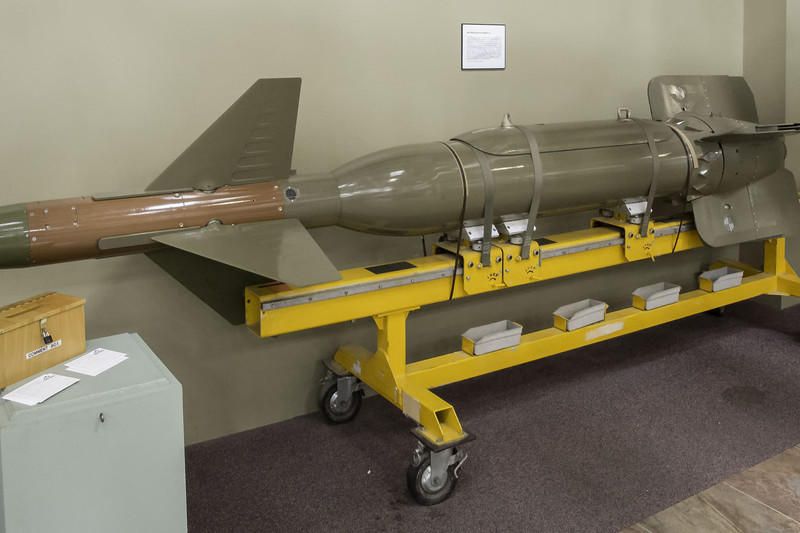 Should Congress Block the Sale of Laser Guidance Systems for Precision Bombs to the United Arab Emirates? (S. Joint Res. 37)

This resolution would prohibit the sale of guidance system kits for Paveway II laser-guided bombs to the United Arab Emirates in collaboration with France and the United Kingdom using the authority granted to Congress under the Arms Export Control Act. Specifically, it would block the sale of 44,000 GBU-12 Paveway II kits and 16,000 GBU-10 Paveway II kits.

As a joint resolution, this legislation would advance to the House if passed by the Senate and would have the force of law if enacted.

The United Arab Emirates has played a key role in the Saudi-led coalition against Iran-backed Houthi rebels in Yemen, a campaign which has featured appalling civilian casualties from strikes carried out by the coalition. Blocking this arms sale would encourage the coalition to rein in its tactics.

The United Arab Emirates is a key U.S. ally in the Middle East and is fighting an Iran-backed insurgency that would further destabilize Yemen and exacerbate regional threats to civilian populations and international shipping. Selling the UAE laser guidance kits for precision bombs will help reduce civilian casualties.

In-Depth: Sen. Bob Menendez (D-NJ) introduced this resolution in conjunction with 21 other resolutions to block a total of $8 billion in arms sales to Saudi Arabia and the United Arab Emirates the Trump administration approved “based on a false emergency and without Congressional consent.” The package cleared the Senate, and several were later passed by the House.

President Donald Trump vetoed this resolution and the other two which reached his desk, saying it undermines the safety of “the more than 80,000 United States citizens who reside in Saudi Arabia who are imperiled from Houthi attacks from Yemen.” In his veto message, Trump added:

“[B]y restricting the ability of our partners to produce and purchase precision-guided munitions, S.J.Res. 37 would likely prolong the conflict in Yemen and deepen the suffering it causes. By undermining bilateral relationships of the United States and impeding our ability to support key partners at a critical time, the joint resolution would harm — not help — efforts to end the conflict in Yemen. And without precision-guided munitions, more — not fewer — civilians are likely to become casualties of the conflict. While I share the concerns that certain Members of Congress have expressed about civilian casualties of this conflict, the United States has taken and will continue to take action to minimize such casualties, including training and advising the Saudi-led Coalition forces to improve their targeting processes.”

This legislation has the support of seven bipartisan cosponsors, including four Republicans and three Democrats.

Of Note: The Arms Export Control Act requires the administration to notify Congress 30 calendar days before it concludes a foreign military sale to a non-major ally and allows Congress to modify or reject the sale using expedited procedures.

After a disapproval resolution is introduced in the Senate, the Foreign Relations Committee has 10 calendar days to report it, and if no action is taken the lawmaker introducing it can force a floor vote on a motion to discharge the resolution. If it succeeds, the resolution is then considered with overall debate limited to 10 hours. The House doesn’t have a discharge procedure, although the resolution is still given expedited consideration in the chamber.