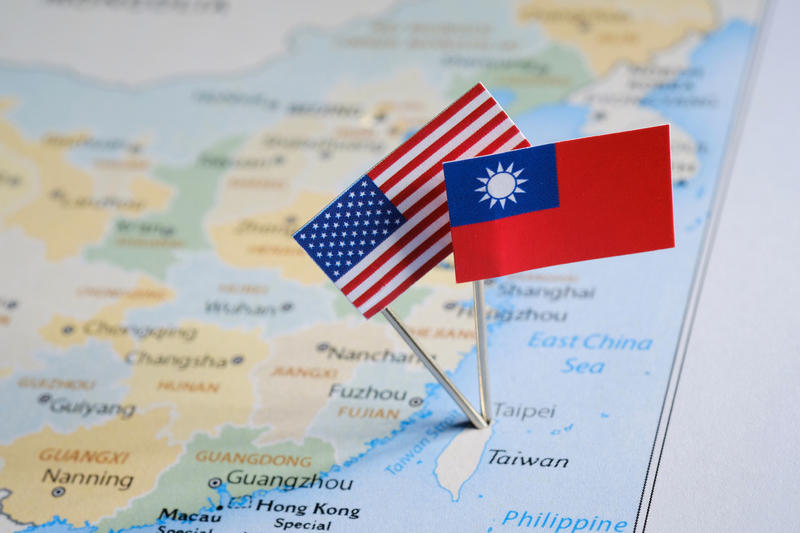 Should the U.S. Enhance its Diplomatic Support of Taiwan? (S. 1678)

This bill would direct the Secretary of State to consult with the appropriate congressional committees with respect to proposals to increase or decrease the U.S. government’s economic, security, or diplomatic engagements with other nations as a result of their positions towards Taiwan.

Additionally, this bill would make it U.S. policy to:

Finally, this bill would express the sense of Congress that the U.S. should engage in bilateral trade negotiations with Taiwan. These negotiations would have the goal of entering into a mutually beneficial free trade agreement that protects U.S. workers and benefits U.S. exporters.

China’s increasingly aggressive stance toward Taiwan imperils its continued existence as a free, democratic, and independent nation. The U.S. should continue its historic diplomatic support of Taiwan to ensure regional peace and stability, and those goals would be furthered by the passage of this bipartisan bill.

While it’s important to support democracies around the world, it’s more important to avoid worsening the trade war and hurting the U.S. economy. Now isn’t the time for Congress to interject itself into the fragile China-Taiwan relationship while the U.S. is engaged in trade negotiations with China.

In-Depth: Sen. Cory Gardner (R-CO) introduced this bill to strengthen Taiwan’s standing around the world in response to pressure and bullying tactics being exerted against it by China:

“The United States should use every tool to support Taiwan’s standing on the international stage. This bipartisan legislation demands a whole-of-government approach to ramp up our support for Taiwan, and will send a strong message to nations that there will be consequences for supporting Chinese actions that undermine Taiwan.”

“Taiwan’s commitment to democracy is inspiring and deserves to be celebrated. The Senate’s approval of this important legislation will help to preserve Taiwan’s international space and safeguard their democracy and free market economy.”

Taiwan’s representative office in the U.S. expressed gratitude after it unanimously passed the Senate. In a Facebook post, it said, “Taiwan will continue working closely with the U.S. and other like-minded countries in the region to contribute to peace, stability, and well-being in the Indo-Pacific region.”

The Trump administration views a “strong, prosperous and democratic Taiwan” as part of the rules-based order that the U.S. has a vital interest in upholding. In a recent strategy, the Pentagon expressed commitment to pursuing a strong relationship with Taiwan, particularly in light of Beijing’s pressure campaign against it.

However, at the same time, President Trump’s position on Taiwan has seemed to vacillate between strongly supporting the Taiwanese regime and wanting to merely use Taiwan as leverage against China on trade and North Korea. In a September 6, 2018 column in the Washington Post, Josh Rogin reported that a “senior administration official” described a dynamic in which “[t]his administration, from a personnel perspective, has the most hawkish Taiwan team ever…But if Xi calls [Donald Trump] and complains, the president’s instinct is to defer to that because there is always some pending issue in which we want something from the Chinese.”

Of Note: During a hearing for this bill’s House companion on October 23, 2019, Rep. John Curtis (R-UT) noted that China — which views Taiwan as a rogue province — has actively used its growing influence to coerce Taiwan’s diplomatic allies in the Indo-Pacific region to break ties with it. After the independence-leaning Democratic Progressive Party’s Tsai Ing-wen was elected president of Taiwan in 2016 and subsequently refused to accept the one-China principle, Beijing suspended diplomatic exchanges with Taiwan, staged war games around the island, and poached seven allies away from Taipei. After a September 2019 switch in alliance by the Solomon Islands and Kiribati, Taiwan now has only 15 diplomatic allies, most of which are impoverished countries in the Pacific and Latin America.

Summary by Eric Revell with contributions from Lorelei Yang