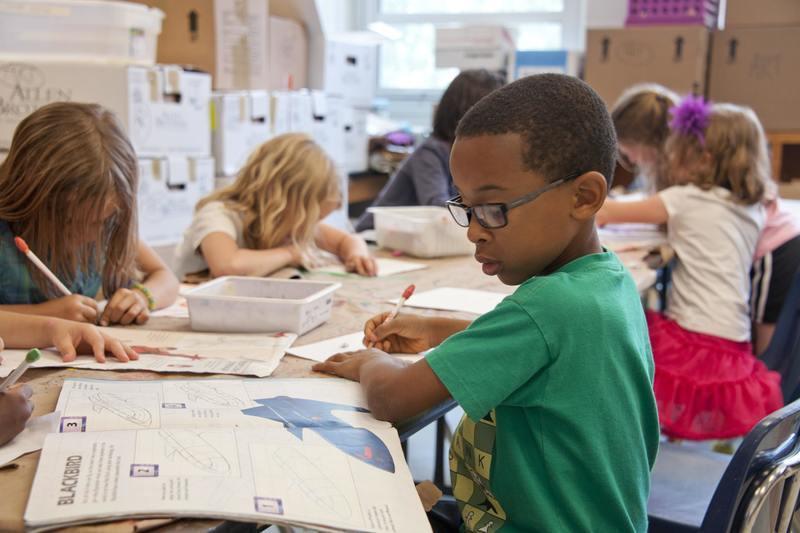 This bill would direct the Dept. of Education to award grants to specified educational agencies (e.g., local educational agencies) to develop or implement plans to improve diversity and reduce or eliminate racial and/or socioeconomic isolation in publicly-funded early childhood education programs, public elementary schools and public secondary schools. Grant recipients would be required to use the grants to support students through certain activities, such as weighted lotteries or school boundary redesign, intended to improve diversity in schools.

Grant recipients would be required to design high-quality plans to support students. Accordingly, plans would be required to include comprehensive sets of strategies designed to improve academic outcomes for all students, particularly students of color and low-income students. Alternatively, grant recipients could also use funds received under this bill to recruit additional teachers and staff, to invest in specialized academic programs, or to develop innovative and equitable school assignment plans.

This bill would also allow the Dept. of Education to carry out national activities under the grant program. These could include developing best practices for grant recipients and other school diversity experts.

Finally, this bill would require the Dept. of Education to establish performance measures for this program and its related activities.

Fostering diversity in schools is an important component of raising children who empathize with and seek to establish bonds with others of differing racial, ethnic and socioeconomic backgrounds. This is important for both success and belonging in an increasingly multicultural world, and the federal government should provide funding to local educational agencies for those purposes.

This legislation was drafted on a purely partisan basis and has no chance of becoming law as written. It’s poorly conceived and a more bipartisan solution would allow the funding to go directly to school districts rather than adding a layer of bureaucracy, in addition to expanding school choice for families. On the other hand, it’s limited only to communities that want to participate, so communities that most need to engage in school desegregation efforts are unlikely to be affected by this legislation.

Youth; schools; diversity; racial and socioeconomic diversity in publicly-funded schools; and the Dept. of Education.

“The Strength in Diversity Act will help promote the desegregation of, and elimination of racial and socioeconomic isolation in, all of our nation’s schools. The bill enables school districts and communities to invest in inclusive public education by supporting effective solutions enforcing the spirit and letter of the decision in Brown v. Board of Education. I am proud to again sponsor the Strength in Diversity Act in the House to ensure the Department of Education enhances six decades of American progress since Brown and halts the resurgence of segregated schools, programs and classrooms.”

“The federal government needs to be doing more to support local efforts to make education a more diverse and inclusive experience. Far too often, for reasons of legacy or policy, students of color or in low-income communities are shut out of the opportunity to get a good education. As years of research have shown us, school integration benefits students and communities. Our bill will help in this effort by providing grants to school districts that want to increase diversity in schools.”

The National Coalition on School Diversity Steering Committee is among a number of education advocacy groups that supports this bill. Philip Tegeler, a member of the Coalition, says:

Despite supporting this bill, some proponents of school desegregation acknowledge that this legislation has significant shortcomings, mostly owing to the fact that it’s limited only to communities that choose to participate in the program. However, Gary Orfield, co-director of the Civil Rights Project at the University of California - Los Angeles, says, “This is a glass of water in a desert of policy in this area. This is not a bill that’s going to change the world, but it could change the discussion.”

House Committee on Education and Labor Committee Republicans, who opposed this bill’s passage out of committee, called this legislation’s approach “a way sure to add to the federal government’s long list of broken promises” with regard to better integrating schools. In their minority views report, the Republicans contended the Rep. Rick Allen’s (R-GA) substitute amendment to this legislation, which would have expanded the Student Support and Academic Enrichment Grants (SSAEG) in the Every Student Succeeds Act to allow school districts to use funds to reduce or eliminate racial or socioeconomic isolation in schools, offered a better approach to giving school districts federal funds for school diversity efforts. Committee Republicans concluded:

“While there is significant alignment between Committee Democrats’ and Committee Republicans’ goals with respect to H.R. 2639, Committee Republicans also believe expanding opportunities for students should be a priority. School choice gives families the opportunity to break the cycle of poverty and enroll their children in challenging environments that better develops their skills and intellects, encouraging them to reach higher… As outlined in these Minority Views, H.R. 2639 is a lost opportunity. Bipartisan compromise was possible to advance the shared goals of addressing the effects of racial and socioeconomic isolation in education. Unfortunately, Committee Democrats chose a partisan path. Additionally, Committee Republicans believe no effort to erase the evil legacy of segregation and discrimination can be complete without eliminating the state's ability to trap students in low-performing schools. We invite Democrats to listen to parents desperate for better educational options for their children.”

This bill passed the House Committee on Education and Labor by a 26-20 vote with the support of 105 Democratic House cosponsors. Its Senate companion (S.1418), sponsored by Sen. Chris Murphy (D-CT), has six Senate cosponsors, including five Democrats and one Independent, and has yet to receive a committee vote.

Numerous educational, racial justice, and teachers’ advocacy organizations support this bill. They include the American Federation of Teachers (AFT), National Association for the Advancement of Colored People (NAACP-LDF), and National Education Association (NEA).

Of Note: In a 2018 research brief, the National Coalition on School Diversity made the case that diversity strengthens schools and prepares youth to thrive in multicultural societies of the future. Among its findings, the NCSD report found that giving youth from different racial and ethnic backgrounds opportunities to have “sustained contact with each other” and establish cross-racial friendships are important elements of bringing youth together across racial and ethnic lines.

The Obama administration, particularly former U.S. Secretary of Education John B. King Jr., placed a high value on the importance of diversity. Towards the end of the Obama presidency, the administration introduced a $12 million grant program to boost diversity in schools. However, before it was able to get off the ground, that program was pulled by Trump administration Secretary of Education Betsy DeVos. DeVos has also rescinded Obama-era guidance highlighting ways for schools to promote racial diversity.