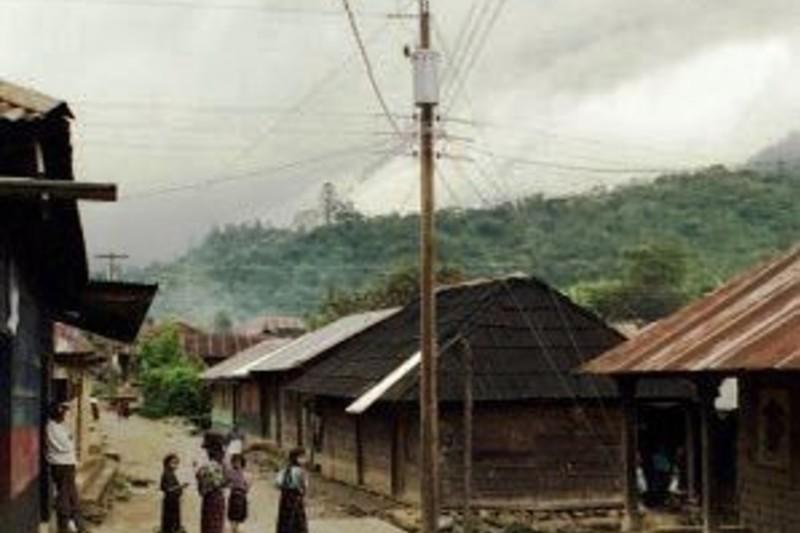 Should the U.S. Increase Foreign Aid to El Salvador, Guatemala and Honduras? (H.R. 2615)

This bill — the United States-Northern Triangle Enhanced Engagement Act — would authorize $577 million in foreign assistance to the governments of the Northern Triangle countries of El Salvador, Guatemala and Honduras for FY2020 if certain conditions are met. It would also reassert congressional intent by prohibiting the reprogramming, transfer or rescission of Central America foreign assistance funds for. Finally, it would require the Secretary of State, USAID Administrator and other U.S. government officials to promote inclusive growth and development, combat corruption, strengthen democratic institutions and improve security considerations in the Northern Triangle.

To receive the money appropriated in this bill, Northern Triangle governments would have to prove they are meeting 14 criteria, including: informing citizens of the dangers of migrating to the U.S; combatting human trafficking, drug smuggling, and corruption;  reforming public institutions and tax policies; ending the role of the military in domestic policing; and supporting programs to end poverty.

Instability, economic issues, and violence in the Northern Triangle countries of El Salvador, Guatemala, and Honduras are pushing those countries’ citizens to migrate north to Mexico and the U.S. This perilous journey is dangerous for them and is also creating a refugee crisis on America’s southern border. Addressing the root causes of instability in the Northern Triangle countries will decrease the reasons pushing those countries’ citizens to migrate to the U.S. and elsewhere.

As sovereign governments, the governments of Honduras, El Salvador and Guatemala should be responsible for solving their own domestic issues on their own. The United States’ only obligation to these countries’ governments are to keep migrants from those countries who are attempting to enter the U.S. illegally out and to return them to the countries they came from when caught within U.S. borders.

“It’s a dangerous, terrifying thing to move your entire family to an unknown place. And many people only make that decision when they feel like they have no other option. The best way for the United States to address the challenges facing El Salvador, Guatemala and Honduras is by investing in a safer and more prosperous Central America and helping to create more opportunities for those who live there. This legislation demonstrates Congress’s continued commitment to the people of Central America.”

“Central America continues to face serious economic and security challenges that are threatening regional stability and driving waves of illegal migrants to the United States. In order to address this crisis effectively, we must look to the conditions on the ground. This bill outlines a clear and consistent strategy to provide U.S. assistance in four key areas: economic development; anti-corruption; democracy and governance; and security. It also establishes metrics to ensure that our aid effectively addresses illegal migration and demonstrates that these countries are doing their part to stem the flow. As a Texan, I understand the frustration over the challenges we continue to face at our border and am committed to addressing the root causes of illegal migration and helping to facilitate a more prosperous Central America.”

“With all the focus on migrants at our borders, we must think about how investing in the well-being of children and communities in Northern Central America is critical to addressing the violence and poverty that force families to migrate. Helping families in this region is both morally right and economically smart. At UNICEF USA, we believe that whether children are migrants, refugees or internally displaced, they are all children first. Legislation like the United States-Northern Triangle Enhanced Engagement Act are critical as UNICEF continues to work with governments in Central America and Mexico to help alleviate the root causes of migration, protect children from violence and crime, and support children through health and education programs. I applaud Rep. Eliot Engel and Rep. Michael McCaul for their bipartisan work and commitment to protecting families and children in need in Northern Central America.”

Of Note: The Washington Office on Latin America (WOLA) points out that Northern Triangle countries are experiencing record levels of violence. This region of Central America is plagued by poverty, violence, and deteriorating government stability. In Honduras, two-thirds of the population lives in poverty and 20% of the population lives on less than $1.90 a day. Fewer than one in ten violent crimes are solved in Honduras, in part because many police officers also moonlight as enforcers for the organized crime syndicates that have made Honduras one of the world’s most dangerous countries. Finally, there’s been a rash of recent droughts that threaten the food security of millions.

Reps. Engel and McCaul were visiting USAID programs in El Salvador on a bipartisan Congressional delegation trip when they learned of President Trump’s decision to stop U.S. assistance to the Northern Triangle. Both Representatives have said that it’s counterproductive to cut off funds targeted at addressing the root causes of migration from the Northern Triangle.