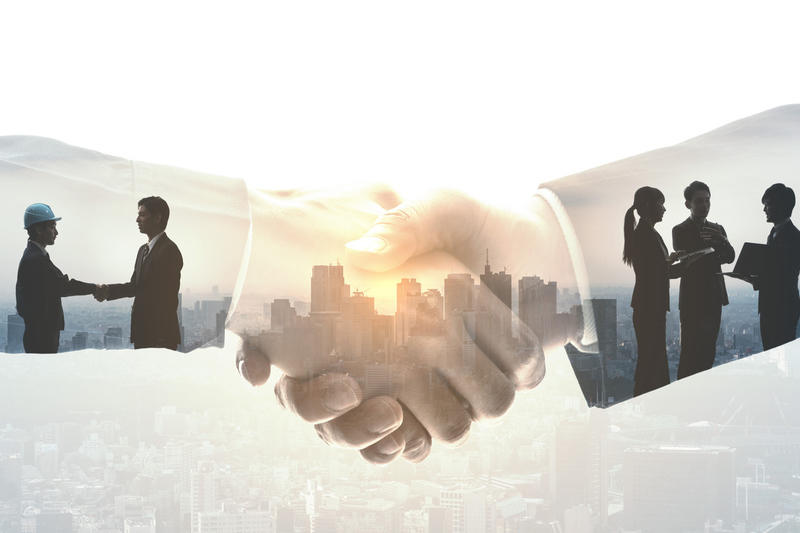 This bill — the Protecting the Right to Organize (PRO) Act of 2019 — would strengthen protections for workers’ right to organize a union and collectively bargain for higher wages, better benefits, and safer working conditions. It would also bolster remedies for and punishing violations of workers’ rights, such as through the misclassification of workers as independent contractors.

The bill would authorize the National Labor Relations Board (NLRB) to:

This bill would seek to enhance workers’ right to strike for higher wages and better working conditions by:

Employers would be prohibited from misclassifying their employees as supervisors or independent contractors and prevent workers from being denied remedies due to their immigration status. It would ensure that employees have the right to collectively bargain with all of the companies that control the terms of their employment and which are necessary partners for meaningful collective bargaining. This bill would also require employers to post notices informing workers of their rights under the NLRA and to disclose contracts with consultants hired to persuade employees on how to exercise their rights.

Although Americans are becoming increasingly interested in and supportive of labor unions, union membership is at its lowest point ever. This is due to the lack of laws supporting labor unions and the proliferation of right-to-work laws. By strengthening labor unions, this bill will protect workers and raise workers’ wages.

This bill would force workers to join unions regardless of whether they want to do so and hurt opportunities for people working as independent contractors. Most importantly, by making the regulatory environment more challenging for businesses, this bill would make it impossible for the economy to continue growing at its current pace.

“Evidence and experience demonstrate that labor unions are one of the most powerful tools workers have to improve the standard of living for themselves and their families. However, there are currently no meaningful penalties for predatory corporations that use unlawful tactics to discourage workers from organizing a union. The PRO Act is a comprehensive proposal to ensure that workers have the right to stand together and negotiate for higher wages, better benefits, and safer working conditions.”

In a letter to his Congressional colleagues seeking cosponsors for this bill, Rep. Scott observed that the NLRA in its current incarnation isn’t strong enough:

“The NLRA has few tools to deter persistent violations — such as firing workers who support forming a union. This has contributed to the erosion of union density, which has decreased from 33.2 percent of the total workforce in 1956 to only 10.5 percent in 2018.”

The House Education and Labor Committee contends that unions are “critical to increasing wages and addressing income inequality.” It notes that union members earn 13% more than non-union employees with similar education, occupation, and experience in nonunion workplaces. The HELP Committee also notes that “toothless” labor laws have allowed “unscrupulous employers” to erode union membership, leading to a decrease in union membership from 33% in 1956 to 10% in 2018.

The AFL-CIO supports this bill. In testimony before the House Education and Labor Subcommittee on Health, Employment, Labor and Pensions in support of this legislation, AFL-CIO President Richard Trumka said:

“2018 was the biggest year for collective action in three decades. Teachers from West Virginia to Arizona. Google employees. Workers in every sector and every region are embracing the transformational power that comes from joining together in common cause. MIT found that half of non-union workers would vote to join a union today if given the chance. That’s more than 60 million Americans. So why haven’t we seen a rise in union membership commensurate with this surge in approval, recognition and desire? The answer is clear: Our woefully outdated labor laws no longer serve as an effective means for working people to have our voices heard… Today, union-busting consultants are paid tens of millions of dollars to deny workers a voice on the job. And once a union election is won, these same bad actors do everything in their power to undermine the collective bargaining process. Workers are forced to sit in meetings where the only item on the agenda is bashing the union. Pro-union workers are fired. Employers refuse to bargain in good faith. Some refuse to bargain at all. And far too often, the financial consequences for breaking federal law are virtually nonexistent. This must change. The Protecting the Right to Organize Act will change it…  The PRO Act would do many important things, chief among them provide more substantial relief for workers whose rights have been violated...ensure a process for reaching a first contract once a union is recognized...and create a true deterrent, so employers think twice before violating the law. Something is happening in America. Workers are embracing collective action with a fervor I haven’t seen in a generation. It is time for our laws to catch up. It is time to make the PRO Act the law of the land.”

“The PRO Act… [seeks] to prop up labor unions at the expense of employers and employees. Among the many pernicious provisions in the PRO Act, perhaps the worst would repeal right-to-work laws that have been adopted in 27 states. Those laws protect employees by preventing them from being fired for not providing monetary support to a union with which they do not wish to affiliate. Naturally, unions have detested those laws since the passage of the Taft-Hartley Act that allowed them because it deprives labor of the ability to coerce membership—and dues… Overall, the PRO Act lays out the most current wish list of organized labor and their allies, and it does not bode well for workers, employers, or the economy… The PRO Act also eviscerates employers’ rights by stripping their standing in NLRB representation cases. In other words, an employer being targeted by a union organizing drive would have no right of recourse to the NLRB, no matter how disruptive union behavior gets. On the other side, the bill would impose personal liability on employers for alleged NLRA violations… [A]nyone who wants the economy to continue its upward trajectory should just say no.”

“Workers should be given the opportunity to freely choose whether to join and pay a union. Workers should be in control of when and how their private information is shared with groups and organizations. When it comes to the terms and conditions of their employment, workers should have more say, not less. Small businesses should be freed from regulatory burdens so that they and their employees can flourish. The PRO Act is not only pro-forced unionization, it is anti-worker and anti-freedom.”

This legislation has 193 Democratic House cosponsors in the 116th Congress. Its Senate companion, sponsored by Sen. Patty Murray (D-WA), has 40 Senate cosponsors, including 39 Democrats and one Independent.

Vox’s Alexia Fernández Campbell notes that it’s “highly unlikely” that any Senate Republicans will support this bill. In fact, she notes, Republicans are moving in the opposite direction from this bill, trying to pass a Senate bill that would implement right-to-work laws in every state.