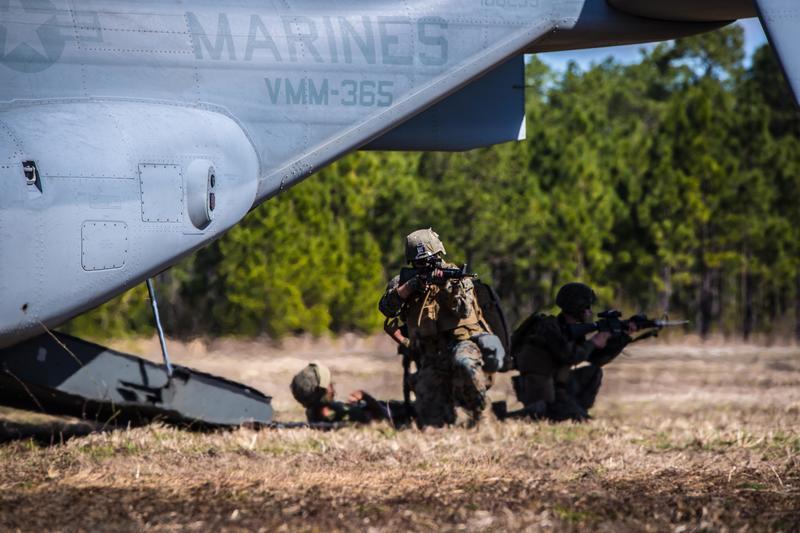 This bill would authorize $724.9 billion in discretionary defense spending for fiscal year 2020, of which $655.9 billion would go to the base budget and $69 billion to Overseas Contingency Operations (OCO). It would also authorize an additional $8 billion in mandatory spending on military healthcare and veterans benefits. An in-depth summary of how its various provisions impact troops, military families, equipment, and other aspects of U.S defense policy can be found below.

Troops & Families: This section of the bill would fully fund a 3.1% pay raise for the troops and set an active duty end strength of of 1,339,500 soldiers, sailors, aviators, and Marines. A total of $154.6 billion would be authorized for pay, allowances, bonuses, death benefits, and permanent change of station moves.

Additionally, this section would:

Equipment: The acquisition and modernization of several key defense technologies would be stepped up under this bill, including:

Additionally, this section would require the Navy to carry out the nuclear refueling and complex overhaul of the aircraft carrier and would be required to maintain at least 11 carriers.

Nuclear Deterrence: The DOD would be required to establish a working group to engage in military-to-military dialogue with Russia, China, and North Korea to reduce the risk of miscalculation, unintended consequences, or accidents that could precipitate a nuclear war.

Funding for the deployment of a low-yield ballistic missile warhead would be prohibited. An independent study would be required on the no-first-use policy for nuclear weapons.

Missile Defense: A total of $108 million would be authorized to fund the development of a space-based sensor layer for missile defense technologies to track ballistic and hypersonic threats from space.

Space: This bill would establish the Space Force within the Air Force and continue the procurement of equipment for national security space launch programs.

Russia: The DOD would be required to develop a strategy to counter Russian election interference in advance of the 2020 elections and brief Congress on those efforts.

A total of $250 million would be provided to the Ukraine Security Assistance Initiative, which provides support and assistance to the Ukrainian Armed Forces. Only $50 million of that assistance could be used for lethal defensive equipment. The use of funds for activities that would include the recognition of Crimea under Russian sovereignty would be prohibited.

This bill would require DOD to develop a strategy to counter Russian aggression in the Black Sea. Additionally, delivery of F-35 Joint Strike Fighter aircraft to Turkey would be prohibited if it acquires the S-400 air and missile defense system from Russia.

European Defense Initiative (EDI) programs would be funded at $6.5 billion and would be transferred from Overseas Contingency Operations to the base budget. Within that total, $794 million would go to military construction, anti-submarine warfare, and other urgent priorities to deter Russia.

North Korea: The DOD would be required to continue its reporting on Military and Security Developments involving North Korea for two years. The report would have to address developments in North Korea’s nuclear program, including the size and state of the program and projections of North Korea’s future arsenals.

This section would prohibit the use of funds to reduce the total number of U.S. active duty servicemembers deployed to South Korea below 28,500 unless the Secretary of Defense certifies that it’s in the national security interest, won’t significantly undermine the security of regional allies, and that South Korea & Japan have been appropriately consulted.

Counterterrorism: This section would provide:

This bill would authorize funding for many bipartisan priorities with regard to defense policy, from providing troops with a 3.1% pay raise and funding the acquisition of key technologies, to strengthening alliances against threats around the world. It also would prevent the wasteful diversion of defense dollars to building a wall, fence, or other barrier along the Southern border, which undermines military readiness.

This bill falls short of authorizing the funding needed to restore military readiness in response to threats from Russia, China, and North Korea. It also threatens to spoil the spirit of bipartisanship that has enabled the adoption of 58 consecutive NDAAs by Congress by including Democratic riders allowing the transfer of Guantanamo Bay detainees to the U.S., inhibiting nuclear weapons programs, and blocking border security activities.

The CBO estimates that enacting this bill would authorize $727.569 billion in funding for FY2020.

In-Depth: House Armed Services Committee Chairman Adam Smith (D-WA) expressed that while much of this bill reflects bipartisan priorities, it reflects Democratic values in the realm of defense policy:

“I thank Ranking Member Thornberry for his leadership as past Chairman. I believe I have shown him the same respect and goodwill he once extended to me as Chairman. For years, Democrats sat in the minority and had to live with certain Republican provisions in previous iterations of the NDAA. But the fact remains, Democrats are now in the majority, and while we can all agree on more than 95 percent of this year’s NDAA, the bill will inevitably reflect Democratic values.”

“Traditionally, the NDAA earns broad bipartisan support from Members on both sides of the aisle. Recently, this support has allowed Congress to arrest a lethal crisis in military readiness, provide support to troops and their families, reform the Pentagon to bring needed efficiency and agility, and guide and oversee the President and DOD on critical national security matters. I hope Congress can continue that tradition this year. There are a number of provisions in the bill that meet that standard. There are others that are troubling.”

This legislation passed the House Armed Services Committee on a mostly party-line vote of 33-24, with only two Republicans — Reps. Elise Stefanik (NY) and Don Bacon (NE) — voting to report the bill favorably after they opposing Smith’s version of the bill.

The Senate passed its version of the FY2020 NDAA, which would authorize $750 billion in defense spending, on a bipartisan 86-8 vote.

Of Note: If a National Defense Authorization Act (NDAA) is enacted for FY2020, it would mark the 59th consecutive year that Congress approved a NDAA. The NDAA authorizes spending and sets defense policies, it doesn’t provide actual funding for defense which is provided through the appropriations process.