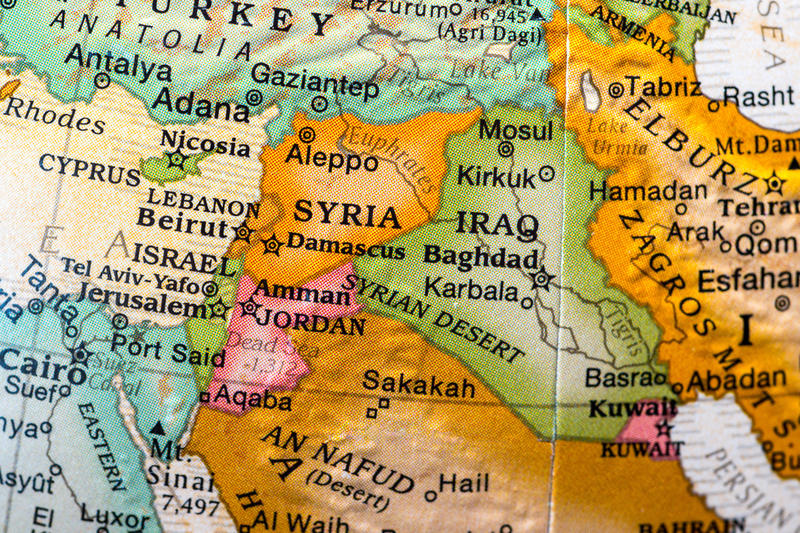 Should the House Endorse the Two-State Solution to the Israeli-Palestinian Conflict? (H. Res. 326)

This resolution expresses the sense of the House of Representatives that only a two-state solution to the Israeli-Palestinian conflict can ensure Israel's survival as a secure Jewish and democratic state and fulfill the legitimate aspirations for a Palestinian state. It would also express that any U.S. proposals that fail to expressly endorse a two-state solution will likely put a peaceful end to the conflict further out of reach. It also warns against possible efforts by the Trump administration to endorse or encourage unilateral Israeli annexations in the West Bank.

The two-state solution is the best way to resolve the Israeli-Palestinian conflict. Given Israeli Prime Minister Netanyahu’s recent commitments to annexation of occupied parts of the West Bank and the Trump administration’s refusal to condemn his comments, the House needs to take a strong position in favor of a two-state solution.

This toothless resolution has no enforcement power to keep Israel from aggressively annexing disputed territories. The House shouldn’t waste its valuable floor time on an unenforceable resolution.

In-Depth: Rep. Alan Lowenthal (D-CA) introduced this resolution to express the House’s sense that any U.S. plan or proposal for peace in the Middle East must include and center on a two-state solution.

J Street supports this resolution and has lobbied members of Congress in its favor. Its president, Jeremy Ben-Ami, says:

“This resolution sends a clear message that members of Congress do not accept the Netanyahu government’s continued drift toward annexation and permanent occupation in the West Bank. Coming just weeks before the Trump administration is expected to release a ‘proposal’ likely to empower the Israeli settlement movement and abandon the two-state solution, this is a vital rejection of the approach taken by Jared Kushner and Ambassador David Friedman.”

Logan Bayroff, J Street’s director of communications, adds that “Congress has a huge role here to make clear that whatever the actions and preferences of this particular administration, the long-term interests of the United States and of Israel remain bringing a peaceful and viable end to the Israeli-Palestinian conflict. The only way that’s ever going to happen is through a two-state solution.”

President Trump’s Middle East peace team, led by Jared Kushner and Jason Greenblatt, has refrained from endorsing a two-state solution to the Israeli-Palestinian conflict. In June 2019, U.S. Ambassador to Israel David Friedman told the New York Times that Israel “has the right” to annex parts of the West Bank. Friedman’s comments raised concerns that the administration is giving a green-light to Netanyhau to take unilateral measures to decide Israel’s borders.

In an interview with Jewish Insider, Rep. Lowenthal said he believes party politics are behind this resolution’s lack of Republican cosponsors:

However, Senate Republicans have taken a public stance in favor of the two-state solution. Sen. Lindsey Graham (R-SC) is working on a bipartisan resolution affirming support for the two-state solution with Sen. Chris Van Hollen (D-MD). In an interview with McClatchy D.C., Sen. Graham said, “I just can’t envision how you can solve this with a one-state solution.” He added:

“I don’t want to get in the way of Jared [Kushner], but I can’t envision a one-state solution. It won’t work. I mean, you’d have to disenfranchise the Palestinians, that won’t work. If you let them vote, as one state, they’ll overwhelm the Israelis. That won’t work. So if you want to have a Democratic, secure Jewish state, I think you have to have two states to make that work.”

Of Note: Days before Israel’s April 9, 2019 elections, Prime Minister Netanyahu pledged to commence unilateral annexation of portions of the occupied West Bank if re-elected. In an interview, he said, “I will impose sovereignty, but I will not distinguish between settlement blocs and isolated settlements. From my perspective, any point of settlement is Israeli, and we have responsibility as the Israeli government. I will not uproot anyone, and I will not transfer sovereignty to the Palestinians.”

According to J Street’s Ben-Ami, the Trump administration has refused to rebuke Netanyahu’s pledge and has repeatedly indicated its disinterest in seriously pursuing a peace agreement that reflects both Israelis’ and Palestnians’ interests and needs:

“With the support of President Trump, Prime Minister Netanyahu is leading his country down a dangerous path to permanent occupation and endless conflict — and imperiling the shared interests and values at the heart of the US-Israel relationship. At a moment like this, lawmakers who care about the future of Israelis and Palestinians need to speak out.”

Saeb Erekat, a veteran former Palestinian negotiator, says the international community, and especially the Trump administration, is responsible for Israel’s policies with regard with Palestine: