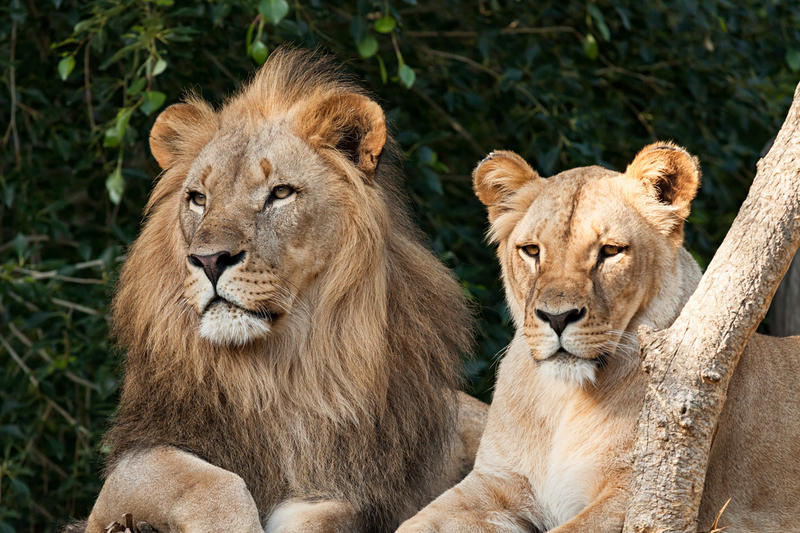 Should the U.S. Limit Imports of Sport-Hunting Trophies From African Lions & Other Potentially Endangered Species? (H.R. 2245)

This bill — the Conserving Ecosystems by Ceasing the Importation of Large (CECIL) Animal Trophies Act — would restrict the importation of African lion trophies and other sport-hunted species that have been proposed for listing under the Endangered Species Act (ESA).

The first provision of this bill would offer an additional 12-18 months of protection for vulnerable species that haven’t yet had a finalized listing under the ESA. Currently, the ESA requires that proposed listings be finalized or withdrawn no later than a year after the proposal is made, with a six-month extension possible in the case of scientific uncertainty.

The importation of trophies from big game hunting in foreign countries is controversial and should be limited. Ensuring that trophies from African lions and at-risk species proposed for Endangered Species Act (ESA) listing can’t be brought into the U.S. will help protect endangered animals and help contain public outrage about Americans hunting for sport abroad.

By limiting the importation of trophies from species proposed, but not placed, on the Endangered Species Act, this bill would severely restrict Americans’ ability to hunt for sport abroad and bring their trophies home. In doing this, this bill could potentially harm the conservation cause by reducing the Fish and Wildlife Services’ revenue from hunters, which helps fund conservation.

In-Depth: Rep. Raúl M. Grijalva (D-AZ) reintroduced this bill from the 115th Congress to restrict the importation of African lion trophies and other sport-hunted trophies that have been proposed for listing under the Endangered Species Act (ESA). In a letter to his Congressional colleagues seeking original cosponsors for this bill in the current Congress, Rep. Grijalva wrote:

“The killing of Cecil – an African lion that was lured out of protected territory in Zimbabwe, shot with an arrow and tracked for nearly 2 days before he was finally slaughtered – in 2015 caused understandable outrage among the American public. Despite that event, former Interior Secretary Ryan Zinke loosened trophy hunting standards, prioritized weakened ESA enforcement and founded the widely criticized International Wildlife Conservation Council. Species that are so severely at risk that they have been proposed for Endangered Species Listing should be off limits to trophy hunters. Protecting threatened and endangered species is not just the right thing to do; the health of ecosystems is dependent upon it.”

“Species such as African elephants and lions face grave threats to their survival and there is no credible scientific evidence that legal hunting enhances their conservation. The revenue generated by trophy hunts often fails to provide any meaningful income to impoverished locals. Rather, these hunts usually funnel money into the hands of a select few without improving protections for hunted wildlife populations. No species that faces extinction should be further victimized by someone looking to hang a head on a wall. As President Trump has stated, trophy hunting is a ‘horror show.’ The CECIL Act would reinstate crucial protections for threatened and endangered species, and ensure that the USFWS is prioritizing the conservation of vulnerable wildlife.”

The NRA Hunters’ Leadership Forum and the Sportsmen’s Alliance opposes this bill. It argues that imposing “burdensome” ESA prohibitions on animals proposed, but not yet approved, for ESA listing would “severely diminish” hunting of the proposed species and lead to “years of pointless studies and red-tape lawsuits.” The Sportsmen’s Alliance’s vice president of government affairs, Bruce Tague, says:

“It’s no secret that Rep. Grijalva is an advocate of the radical agenda pushed by the Humane Society of the United States. Grijalva is a past recipient of the HSUS Humane Champion Award and has received a perfect score from HSUS on their issues every year since 2005. What makes things much more serious this year is that Congressman Grijalva’s party is in the majority in the U.S. House of Representatives, and Speaker Nancy Pelosi appointed him chairman of the House Natural Resources Committee, which oversees federal conservation and species protection programs in the United States. While making the case that he wants to save certain species in Africa, Rep. Grijalva is really looking to sneak in language to provide a road map to randomly choose species to list as protected and to ban all hunting.”

The Sportsmen’s Alliance also contends that this bill could be worse, not better, for endangered species’ survival because it might decrease revenue to the FWS from hunters:

“This type of end-run around the existing Fish and Wildlife Service’s science-based management decisions is not only dangerous, but could actually cause further harm to the species they claim to want to protect due to a loss of revenue from American hunters.”

Of Note: This bill is named for Cecil, an African lion lured out of protected territory and killed in an illegal hunt by American dentist Walter Palmer in Zimbabwe in 2015. In a press release after Cecil’s killing, Rep. Grijalva said:

“This sort of incident is why we have endangered species laws and why Republicans need to start taking their enforcement seriously. Instead of having the ear of a responsive congressional majority, Americans who think lions might still be worthy of protection unfortunately have to take to Yelp and find a local chat site to register their outrage. Species conservation, despite Republican eye-rolling and refusal to listen, is not part of some liberal political fringe. It is a priority for Americans – and Africans – who hope to preserve the wildlife we still have left to preserve. Republicans in Washington who don’t believe polar bears, elephants, lions, rhinoceros or other at-risk species are important to their constituents only need to look at the response to this story. Their lack of interest shouldn’t be mistaken for the wishes of the people they represent. This country passionately supports endangered species conservation, and it deserves a Congress that feels the same.”

In response to Cecil’s killing and the ensuing uproar, the Obama-era U.S. Fish and Wildlife Service added two lion subspecies to the ESA, making it more difficult (but still not impossible) for Americans to import dead lions of their body parts. Currently, importation remains legal from a country that uses hunt fees towards animal conservation. In March 2018, the Trump administration’s Fish and Wildlife Service lifted a ban on importing elephant trophies hunted from Africa, which this bill would reverse.