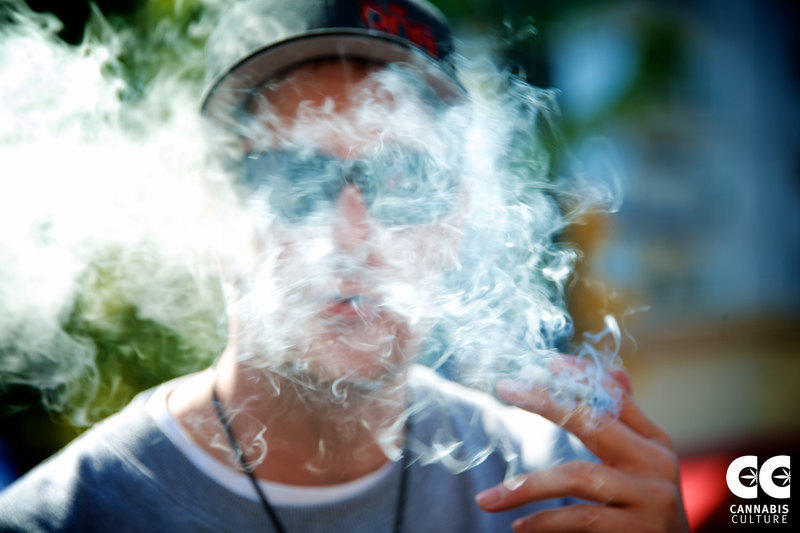 Should the Feds Not Interfere if People & Businesses Comply With State Marijuana Law? (H.R. 2093)

This bill would change federal marijuana law to protect those who are in compliance with state laws while producing, possessing, distributing, dispensing, administering, or delivering marijuana. Basically, if a person's pot use/production/distribution is allowed under state law for recreational or medical purposes — the federal government won't prosecute them.

States should be able to devise systems for regulating marijuana without putting their citizens in a position where they have to worry about breaking federal law.

The federal government shouldn't allow states to normalize the use of marijuana. It needs to enforce laws designed to protect the public health.

People who use, distribute, produce, or administer marijuana products in compliance with state law; the Controlled Substances Act; and law enforcement the local, state, and federal levels.

In-Depth: Sponsoring Rep. Earl Blumenauer (D-OR) reintroduced this bill from the 115th Congress to ensure that each state has the right to determine for itself the best approach to marijuana within its borders:

“Forty-seven states have legalized some form of cannabis and the majority of Americans support its legalization. Our outdated laws have ruined lives, devastated communities, and wasted resources for critical medical treatment and research. Congress needs a reality check. The STATES Act is an important part of the blueprint for more rational federal cannabis policy.”

During a Senate Appropriations Committee hearing in April 2019, Attorney General William Barr expressed support for this bill over the status quo, while still expressing a preference for a uniform federal rule against marijuana:

“Personally, I would still favor one uniform federal rule against marijuana, but if there is no sufficient consensus to obtain that, then I think the way to go is to permit a more federal approach so states can make their own decisions within the framework of federal law, so we’re not just ignoring the enforcement of federal law.”

"The National Congress of American Indians (NCAI) strongly advocates for the recognition of tribal sovereignty and inclusion of tribal governments in national legislation. We appreciate the re-introduction of the STATES Act, which would bring certainty in federal law for tribal nations as separate jurisdictions. Tribal nations, as sovereign governments, and in the spirit of self-determination, must be able to make independent  decisions about their own economic, cultural, and social futures at the local, tribal level.”

“While ABA does not take a position on the legalization of cannabis and the STATES Act is not a banking specific bill, removing the federal prohibition on cannabis in states that have legalized its use would allow banks to accept deposits and provide basic financial services to state licensed cannabis businesses and their service providers. That, in turn, would help those communities reduce cash-motivated crimes, increase the efficiency of tax collections, and improve the financial transparency of the cannabis industry."

President Trump expressed his support for this bill in the 115th Congress. However, Janet Seiberg, an analyst at Cowen Washington Research Group, cast doubt on how much the president's endorsement would matter to this bill's odds of passage, saying, "Despite the president's remarks, we don't see the White House fighting for this legislation."

Senate Majority Leader Sen. Mitch McConnell (R-KY) has expressed his opposition to marijuana legalization in any form, despite introducing a hemp legalization bill in the 115th Congress. At that time, Sen. McConnell drew a distinction between hemp and marijuana, saying, "I do not have any plans to endorse the legalization of marijuana... [Hemp] is a different plant. It has an illicit cousin which I choose not to embrace."
This bill has 27 bipartisan House cosponsors, including 14 Republicans and 13 Democrats. A Senate version with nine bipartisan Senate cosponsorsintroduced
Last Congress, then-Rep. Dana Rohrabacher (R-CA) introduced this bill with 46 bipartisan House cosponsors and it didn't receive a committee vote. This bill also had the support of 12 bipartisan governors last Congress.

Of Note: Eight states and the District of Columbia have legalized and regulated recreational marijuana for adults — although Congress has prevented D.C. implementing it — while 29 states, D.C., Guam, and Puerto Rico permit the medical use of marijuana.

If you're wondering how many people agree with your position on legalizing marijuana, Pew Research has the numbers:

"Support for marijuana legalization is rapidly outpacing opposition. A slim majority (53%) of Americans say the drug should be made legal, compared with 44% who want it to be illegal. Opinions have changed drastically since 1969, when Gallup first asked the question and found that just 12% favored legalizing marijuana use."

An omnibus spending package passed in 2015 included an amendment from then-Rep. Dana Rohrabacher (R-CA), who sponsored the 115th Congress version of this bill, that prevented federal funds from being used to prosecute people who act in compliance with their state's medical marijuana laws. That was subsequently reauthorized by a continuing resolution passed in December 2016 which funded the government through April 28, 2017.