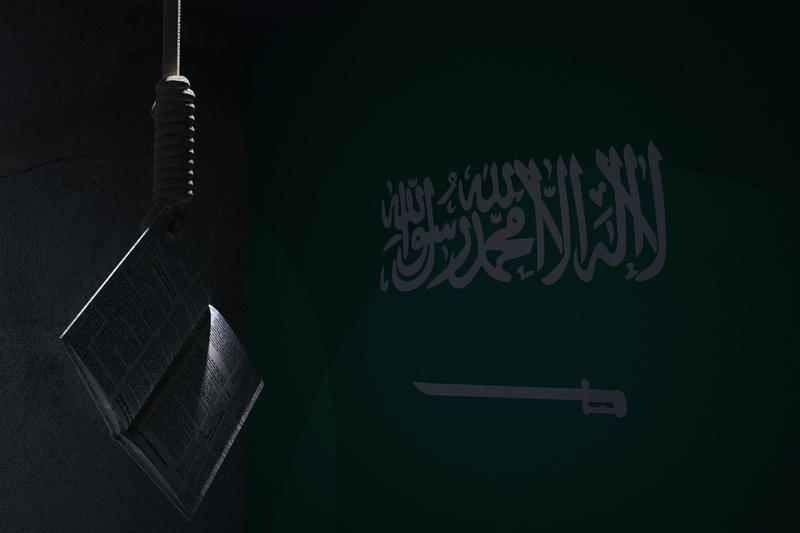 Should Individuals Involved in Jamal Khashoggi’s Murder Be Denied Permission to Enter or Remain in the U.S.? (H.R. 2037)

This bill — the Saudi Arabia Human Rights and Accountability Act of 2019  — would require the Director of National Intelligence (DNI) to report to the Congress on foreign people who he determines played a role in killing Jamal Khashoggi or obstructed the ensuing investigation. Subsequently, the administration would be required to sanction such individuals by permanently denying them permission to travel to, enter into, or remain in the U.S.

This bill would require the Secretary of State to:

The visa ban could be lifted if Saudi Arabia were to meet several human rights conditions, including: 1) releasing unjustly detained journalists and civil society activists; 2) repealing restrictions on travel by women and 3) fully cooperating with international investigations into the murder of Jamal Khashoggi.

The truth about Jamal Khashoggi’s killing in the Saudi consulate in Istanbul still hasn’t been revealed to either Congress or the public, both of whom have a right to know what actually happened. This bill ensures that the truth will come out. Preventing such individuals from entering, or staying in, the U.S. would send a strong signal condemning Khashoggi’s killing.

Publicizing the circumstances of Kashoggi’s killing will anger Saudi Arabia, which is one of America’s most important allies in the Middle East. The U.S. can’t afford to lose or undermine this important alliance. Additionally, a number of Saudi nationals have already been determined to have been involved in Khashoggi’s killing and punished appropriately.

The CBO estimates that satisfying the reporting requirements in this bill would cost less than $500,000 over the 2019-2024 period.

In-Depth: Rep. Tom Malinowski (D-NJ) introduced this bill to punish those responsible for the brutal assassination of U.S. resident and Washington Post journalist Jamal Khashoggi on the six month anniversary of Khashoggi’s killing:

“The Saudi government has claimed, contrary to all evidence, that the murder of Jamal Khashoggi was a rogue operation, not directed by the country’s leaders. If all we do is sanction the rogues, we will reinforce their cover story. This bill ensures that the authors of the crime will be held accountable. It tells the Saudi government that no relationship and no leader is important enough for the United States to tolerate the murder of those who have sought safety on our soil.”

In remarks at a Capitol Hill memorial honoring Khashoggi on the 100th day after his murder, Rep. Malinowski excoriated Saudi leadership for the journalist’s killing and singled out Crown Prince Mohammed bin Salman for his suspected lead role in the killing. He noted “the chaos this man has sown, from the war in Yemen to the blockade of Qatar” and said that as “the author of the crime, the man who ordered it, [he] must be held accountable.” Rep. Malinowski said, “If we decide that he is too powerful or that our relationship with him is too important to speak the truth, then he owns us, and Saudi Arabia owns America, and I cannot accept that as a member of Congress.”

While calling on the White House to use the Global Magnitsky Act to warn the House of Saud that “while you may choose your own leaders, you might want to consider the consequences of giving the keys to your kingdom for the next 50 years to someone who will be forever tainted by this crime,” Rep. Malinowski also said that Congress will step in if the administration fails to “do what’s right” with regards to bin Salman. He said, “We can and should wipe the smug smile of impunity off Mohammed bin Salman’s face, and restore proper balance to our relationship with Saudi Arabia.”

In response to Rep. Malinowski’s questioning during his appearance before the House Foreign Affairs Committee, Secretary of State Mike Pompeo stated that the Trump administration is already doing what it can to identify and punish those responsible for Khashoggi’s death. He said, “We are continuing to develop the fact set using all the tools that we have at our disposal. As we identify individuals who we can hold accountable for the heinous murder of Jamal Khashoggi, we will do so.”

In a joint op-ed in The Hill, Michael De Dora, Washington Advocacy Manager, and Courtney C. Radsch, Director of Advocacy at the Committee to Protect Journalists expressed their support for this bill. They wrote:

“President Trump continues to oppose sanctions against the de facto leader, and even recently bypassed Congress to push through an arms deal with Saudi Arabia… Congress should…  ensure any individuals who were involved in Khashoggi's murder face economic and visa sanctions, including the Crown Prince, unless his lack of responsibility is confirmed. One potential source for a roadmap: the Saudi Arabia Human Rights and Accountability Act of 2019. The bill, introduced by Rep. Tom Malinowski (D-N.J.) on the six-month anniversary of Khashoggi’s murder, requires the director of National Intelligence to provide Congress a list of individuals determined to be responsible for the crime. Those listed would be denied entry to the United States. The bill also includes a sanctions off-ramp. If Saudi Arabia meets several key human rights conditions—including the release of unjustly detained journalists, and full cooperation with international investigations into Khashoggi’s murder—the visa bans could be lifted. In respect for the gravity of this crime, members of Congress should take a closer look at Malinowski’s bill and consider whether it is worth their support, or whether it provides a source of inspiration for a fresh approach. Key to the success of any legislation will be bipartisan support.”

This bill has the support of the Committee to Protect Journalists and Human Rights Watch.

Of Note: Jamal Khashoggi was a well-known journalist and critic of the Saudi government. For decades, he was close to the Saudi royal family and served as an advisor to the government.  However, he fell out of favor and went into self-imposed exile in the U.S. in 2017, from where he wrote a monthly column in the Washington Post in which he criticized the policies of Crown Prince Mohammed bin Salman, also known as MBS.

Initially, Saudi officials denied knowledge of Khashoggi’s whereabouts, and MBS told Bloomberg News that he’d left the consulate “after a few minutes or one hour.” Eventually, on October 20, 2018, state television reported that Khashoggi had been murdered in a “rogue operation” on an intelligence officer’s orders. However, Saudi officials’ accounts of what had happened continued to differ. Ultimately, on November 15, 2018, the Saudi public prosecutor said Khashoggi was given a lethal injection after a struggle, and his body was dismembered inside the consulate after his death.

To date, Saudi Arabia has detained 21 Saudi nationals and dismissed two senior officials in connection with the killing. Saudi King Salman has also ordered a restructuring of the intelligence services — to be headed by MBS. So far, 11 people have been charged in connection with Khashoggi’s death, and the prosecutor is seeking the death penalty in five cases, although none of those officially charged have been identified.

After Khashoggi’s killing and the Saudi government’s admission in late October 2018 that the murder was premeditated, the U.S. government has taken “little action” in response. In late 2018, members of Congress triggered the Magnitsky Act, requiring the president to identify the perpetrators of Khashoggi’s murder and submit a report to Congress within 120 days. However, the report that’s resulted from this investigation has been criticized by some as insufficient.

Senate Foreign Relations Chairman Sen. Jim Risch (R-ID) has stated that he’s satisfied with the Trump administration’s probe into Khashoggi’s death, even while several GOP lawmakers have complained that the administration hasn’t complied with a law requiring them to make a determination in the killing. Politico reports:

“Many Senate Republicans widely believe that Khashoggi was killed at the direction of the Saudi kingdom after hearing from top administration officials last year. But President Donald Trump has declined to join them in that determination even though U.S. intelligence reportedly concluded that Saudi Crown Prince Mohammed bin Salman ordered the killing. Though the Magnitsky Act required the administration to respond to a bipartisan request asking them to come to a conclusion, the White House last week declined to meet the deadline to reply. Multiple Senate Republicans said in interviews on Monday night that they were angry about the administration's move to not comply with the law.”

However, Sen. Risch argues that the administration is acting in good faith to investigate Khashoggi’s death:

"We have had numerous briefings and meetings with the administration where we put the information together that we have, that they had, and like I say it's a work in progress. They've been very forthcoming with us ... they're working in good faith to reach a conclusion on this with some direct evidence."

“The Administration failed to meet its legal requirement to make a determination of responsibility for this heinous murder and report to Congress. I am very disappointed that the response from Secretary Pompeo doesn’t come close to fulfilling the statutory mandate and demonstrates what the administration has wanted all along — the Khashoggi murder to be forgotten. I will continue to push for the President to fully hold accountable those responsible for the death of Mr. Khashoggi and to uphold United States laws.”

In July 2019, House Democrats passed their version of this year’s defense authorization act — a piece of legislation that’s often called “must-pass” because it authorizes funding for the military. Among the amendments offered to the bill were three authored by Rep. Malinowski which focused on the Saudis: 1) a yearlong ban on selling U.S. bombs to Riyadh and its chief partner in the bloody Yemen intervention, the United Arab Emirates; 2) no more money for the two main aspects of U.S. support for that effort, intelligence-sharing and logistical help; and 3) a requirement for the Trump administration to name all people it knows to be involved in the assassination of Khashoggi and place sanctions on them ― a move that would likely target people beyond the 17 Saudi officials already blacklisted for the murder and possibly affect Crown Prince Mohammed bin Salman. Before the vote, Rep. Malinowski expressed optimism about his amendments’ prospects, saying, “I’m reasonably confident that we can get it done in the House.”

Ultimately, the amendment providing for a one-year ban on air-to-ground munitions sold to Saudi Arabia which are being used in the Yemen conflict (H.Amdt.561 to H.R.2500) passed by a 236-182 vote. The amendment requiring an ODNI determination of the parties responsible for Khashoggi’s death, imposing visa sanctions with a national security waiver for those responsible for the killing and requiring a report on human rights in Saudi Arabia (Amdt.475) was also adopted. The amendment requiring study on the United States’ ability to monitor exports of surveillance-related capabilities and their potential for abuse by foreign governments wasn’t adopted.