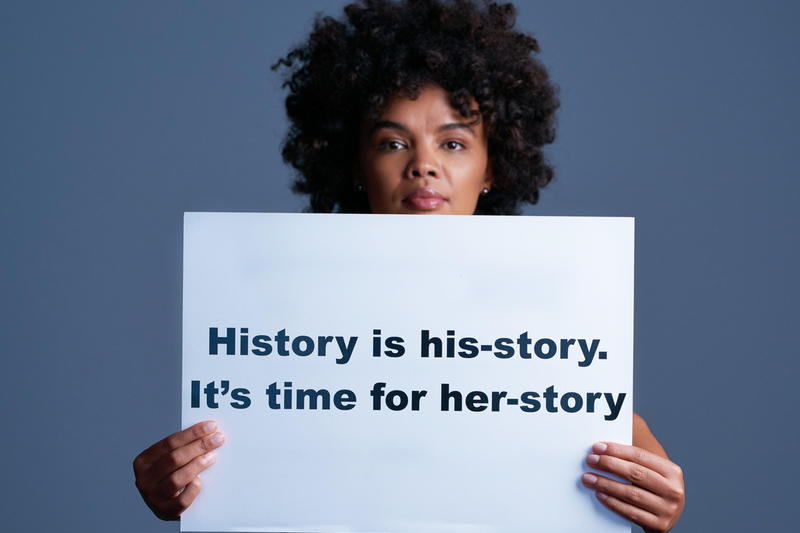 Should the Smithsonian Build an American Museum of Women’s History on the National Mall? (H.R. 1980)

This bill would direct the Smithsonian Institution to establish a women’s history museum located on the National Mall. It would also create a 25-member council to make recommendations to the Smithsonian’s Board of Regents on this museum’s planning and design, including museum operations, artifact acquisitions, exhibit creation and fundraising for the museum. The Board of Regents would also be permitted to select a site for the museum and design and construct it.

This bill would also allow the Smithsonian Institution to appoint a director to manage the museum and carry out educational programs related to women’s history.

To fund the museum, this bill would allow appropriations of whatever amounts are necessary for the Smithsonian Institution to build and operate a women’s history museum. However, 50% of the total costs of constructing the museum would have to be financed with non-federal funds.

Women’s contributions to history are often overlooked, which means that historical narratives are overwhelmingly male. A national women’s history museum would be an important means of correcting this oversight in the historical record and ensuring that people of all genders are able to learn about the amazing women who’ve helped shape American history. Locating it on the National Mall near other prominent museums administered by the Smithsonian is commonsense, as is raising half the funds needed to build it from non-federal sources.

The Smithsonian Institution already makes a deliberate effort to teach women’s history through its Women’s History Initiative, which achieves the same goals that a national women’s history museum would. Moreover, on a practical level, the Smithsonian is currently unable to support a huge endeavor like building a new museum. While well-intentioned, this legislation is neither necessary nor feasible given the Smithsonian’s current programming and constraints.

The CBO estimates that implementing this bill would cost $375 million over the 2020-2029 period. This would include $242 million to construct an approximately 350,000 square feet museum and $133 million for administrative costs and staff (including staff, planning, creation of exhibits and education programs, and museum operations).

In-Depth: Sponsoring Rep. Carolyn Maloney (D-NY), who has introduced this bill in multiple successive Congresses starting in 2016, introduced this legislation to celebrate women’s achievements and contributions to American history:

“The U.S. needs and deserves a comprehensive women’s history museum that will inspire men and women of all ages and for future generations. For too long, women who have made extraordinary contributions to our nation have been left out of the telling of our history.”

When this bill reached the 290 cosponsors threshold to be considered under suspension of the rules (which require a two-thirds majority for passage), Rep. Maloney said:

“For me, it is hard to see how anyone could oppose legislation that will inspire the next generation of American leaders by telling the stories of American women who have shaped our nation. That’s why I am proud that my bill to create a women’s history museum on the National Mall now has the support of more than 290 bipartisan cosponsors. It took nearly 20 years to pass a bill just to create a Congressional Commission to study whether a museum should be built – but I refuse to let it take that long for us to commit to building it. There is no reason this bill should not be supported by every member of the House and Senate. Women are half the population. This is not about politics or partisanship. This is about giving women – all women – their rightful place in history.”

Ahead of this bill’s House vote during the week of February 10, Rep. Maloney said:

“This museum is so important because if we fail to recognize women, we cannot empower them. But women’s stories have been largely excluded from history textbooks. Out of 2,500 national historic landmarks across the country - only 5 percent are dedicated to women’s accomplishments. Seeing role models doing things we all aspire to can change the course of someone’s life. Women and men of all ages deserve to see and be inspired by the remarkable women who helped shape this nation.”

“I'm proud to stand in solidarity with my New York Congressional colleagues in calling for swift passage of H.R. 1980 and H.J.Res 79, two important pieces of legislation I am proud to cosponsor in the fight for women's equality here in America. These bills are well complimented; one is designed to help celebrate women's history, while the other looks to the future in hopes that someday soon we'll be able to ratify the Equal Rights Amendment for all women in our Constitution. I thank my colleague Representative Maloney for her tireless advocacy on these issues. Women's rights are human rights.”

“American women have made invaluable contributions to our country in every field, such as government, business, medicine, law, literature, sports, entertainment, the arts, and the military.  Telling the history of American women matters, and a museum recognizing these achievements and experiences is long overdue. A museum dedicated to women’s history would help ensure that future generations understand what we owe to those American women who have helped build, sustain, and advance our society.”

Jane Abraham, chair of the American Museum of Women’s History Congressional Commission (the commission that was set up to examine the possibility of establishing a women’s history museum at the Smithsonian), has expressed support for this legislation:

“As our bipartisan Commission unanimously concluded, the American people need and deserve a museum dedicated to telling the story of American women. I’m proud to support this bipartisan bill that took our commission’s recommendations to make this museum a reality. Women’s history is as rich as it is vast and to truly learn about and celebrate our country’s history, women’s contributions must be showcased in a dedicated museum.”

Chief Smithsonian spokesperson Linda St. Thomas says that while the Smithsonian supports the idea of a women’s history museum, the institution currently lacks the resources to create the museum. In an interview with Georgetown University’s student newspaper, The Hoya, St. Thomas said:

“We support the idea behind [a women’s history museum], which is to tell the stories of women in American history that have been sometimes overlooked or not brought out as much as we think it should be. However, as much as we agree with the ideas behind this new museum, we are not able to deal with new building right now.”

However, St. Thomas also stressed that the Smithsonian “absolutely” supports the idea of educating people about women’s history. In other comments, she cited the museum’s Women’s History Initiative, which it kicked off in 2018, as an example of the Smithsonian’s commitment to telling women’s stories. “Rather than focus on a building, we’re doing this throughout the museums,” she said.

In the interview with The Hoya, St. Thomas also pointed out that while it doesn’t have a standalone women’s history museum, the Smithsonian has already developed exhibits and programs devoted to the topic:

“[We] have exhibitions, programs, Votes for Women, a new exhibition that opened about suffrage at the Portrait Gallery and a book that’s coming out. So, we have a lot of programs and activities about women’s history and focused on women, but not a building.”

During the 115th Congress, Smithsonian Institution head David Skorton expressed similar sentiments to the Washington Post. Skorton said, “We’re not in a position to initiate any new museums in the near future,” and pledged instead to include more exhibitions dealing with women’s history across the Smithsonian’s existing 21 museums through the Women’s History Initiative. Skorton argued that the Initiative would essentially accomplish the same goals as an individual museum.

This legislation has passed the House Committees on House Administration, Natural Resources, and Transportation with the support of 293 bipartisan House cosponsors, including 233 Democrats and 60 Republicans. Because it is coming to the House floor under suspension of the rules, it will need a two-thirds majority for passage; it is expected to easily meet this threshold, given the number of cosponsors. Its Senate companion, sponsored by Sen. Susan Collins (R-ME), has three bipartisan Senate cosponsors, including two Democrats and one Republican, and hasn’t yet received a committee vote.

In 2017, Rep. Maloney introduced this legislation with the support of 257 bipartisan House cosponsors, including 194 Democrats and 63 Republicans. However, it didn’t receive a floor vote in the then-Republican-controlled House. Its Senate companion, sponsored by Sen. Collins, had 22 Democratic Senate cosponsors and also didn’t receive a vote.

Of Note: Women are underrepresented in current representations of history. For example, only about 5% of the approximately 2,400 national monuments in the U.S. honor women. Additionally, only 9 out of 91 statutes in the U.S. Capitol’s National Statuary Hall depict women. And, finally, there’s no comprehensive museum dedicated to women’s history anywhere in the United States.

Rep. Maloney first proposed the idea of building a women’s history on or near the National Mall in the 1990s. Her bill to establish a privately funded commission to study this idea became law in 2014, establishing the American Museum of Women’s History Congressional Commission. In 2016, the commission released a report affirming that a national women’s history museum should be built. In its report, the commission also offered recommendations for such a museum’s structure, content and fundraising.

Assessing the need for a national women’s history museum, the commission wrote, “America needs and deserves a physical national museum dedicated to showcasing the historical experiences and impact of women in this country.” In consideration of the significant amount of work needed to plan and execute a new museum, the commission suggested a 10-year strategic plan comprised of three well-defined phases: