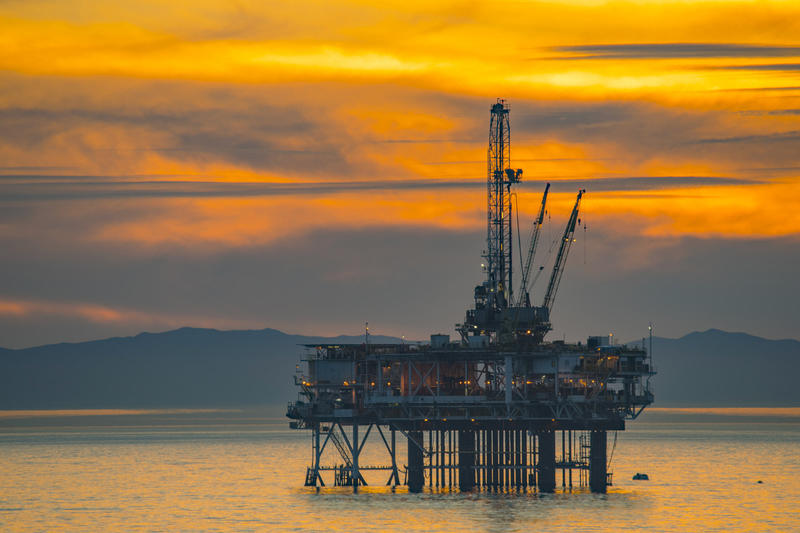 Should Offshore Drilling be Prohibited in the Atlantic & Pacific Outer Continental Shelves? (H.R. 1941)

Offshore drilling in the Outer Continental Shelf (OCS) carries many environmental risks and is broadly opposed by both the public and the governors of affected states. By banning offshore drilling in the Pacific OCS and Atlantic OCS, this bill would ensure that public opinion and concerns are respected in policymaking with regard to the OCS.

Drilling in the Outer Continental Shelf (OCS) is an important revenue source for both federal and state budgets. Thanks to technological advancements, it can now be done safely and with minimal environmental impacts. Banning offshore drilling in the Pacific OCS and Atlantic OCS would endanger the United States’ economy and energy future.

The CBO estimates that this bill would cost $50 million over the 2019-2024 period and $200 million over the 2019-2029 period. These costs would primarily related to reduced collection of offsetting receipts from offshore oil and gas leases and reduced spending on administrative expenses related to leasing activities in the Atlantic and Pacific regions of the Outer Continential Shelf.

“I’ve been clear from the very beginning that our beaches, businesses, and way of life should not be for sale. South Carolinians want nothing to do with offshore drilling and the devastating threat it poses to our vibrant natural resources. I am proud to have the support of a bipartisan group of lawmakers, advocates, and organizations up and down South Carolina and across both the Atlantic and Pacific coastlines. It’s an honor to have the opportunity to lead this bipartisan bill across the finish line to ban offshore drilling off our coast once and for all.”

After the House Committee on Natural Resources passed this bill, Rep. Cunningham said:

“South Carolinians have made it abundantly clear they want nothing to do with offshore drilling and the devastating threat it poses to our vibrant natural resources and coastal economies. Folks on both sides of the aisle are united in opposition to offshore drilling, and it’s critical we get this done for them. Our beaches, our economy, and our way of life are not for sale and today’s passage through Committee is an important step towards ensuring that never changes.

“The Administration is trying to further oil and gas interests at an alarming rate, including major expansions of offshore drilling in the Pacific and Atlantic oceans. This is nothing more than a hand-out to the oil and gas industries and runs counter to health, safety, and environmental safeguards we know must be in place to protect our coastlines. These actions also run counter to the will of the citizens in these coastal communities. I am proud to join with my colleagues in making it perfectly clear to this Administration – there will be no new drilling off our coasts.”

“This smart measure responds to communities and leaders all along our Atlantic and Pacific coasts who strongly oppose offshore drilling.  It would protect those coastal waters and wildlife from the risks of another BP-style disaster, as well as industrial ruin and ongoing harm. This bill deserves the support of everyone who cares about healthy oceans, marine life, our coastal economies and all they support.”

Paul Driessen, senior policy advisor for the global warming denialist group Committee For A Constructive Tomorrow (CFACT), argues that offshore oil and gas drilling isn’t any worse than (and indeed preferable to certain) other industries in terms of environmental impact:

“Fishing, shrimping, tourism and military ops continue to thrive in the Gulf, among hundreds of rigs. And yet some say they don’t even want to see a few dozen oil platforms three to twenty miles off Atlantic coast beaches. How do they feel about hundreds or thousands of 400-foot wind turbines a thousand feet to three miles offshore? That is what’s being discussed to replace fossil fuels and nuclear in electricity generation. Those huge turbines would chop up seabirds that will sink out of sight and mind; create obstacle courses for pleasure, military and commercial shipping; and  emit constant low level noise that will interfere with aircraft as well as whale and porpoise sonar navigation and communication.”

“After taxes, OCS operations provide the second largest source of revenue to the US Treasury. Some of this goes to the Land and Water Conservation Fund for environmental programs. However, OCS revenues fell from $18 billion in 2008 to $2.5 billion in 2016 – even as state offshore oil and gas revenues actually rose during the same period. This decline was partly because of lower oil and gas prices, but largely because the Obama Administration issued so many regulations and delays, but so few leases and permits. Gulf Coast states also share in OCS revenues, totaling billions of dollars over the years. Atlantic Coast States should enjoy revenue sharing, if leasing, drilling and production take place off their shores… OCS oil and gas are essential for America’s long-term energy security. They will support economic growth, investment and manufacturing, create thousands of new jobs, and ensure reliable, affordable energy for manufacturers, businesses, hospitals, tourism, farming, and poor, minority and blue-collar families.”

This legislation passed the House Committee on Natural Resources by a 22-12 roll call vote with the support of 51 bipartisan cosponsors, including 50 Democrats and one Republican. Rep. Cunningham expects this bill to pass the House, but believes it’ll be more challenging to garner Senate support.

Of Note: The Outer Continental Shelf (OCS) is the portion of the ocean seabed that’s under federal jurisdiction. It generally runs from 3 to 200 miles out from the coastline. The Bureau of Ocean Energy Management (BOEM) in the Dept. of the Interior (DOI) is responsible for oil and gas leasing on the OCS through a program called the National OCS Oil and Gas Leasing Program (also known as the Five-Year Program).

From 1982-2008, Congress used annual appropriations bills to prevent agency spending on oil and gas leasing in various portions of the OCS. In Summer 2008, President George W. Bush announced that he would veto any appropriations bill containing an OCS moratorium. This ended the policy rider containing an OCS moratorium and the decades-long Congressional ban for much of the OCS. Now, the Eastern Gulf of Mexico is the only OCS area statutorily withdrawn from oil and gas leasing consideration.

Two Trump administration orders -- an April 2017 executive order (Executive Order 13795 on April 28, 2017) from President Trump and a secretarial order (Secretarial Order 3350 on May 1, 2017) from then-Interior Secretary Ryan Zinke -- have opened the possibility of offshore drilling in much of the OCS. Together, the two orders directed BOEM to initiate the planning process for a new Five-Year Program to replace the 2017-2022 Program finalized in January 2017.

As of now, the plan remains a draft and hasn’t been finalized. Both Republican and Democratic governors along the Eastern Seaboard have expressed opposition to it.