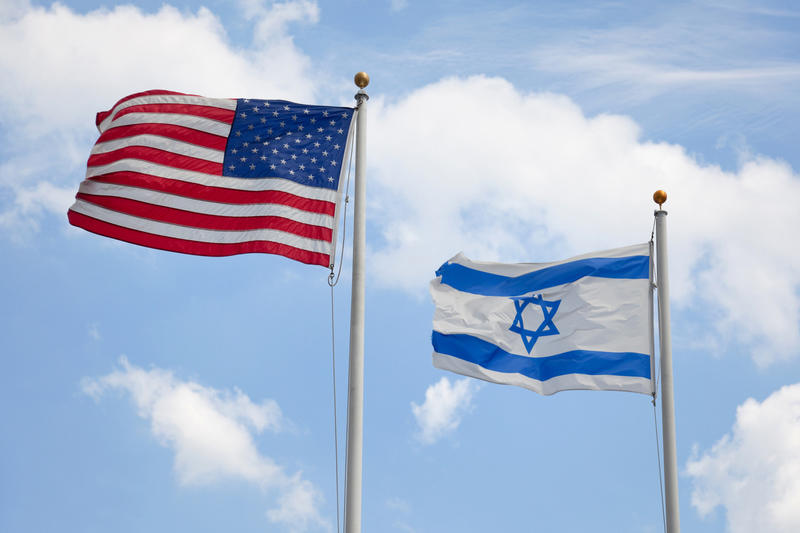 Should the House Condemn the BDS Movement Targeting Israel as Counterproductive to the Peace Process? (H. Res. 246)

This resolution would express the House of Representatives’ opposition to the Global Boycott, Divestment, and Sanctions (BDS) Movement targeting Israel, including efforts to target American companies engaged in legal commerce, and all efforts to delegitimize Israel. It would affirm that the BDS Movement undermines the possibility for a negotiated solution to the Israeli-Palestinian conflict by demanding concessions from only one party and encouraging Palestinians to reject negotiations in favor of international pressure. Additionally, it’d reaffirm the House’s strong support for a negotiated solution resulting in two states — a democratic Jewish State of Israel and a viable, democratic Palestinian state — living side-by-side in peace, security, and mutual recognition.

The resolution would also support full implementation of U.S.-Israeli scientific and technological cooperation in civilian areas to counter the effects of the BDS Movement against Israel.

As a simple resolution, this legislation is non-binding and wouldn’t advance beyond the House if agreed to.

The boycott, divestment, and sanctions (BDS) movement targeting Israel is counter-productive to the Israeli-Palestinian peace process because it demands concessions from only one side and encourages Palestinians to pursue international pressure instead of negotiating. The House should take a stand against the anti-Israel BDS movement even if it’s only a non-binding resolution.

The House shouldn’t condemn the boycott, divestment, and sanctions (BDS) movement targeting Israel because it’s a non-violent movement aimed at pressuring Israel to make concessions to the Palestinians, and doing so raises constitutional concerns. Alternatively, the House should vote on anti-BDS legislation that would carry the weight of law instead of a non-binding resolution.

The Global BDS Movement; the U.S.-Israel relationship; and the House of Representatives.

“A two-state solution remains the best way to justly resolve the Israeli-Palestinian conflict and ensure a future for two peoples living side-by-side in peace, security and prosperity. By denying the Jewish claim to a homeland, the BDS Movement is fundamentally incompatible with a two-state solution and pushes the cause of peace for both Israel and the Palestinians further out of reach. This resolution makes clear that Congress remains committed to a two-state solution and opposes zero-sum efforts to delegitimize the state of Israel.”

Rep. Rashida Tlaib (D-MI), a Palestinian-American,  called this resolution “unconstitutional” and said it is an effort to “silence opposition to Israel’s blatantly racist policies and demonize both Palestinians and Ethiopians.” Rep. Ilhan Omar (D-MN) added:

“And it is an opportunity for us to explain why it is we support a nonviolent movement, which is the BDS movement.”

“[T]he resolution doesn’t restrict any First Amendment rights, it simply allows members of Congress to be on the record opposing a movement that attempts to delegitimize Israel’s very right to exist. Time and time again, I hear from college campuses around the country, from students. They are Zionists. So am I. They support Israel’s right to exist as a Jewish state. So do I. And they feel intimidated and scared to express that support when people are threatening them. “Palestine from the river to the sea”? A chant that is routinely heard at BDS rallies? It envisions a world without Israel. That’s what is controversial. I reject it. This committee should reject it, and the whole House should have the opportunity to reject it as soon as possible.”

This legislation passed the House Foreign Affairs Committee on a voice vote and has the support of 341 bipartisan cosponsors, including 174 Democrats and 170 Republicans.

Of Note: The Senate passed a bill in January — the Strengthening America’s Security in the Middle East Act (S. 1) — on a bipartisan 77-23 vote that included a provision aimed at combating the BDS movement by allowing state & local governments block to enforce measures to divest assets from, prohibit investment in, or restrict contracting with:

The Senate bill has been held up in the House because of an apparent “blue slip” violation, because spending provisions are supposed to originate in the House under the Constitution, so its House supporters introduced a bipartisan companion bill (H.R. 336) to avoid that problem if the bill is brought up.