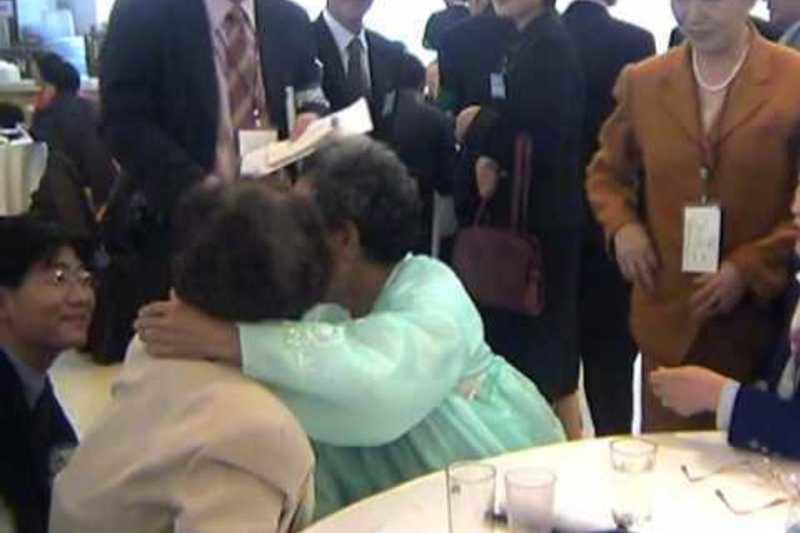 Should the State Dept. Work With North Korea to Reunite Korean-Americans With Family in North Korea? (H.R. 1771)

Although North and South Korea have held 20 family reunification events to reunite South Koreans with North Korean family members, these events haven’t had official channels to include Korean-Americans. Consequently, Korean Americans with family in North Korea haven’t been able to see loved ones in that country for decades. Creating an official channel to support family reunification efforts would bolster U.S. government efforts to reunify Korean-Americans with loved ones in North Korea.

The U.S. government — and particularly Congress — is already expending meaningful energy on efforts to reunite Korean-Americans with family members in North Korea. The lack of progress on this front is due largely to lack of political will at the executive level in both countries, as well as the high probability of North Korea asking for remuneration to house families (which the U.S. is unlikely to accept as a condition); as this bill doesn’t address these major stumbling blocks, it’s unlikely to make much progress.

“There are so many American families who desperately want to reunite with their loved ones in North Korea and my bill would go a long way towards making that happen. These families have tragically been separated since the Korean War and that separation has been long and painful. These families deserve to see their loved ones again. Americans who have relatives in North Korea are in their 70s, 80s, and 90s. Time is not on their side which is why we must immediately pass my bill to provide much needed relief for these divided families.”

“The Korean War was a heart wrenching event that split the peninsula in two, forcing many families apart, and since then, family relations between both Koreas have been suspended in time,” said Meng. “My heart aches when I think of the thousands of Koreans who yearn to see and hold their loved ones in North Korea but can’t because of the vestiges of the Cold War. While South Koreans have been able to participate in limited family reunions, Korean Americans have not been privy to those opportunities. For these divided families, the so-called ‘Forgotten War’ cannot ever be forgotten. Helping Korean Americans—many who reside in Queens—reunite with their family members in North Korea is a top priority of mine, and my bill would help them finally see their loved ones. I want to thank House Foreign Affairs Committee Chairman Engel and House Foreign Affairs Subcommittee on Asia, the Pacific, and Nonproliferation Chairman Sherman for their support and advancing through my bill. I am also grateful to the many Korean American advocacy groups who have championed this legislation. I look forward to passing this bill in the House of Representatives and seeing it enacted into law.”

In addition to introducing this legislation, Rep. Meng has also sent two letters to President Donald Trump (one in October 2018 and another in February 2019) urging him to prioritize family reunification. As of this bill’s introduction in March 2019, Rep. Meng had yet to receive a response from the president.

Sen. Mazie Hirono (D-HI), who introduced companion legislation to this bill in the Senate on March 5, 2020, adds:

“Reuniting Korean Americans who were separated from their loved ones in North Korea seven decades ago is an urgent moral imperative. This important legislation calls on the State Department to advocate for the inclusion of Korean Americans in reunions between divided families in North and South Korea. The reality is most divided family members are in their 80s and 90s so we must act swiftly to give these families the opportunity to reconnect.”

“An enduring tragedy of the Korean War is the thousands of families whose ties, like the peninsula, were severed along the thirty-eighth parallel. Fathers, mothers, grandparents, aunts, uncles, brothers and sisters awoke one day to the reality that they would likely never see or hear from their families again, all due to an impenetrable border and hostilities between the North and South. Given the changing dynamics in this bilateral relationship, I believe there is new hope for these family members to connect and possibly reunite, if even for a short time. I’m glad to join Senator Hirono in working to secure a clear process for these families, including many in Alaska, to finally connect with their long-lost loved ones after decades of separation.”

“We deeply appreciate Senator Hirono and Senator Sullivan for their compassion, comity, and collaboration to bring together families torn apart by the Korean War,” said Wonseok Song, Executive Director of the Korean American Grassroots Conference (KAGC), the largest nationwide network of Korean American voters. “It has been over 70 years since the last time Korean Americans were able to contact, let alone meet, their family members left behind in North Korea. It is long overdue that a humanitarian measure with a concrete plan like a family reunion is prioritized in our policy toward the Korean peninsula. The Korean War Divided Families Reunification Act is a monumental progress, not only because it is the first time the Senate took action on this matter since 2015 — but more importantly because, unlike resolutions offered in the past in both chambers, this is the first bill ever to propose a substantial action plan.”

This legislation passed the House Foreign Affairs Committee by unanimous consent with the support of 43 bipartisan House cosponsors, including 38 Democrats and five Republicans. Its Senate companion, sponsored by Sen. Mazie Hirono (D-HI), has one Senate cosponsor, Sen. Dan Sullivan (R-AK).

Of Note: After the end of the Korean War in 1953, the communist Democratic People’s Republic of Korea (DPRK or North Korea) has been divided from the democratic Republic of Korea (South Korea) by the 38th parallel -- which separated millions of Koreans from their families. Since the end of the war, no exchanges of letters, telephone calls, or emails have been allowed between North and South Koreans.

North Korea and South Korea have established a reunion program where the divided families meet for a few hours on the border between the two countries. However, the frequency of the reunions has been subject to the political and militaristic tensions between the neighboring nations, and have been stopped and restarted several times since their creation.

The South Korean Ministry of Unification reports that 133,361 people are registered in the Divide Family Information System. This system classifies families into four groups:

Since 2000, South Korea and North Korea have held over 20 family reunions. However, there hasn’t been an official channel for Korean-Americans’ inclusion in these events.

Congress has been considering ways to reunite divided Korean families since 2007, when it founded the Congressional Commission on Divided Families to investigate this issue. Historically lack of political will at the executive branch level in both the U.S. and North Korea has stymied progress towards reuniting families. Recently, family reunions weren’t raised at either of the U.S.-North Korea summits in Singapore or Hanoi. In October 2019, working-level talks between U.S. and North Korean counterparts in Stockholm concluded without an agreement.

When the Voice of America asked about family reunions after the Singapore summit, the State Dept. reiterated a previous statement expressing its commitment to building a close relationships with North Korea for peace and prosperity.

For its part, North Korea has made a limited number of statements on family reunions: in August 2017, its Permanent Mission to the U.N. sent the Northern California Council on Korean Americans from North Korea a letter saying that it would actively support the association’s family reunion projects.

Payment for family reunification may be a stumbling block. If family reunions are broached as a topic during negotiations, it’s likely that Pyongyang will seek compensation in return for hosting families—this is an unreasonable demand that the U.S. is unlikely to meet.