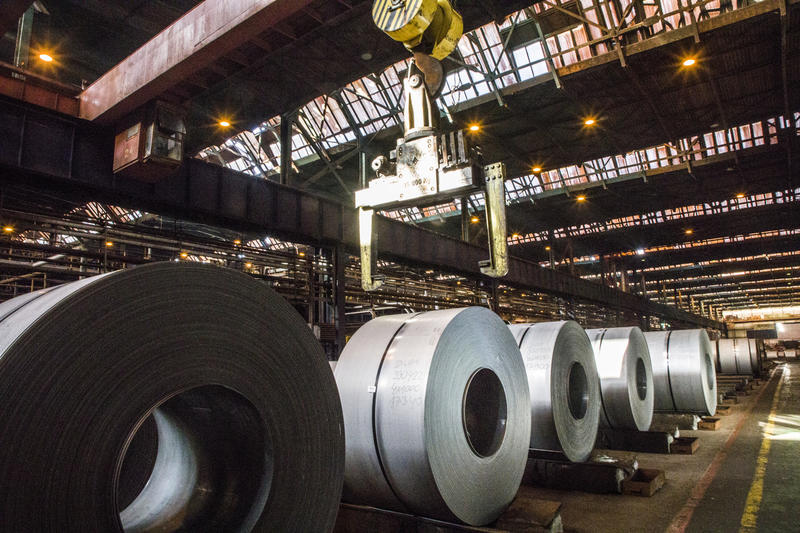 This bill — the American Workers for Security Act of 2019 — would mandate that any barrier along the U.S.-Mexico border be made of U.S.-produced steel.

It’s already going to be expensive and difficult enough to build the southern border wall. Requiring that it be built with U.S. steel — without knowing if that will be affordable or feasible — might endanger the odds of the wall’s construction itself, which isn’t worth the risk.

In-Depth: Rep. Pete Stauber (R-MN) introduced this bill to mandate that any barrier along the U.S.-Mexico border be made of U.S.-produced steel:

“American workers have the capability of producing strong and durable steel that meets all of our security, infrastructure, and manufacturing needs. Unfortunately, for too long, unfair trade deals have forced us to rely on foreign nations for steel. We cannot afford to continue to outsource an industry as vital to our national security as steel, so I was proud to introduce the American Workers for Security Act to ensure a project as large and important as the construction of the barrier at the southern border is done with steel made from iron ore and taconite mined right here in northern Minnesota.”

The American Iron and Steel Institute (AISI) supports this bill:

“AISI is pleased to support Rep. Stauber’s bill, the American Workers for Security Act. The legislation appropriately recognizes that any potential barrier at the U.S. southern border should be made of steel that has been produced in the United States. Not only is steel readily available, its strength and durability make it the preferred material of choice for most uses -- including a barrier structure. The legislation is consistent with long standing policies that all of the iron and steel used in federally-funded infrastructure projects must be produced in the United States. The steel industry stands prepared and is more than able to provide the steel needed in any construction of a barrier.”

In January 2019, the reported that President Trump has “latched on to the idea of using steel” to build his promised southern border wall, fulfilling two campaign promises — keeping out illegal immigrants and boosting a struggling industry — at once. In January, Trump claimed the steel industry is already benefiting from his presidency, saying, “They were doing were poorly when I took office, and now they’re doing very well. Our steel industry was dying, and now it’s very vibrant.” Furthermore, he claimed in a tweet that “our steel industry is the talk of the world. It has been given new life, and is thriving.”

However, the truth is more complicated, as the Trump administration’s 25% tariff on steel imports, announced in March 2018, haven’t had the desired effect of pushing steel prices up. As of January 2019, steel prices had returned to pre-tariff levels. Hiring in the steel sector remains stagnant, in part because new mills are increasingly automated. Even with several mills’ opening and restarting in 2018, direct steel industry employment was four percent lower (at 146,300 jobs)  in November 2018 as compared to November 2014.

The argues that the steel industry’s best hope for a “meaningful lift” would be Trump and Congress joining together to pass major infrastructure legislation to keep U.S. steel mills chuning. However, with this type of legislation unlikely amid partisan gridlock in D.C., the reports that “some are hanging their hopes on the possibility of a border wall built with steel slats” or steel-reinforced concrete. Of this prospect, Ferriola says, “If they decide to build a barrier and decide to make it out of steel, the industry stands ready and capable and more than able to provide the steel and assist in the construction.”

This bill has nine bipartisan cosponsors, including eight Republicans and one Democrat.

Of Note: This bill was introduced after Congress appropriated $1.375 billion to build a physical barrier on 55 miles of the U.S.-Mexico border in Texas’ Rio Grande Valley. This money can be used for “bollard fencing,” which consists of a series of steel poles erected close enough together to prevent entry but far enough apart to allow Border Patrol agents to see what’s happening on the other side. Effectively, bollard fencing is the same as the “steel slats” that Trump has referred to.