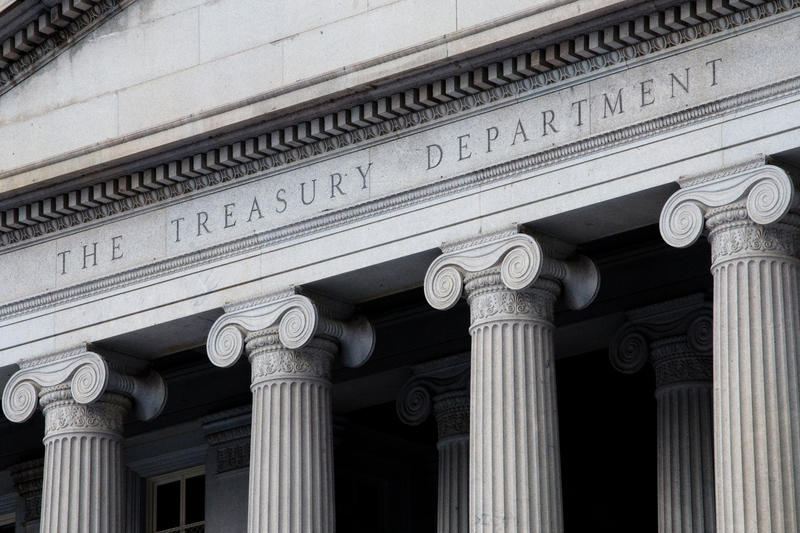 If the Debt Limit is Reached, Should the Treasury Keep Borrowing to Meet Certain Obligations? (S. 623)

This bill — known as the Default Prevention Act — would prioritize the federal government’s spending obligations in the event that the debt limit is reached as tax revenue comes in. Priorities would be as follows: 1) paying the interest and principal on the national debt to avoid default; 2) pay and benefits for active duty military personnel; 3) Social Security benefits, including survivors and disability insurance benefits; 4) Medicare benefits; 5) obligations from programs administered by the Dept. of Veterans Affairs (VA).

The Treasury Dept. would be authorized to use its extraordinary measures, including bridge loans of 30 days or less, and to continue issuing debt to meet the above obligations.

Failing to service the national debt and defaulting could trigger a debt spiral that damages the entire U.S. economy. Reneging on Social Security & Medicare would harm vulnerable populations. This bill will prevent that kind of disaster.

This bill lowers expectations by planning for Congress to fail to raise the debt limit. Lawmakers should focus on a solution rather than preparing a backup plan in case they fail to do what they need to.

Taxpayers; members of the military; beneficiaries of Social Security, Medicare, and VA programs; and the Treasury Dept.

In-Depth: Sponsoring Sen. Rand Paul (R-KY) reintroduced this bill from the 115th Congress to prevent a default whenever the U.S. reaches its debt limit and prioritize spending as revenue comes in:

“Once again, Washington’s bipartisan spending addiction has been exposed. Despite the debt’s added burdens on Americans and clear threat to our national security, politicians will attempt to use the threat of default to dodge accountability and a legitimate debate on fiscal responsibility. My plan removes that excuse while ensuring we honor our obligations."

In the 114th Congress, Sen. Paul introduced this bill to prevent the U.S. from defaulting on its debt if Congress fails to raise the debt ceiling, and offered the following statement when he authored this legislation’s predecessor:

“My legislation takes the possibility of default off the table so we can continue to push for fiscal restraint. There is no reason the government would — or should — responsibly consider the idea of default.”

Americans for Tax Reform (ATR) expressed its support for this bill in the 114th Congress, writing:

"This important legislation protects the full faith and credit of the United States by guaranteeing that the Treasury department will continue paying off debt in the event the debt ceiling is reached. ATR supports the Default Prevention Act and urges all members to Congress to vote for this legislation. Currently, if the debt ceiling is reached the United States Treasury is unable to continue making payments to its debtors. Unfortunately, in recent years this has led to politicians threatening default as a political tactic to evade seriously addressing the nation's fiscal crisis. [This bill] will put a stop to this by ensuring that Treasury can continue to borrow above the set limit to pay principal and interest due on the debt under the event the debt ceiling is reached. By removing the treat of default, this legislation encourages stakeholders to engage in a reasoned and productive conversation to rein in the nation's debt."

Refusing to use the word default would obviously be cold comfort for the people and businesses that would be stiffed. Beyond that, however, the very concern that the Republicans’ webpage [in favor of this bill] raises—a default causing 'a credit rating review, weaken[ing] the economy, and tarnish[ing] our economic standing in the world'—would also happen were we to commit default by some other name. Lenders do not only look at whether they are being paid, but they also carefully assess whether borrowers are defaulting on any other obligations. Although holders of the government’s debt would surely be relieved to know that they are currently at the top of the queue, the idea that financial markets would not question our overall creditworthiness (and would not wonder how long they will be protected from such nonsense) is fanciful. Such an unprecedented failure to meet our clear legal obligations would most definitely weaken the economy and tarnish this country’s standing in the world."

On the issue of prioritization, the Brookings Institution sided with Democrats and Buchanan, noting:

"[L]ogistically, prioritization would be a dicey proposition; legally, it has no basis and would thus be (or at least seem) deeply arbitrary; constitutionally, it is a monstrosity for Congress to pass a set of mutually inconsistent laws and then expect the President to just sort it all out somehow. To the extent that the Default Prevention Act codifies the idea of prioritization, then, it seems like a bad idea."

Of Note: The term ‘debt held by the public’ refers to individuals, companies, state or local governments, Federal Reserve Banks, and foreign governments that own federal debt securities like bonds, T-bills, TIPS, savings bonds. Currently, debt held by the public accounts for about $13 trillion of the total national debt, which exceeds $18 trillion.

Once a country defaults on its sovereign debt, there is a risk of a debt spiral beginning. A debt spiral happens when interest rates on the country’s debt securities rise because of a default, which means that the government has to spend more money servicing its debt. In the absence of economic growth and increased tax revenue, this requires the government to issue more debt simply to service existing debt.