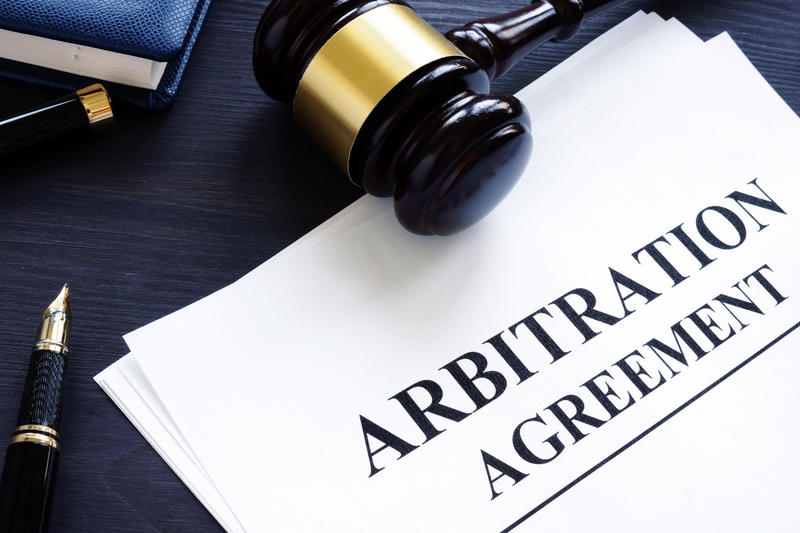 This bill wouldn’t affect arbitration provisions in contracts between employers and labor organizations or between labor organizations. However, it does nullify arbitration provisions that waive a worker’s right to seek judicial enforcement of a right arising from the U.S. Constitution, a state constitution, or a federal or state statute or policy.

Arbitration agreements save time, money, and effort for everyone involved when disputes arise between employers & employees or companies & consumers. It would be better to reform arbitration than ban it altogether.

In-Depth: House Judiciary Subcommittee on Court, Intellectual Property and the Internet Chair Hank Johnson (D-GA) introduced this bill to eliminate forced arbitration clauses in employment, consumer, and civil rights cases and allow consumers and workers to agree to arbitration after a dispute occurs:

“Forced arbitration agreements undermine our indelible Constitutional right to trial by jury, benefiting powerful businesses at the expense of American consumers and workers. Americans with few choices in the marketplace may unknowingly cede their rights when they enter contracts to buy a home or a cell phone, place a loved one in a nursing home, or start a new job. We must fight to defend our rights and re-empower consumers.”

“There is a lot of use of the phrase ‘rigged system’ these days. One of the systems that is truly rigged against consumers, workers, and the American people is our current system of forced arbitration. Forced arbitration is unfair, unjust, and un-American. One of the fundamental principles of our American democracy is that everyone gets their day in court. Forced arbitration deprives Americans of that basic right. This kind of injustice has to end. The Forced Arbitration Injustice Repeal Act is a measure whose time has come.”

House Judiciary Committee Chairman Jerrold Nadler (D-NY), who is an original cosponsor of this bill, observes that mandatory arbitration hurts victims of numerous forms of injustices:

“I am proud to join Senator Blumenthal and Congressman Johnson as an original cosponsor of the Forced Arbitration Injustice Repeal Act, or the FAIR Act, which would end the use of forced arbitration in consumer, employment, civil rights, and antitrust disputes. Victims of sexual assault, racial discrimination, and other forms of corporate abuse and misconduct deserve their day in court. As the Chairman of the House Judiciary Committee, I will not rest until we have fully restored these rights by passing historic legislation to end forced arbitration.”

The American Association for Justice supports this bill. Its CEO, Linda Lipsen, says:

“Forced arbitration clauses buried in the fine print hurt everyone. If corporations know they won’t ever be held publicly responsible, our civil rights, as well as our public health and safety are at risk, from the cars we drive, to the jobs we take, and the food we eat. That’s what makes this legislation so important, and I commend the advocates and Members of Congress who stood up today to demand action.”

“Banning arbitration agreements would eliminate a fair and efficient legal remedy that provides benefits to patients and providers. Skilled nursing facilities are just one of many healthcare providers that use pre-dispute arbitration. Residents with legitimate claims are awarded reasonable damages, oftentimes equal to the amount that would be awarded under litigation. We strongly oppose efforts to ban this long-used, effective procedure for residents and families to pursue legal recourse.”

Writing in the National Law Review, Sheppard, Mullin, Richter & Hampton LLP attorneys Garen E. Doge and David A. Alvarez note that arbitration has both positives and negatives. On the positive side, it’s typically much faster than court proceedings, thereby saving employers attorney hours and internal resources. Because many arbitration agreements also include confidentiality clauses to help shield employers from the embarrassment and reputational harm that can come from a public trial or media focus, arbitration agreements can also protect employers’ public images. Finally, arbitration agreements can compel aggrieved employees to pursue their claims individually, which makes collective actions much less likely. With these advantages in mind, Doge and Alvarez conclude, “It is easy to see how the advantages offered by mandatory arbitration agreements have resulted in their widespread implementation across the private sector.”

“When an arbitration process is designed appropriately, there are fewer barriers to bringing a claim in arbitration than bringing a claim in court, and it can be more convenient for claimants to obtain a hearing and to achieve a resolution of their claims. Arbitration may be conducted in person, by phone, email, or Skype, avoiding the need to take time off from work.”

However, on the downside, Doge and Alvarez note that because judicial review of arbitration decisions is severely constrained under both federal and state law, arbitration makes it difficult to appeal an arbitrator’s decision. Additionally, employers find it difficult to prevail using a motion to dismiss prior to trial, must pay the full cost of arbitration, and can be subject to very broad discovery obligations.

This legislation passed the House Judiciary Committee by a 22-14 vote with the support of 222 bipartisan House cosponsors, including 221 Democrats and one Republican, plus the support of a broad coalition of public-interest groups. Four amendments were proposed, of which three failed and one passed.

This legislation's Senate companion, sponsored by Sen. Richard Blumental (D-CT), has 34 Senate cosponsors, including 33 Democrats and one Independent, and hasn’t yet received a committee vote. Writing in the National Law Review, Sheppard, Mullin, Richter & Hampton LLP attorneys Garen E. Doge and David A. Alvarez observe that this legislation is unlikely to pass the Republican-controlled Senate.

In a study of consumer and employment cases filed at the two major arbitration associations (the American Arbitration Association and Jams) over a five-year period from 2013-2018, the American Association for Justice (AAJ) found only about 30,000 recorded cases on file. Observing the small number of cases that end up in arbitration versus the number of consumers and workers subject to such agreements, AAJ’s public affairs director, Julia Duncan, argued that the data shows “forced arbitration is not really an alternative forum, it’s virtual immunity [for companies].”

In a 5-4 decision in May 2018, the Supreme Court held in s that employers can use forced arbitration clauses that require workers to resolve disputes with their employer through arbitration and waive their right to pursue class action lawsuits.

Justice Ruth Bader Ginsburg, who dissented in the decision, called the Court’s decision “egregiously wrong” and argued that the decision would lead to “huge under-enforcement of federal and state statutes designed to advance the well being of vulnerable workers.”

The majority argued that there are policy arguments on both sides of the issue when it comes to forced arbitration agreements, but concluded that the role of the courts is to interpret governing statutes. In the majority opinion, Justice Neil Gorsuch wrote:

“The respective merits of class actions and private arbitration as means of enforcing the law are questions constitutionally entrusted not to the courts to decide but to the policymakers in the political branches where those questions remain hotly contested.”