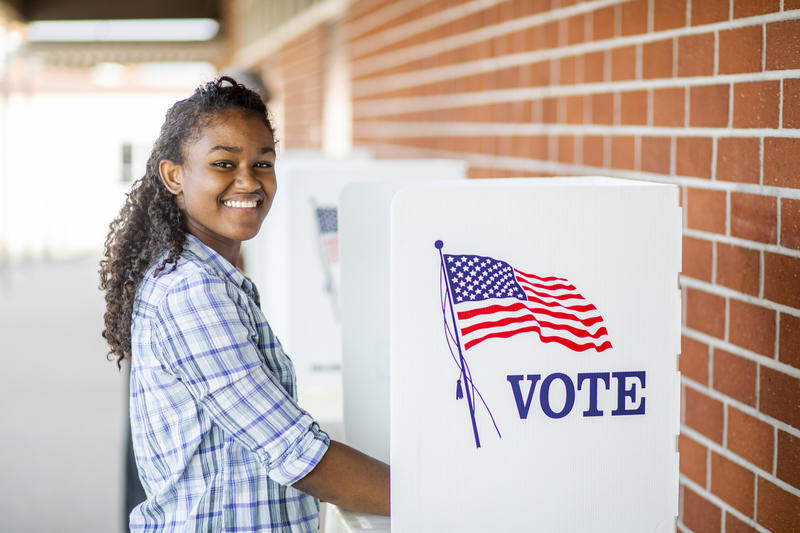 This bill — the Pre-Registration of Voters Everywhere (PROVE) Act — would create a national minimum age of 16 years old to pre-register to vote in federal elections, meaning they won’t need to register after they turn 18. It’d also direct the Election Assistance Commission (EAC) to give $25 million in grants to state to increase minors’ involvement in public election activities.

Pre-registering young people to vote will remove one of the barriers to their participating in elections. Given that youth ages 18-24 are 20 percent less likely than the general population to be registered to vote, this is a worthwhile cause.

Simply pre-registering young people to vote won’t necessarily lead to their participation in elections. It may not be worth the time, money, and effort that’d be spent on this bill if the young people who are pre-registered under this bill don’t actually cast ballots.

“This reform would encourage more voter participation among young people who will be most affected by public policy as their lives unfold. The health of our democracy requires greater engagement from its citizens, and pre-registration is a proven tool to accomplish this.”

In a letter to his Congressional colleagues seeking cosponsors for this bill in the 116th Congress, Rep. Beyer wrote:

“Research on the effects of pre-registration shows it is an effective way to increase overall voter participation and encourage civic engagement. Nothing is more important to representative government than choosing our leaders through free and fair elections.  Unfortunately, too many young people do not participate in the electoral process. In the last federal election cycle, the registration rate for 18- to 24-year-olds was 20 percent lower than the national average for all other age groups. More than 20 states and the District of Columbia already allow young people to pre-register to vote.  A study by George Mason University examined two of these states – Florida and Hawaii – and discovered strong evidence to support the positive impact pre-registration has on turnout and civic engagement. The same study showed these results were even more pronounced when election officials and school administrators worked together to develop civics curriculum aimed at improving electoral participation… Voting is habit forming.  When people vote, they are likely to vote again. The PROVE Act is an effective way to engage young people early and encourage lasting participation in elections.”

Rock the Vote is one of the organizations supporting this bill. Its president, Carolyn deWitt, said the following when this bill was introduced in the 115th Congress:

“When young people come together to participate in elections, we have the strength to change our society for the better — to speak truth to power and create a system that works for all of us. “That’s why Rock the Vote is proud to support the PROVE Act, a critical step toward helping the next generation of Americans register to vote and make their voices heard at the ballot box.”

This bill has the support of Rock the Vote, Common Cause, HeadCount, FairVote Action, and the Bus Project.

Of Note: Young people are already allowed to pre-register to vote in twenty states and the District of Columbia. However, current pre-registration laws aren’t uniform: in some states, all 17-year-olds and some 16-year-olds can register. In others, some 17-year-olds and no 16-year-olds can register. And in many states, eligibility changes yearly based on the date of the next election. FairVote claims that “the lack of uniformity creates confusion and makes it harder to run effective voter registration and education programs in schools and at the Department of Motor Vehicles (DMV).”

The National Conference of State Legislatures (NCSL) notes that there are a range of considerations to keep in mind when implementing pre-registration, including: effects on turnout, logistics, cost, identification, locations where pre-registration can occur, what information should be protected, and how to conduct education and outreach efforts.

In a 2016 study published in the American Journal of Political Science, Duke University researchers John B. Holbein and D. Sunshine Hillygus looked at pre-registration and voting trends from 2000-2012 using Bureau of Labor Statistics Current Population Survey data, and specifically in Florida (the first state to implement pre-registration, in 1990):

In an article published in the in December 2017, Anthony Fowler argued that youth pre-registration has a negligible effect on youth turnout: “On average, pre-registration appears to increase youth turnout by about two percentage points—a modest effect notably below previous estimates in the literature.”

In the 2016 federal election cycle, the registration rate for 18 to 24-year-olds was 20 percent lower than the national average for all age groups. People aged 18 to 24 are consistently the least likely age group to cast a ballot, a trend which continued in 2016.