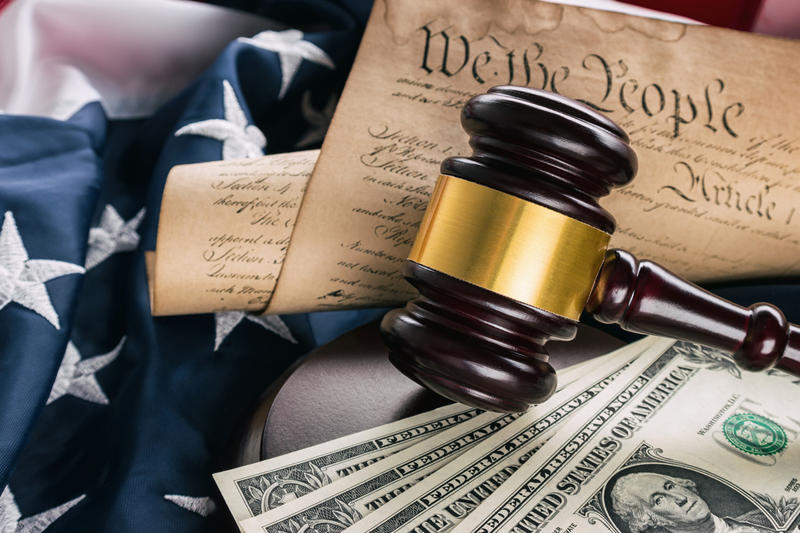 Should Former Members of Congress Have to Close Their Campaign Accounts Within 2 Years of Leaving Office? (H.R. 1363)

This bill — the Honest Elections and Campaign, No Gain Act — would require outgoing lawmakers to close their campaign accounts within two years of leaving office. It’d also ban payments to family members from campaign accounts once members leave office. Additionally, it’d prohibit candidates from transferring leftover campaign funds into their own political action committees (PACs) (which is allowed under current regulations), and require that all campaign funds be disposed of before a former politician becomes a registered lobbyist.

As is already under the case under current law, this bill would allow unspent campaign donations to be given to charity, donated to local, state, or national political parties, or refunded to the original donors.

In its current form, this bill wouldn’t make any changes when it comes to lawmakers who have passed away. This bill would only apply to current and former members of Congress (House and Senate), and not to presidential candidates.

Political donations are made for the express purpose of helping a specific candidate get elected. When a politician loses their race or leaves public office, any remaining donations should be returned to donors, distributed to other candidates, or donated to charity (per existing allowable uses) — and this should happen within a reasonable period of time.

The FEC already has rules governing allowable uses of campaign funds after a politician leaves elected office or loses their election. While it isn’t ideal for politicians to leave campaign funds open indefinitely, it’s not worth stretching the FEC’s already-limited resources to enforce this bill, given how few people are affected on a yearly basis.

Political campaigns; politicians; members of Congress; lobbyists; and the FEC.

In-Depth: Rep. Kathy Castor (D-FL) reintroduced this bill from the 115th Congress to require former lawmakers to close campaign accounts in a reasonable time and bar unauthorized payments to family members. In a letter to her Congressional colleagues seeking cosponsors for this bill, Rep. Castor wrote:

“You might have seen the reporting regarding roughly 100 'zombie campaigns' still spending campaign cash long after the candidate is no longer seeking office.  It is unconscionable for congressional campaign accounts to live on years after a member has left office or a candidacy ended and for funds to be diverted for personal use, club dues, sports tickets, etc. We introduced the bipartisan Honest Elections and Campaign, No Gain (HEC No) Act to stamp out that abuse of power. H.R. 1363 requires former lawmakers to close campaign accounts in a reasonable time and bars unauthorized payments to family members. HEC No also requires that former lawmakers dispense of all campaign funds prior to becoming a registered lobbyist. A member should not be able to have these accounts live on for decades and use those funds for personal use.”

“It’s a serious issue, because the use of your campaign funds for personal use has been prosecuted by the Department of Justice as a criminal violation. Not only is it a violation of the Federal Election Campaign Act, if you’re using your campaign funds to support yourself, and you’re not paying income taxes on that, you’ve also violated the Internal Revenue Code… If you’re not going to [return the money], then you should, in a fair amount of time, dispose of that money by giving it to a charity or transferring it to the party committee or making political contributions within the limits if that’s what you want.”

Rep. Mark Takano (D-CA) has introduced a similar bill, the Let It Go Act, that’d require outgoing members of Congress to disburse their campaign funds within six years after leaving office (versus the two years this bill would require). Like this bill, Rep. Takano’s bill also requires former politicians to wind down their campaign funds before registering as lobbyists.

Of Note: Rep. Castor and Rep. Gus Bilirakis (R-FL), who’s been a cosponsor of this bill in both the 115th and 116th Congresses, introduced this bill in the 115th Congress in direct response to a / 10News WTSP investigation that turned up around 100 so-called “zombie campaigns” kept open by former politicians to finance their lifestyles, advance new careers, and pay family members.

After the published its report on zombie campaigns, the Federal Election Commission (FEC) announced in April 2018 that it’d start scrutinizing dormant campaigns’ spending. Adav Noti, a former FEC attorney who’s now a senior director for the Campaign Legal Center, praised the FEC’s move as a “really positive step” that was “highly unusual” for the middle of an election cycle. FEC vice chairwoman Ellen Weintraub, a Democratic appointee, added that the report had highlighted a problem not previously on the FEC’s radar, but which the entire FEC agreed needed to be addressed once they found out about it.

OpenSecrets reports that 42 members of Congress who either resigned or retired before the 2018 midterm elections had a combined outstanding balance of $50 million in campaign funds. In theory, these funds can’t be used for personal expenses or purchases unrelated to a member’s candidacy or time in office. However, abuse of the system is rampant. The report found that former lawmakers had used leftover campaign funds to buy college football season tickets or pay family members thousands of dollars — all without being formally investigated by the Federal Election Commission (FEC).

Currently, outgoing lawmakers have little incentive to shut their campaigns down in a timely manner, as the FEC allows campaign committees to keep running indefinitely after members leave office. Noble notes that this is for good reason: “The theory behind it is that if they decide to run again, they can convert their campaign into a new campaign committee and just roll over the money.” However, this can be exploited. For example, after Rep. Mark Takai (D-HI) passed away, his committee remained active for over a year after his death, paying political advisor Dylan Beeley’s firm over $100,000 for “consulting services” after Rep. Takai’s death.

In 2013, the FEC issued an advisory opinion in which it recommended that outgoing politicians should wind down campaign expenses within six months.