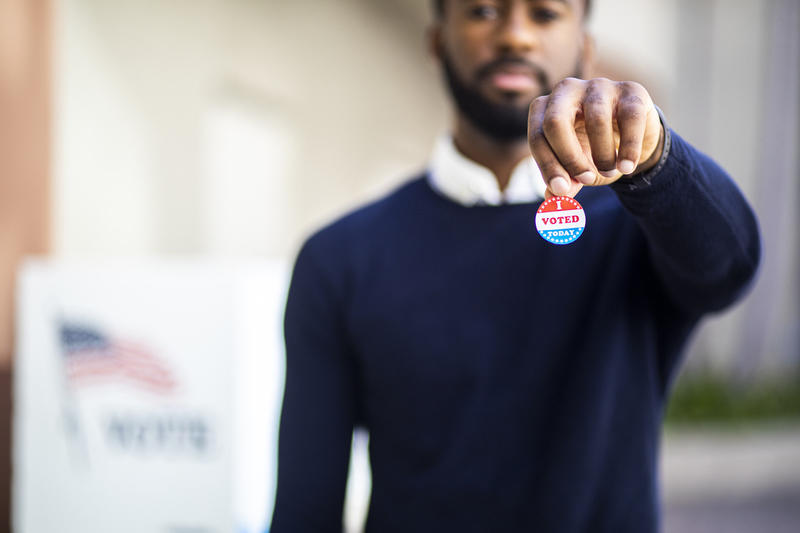 Should the Voting Rights Act be Strengthened? (H.R. 4)

This bill — the Voting Rights Advancement Act of 2019 — would seek to restore the Voting Rights Act of 1965 after the 2013 ruling, which struck down one of the VRA’s key provisions. It would aim to accomplish that through the establishment of new criteria for requiring preclearance of changes to voting practices in states and political subdivisions of states.

Under this bill, a state and all of its political subdivisions would be subject to preclearance of voting practice changes for a 10-year period if:

Additionally, a political subdivision would also be subject to preclearance for a 10-year period if three or more voting rights violations occurred there during the previous 25 years.

A state or political subdivision that obtains a declaratory judgment that it has not used a voting practice to deny or abridge the right to vote would be exempt from preclearance.

Furthermore, this bill would specify that certain practices that are known to be discriminatory must be must be precleared before any jurisdictions implement them. These policies would include the creation of at-large districts, provision of inadequate multilingual voting materials, and cuts to polling places.

The bill would also expand the circumstances under which a court may retain the authority to preclear voting changes made by a state or political subdivision, or the Dept. of Justice (DOJ) may assign election observers to enforce the guarantees of the 14th or 15th Amendments or any other federal law protecting U.S. citizens’ right to vote.

This bill would also require states and political subdivisions to notify the public of changes to voting practices. Finally, it would revise the circumstances under which a court must grant preliminary injunctive relief in a challenge to voting practices.

Under the terms of this bill, 11 states — Alabama, California, Florida, Georgia, Louisiana, Mississippi, New York, North Carolina, South Carolina, Texas, and Virginia — would be identified as meriting a return to federal oversight of any electoral changes they want to make.

The Supreme Court’s 2013 decision in Shelby County vs. Holder severely weakened the Voting Rights Act (VRA), which up until then had been the key protection ensuring that everyone — particularly minorities — gets the same access to the ballot box. This bill would help to ensure that states with a history of voter suppression don’t take steps to restrict voting access in future elections.

The Supreme Court’s 2013 decision in Shelby County vs. Holder was properly decided, as the Court ruled that the VRA’s requirements were no longer needed given changes to the law and the U.S. itself since the VRA’s enactment in 1965. This bill would unnecessarily politicize election administration and give the federal government too much control over a state-level issue.

In-Depth: Sponsoring Rep. Terri Sewell (D-AL) introduced this bill to help address the most egregious forms of recent voter suppression by developing a process to determine which states and localities with a recent history of voting rights violations must pre-clear election changes with the Department of Justice:

“In my hometown of Selma and throughout Alabama’s 7th Congressional District, Americans bled, marched and died for the right to vote, but the modern-day voter suppression we saw in the 2018 mid-term elections shows that old battles have become new again. Since the Supreme Court’s decision, many states have enacted more restrictive voting laws that have led us in the wrong direction. The Voting Rights Advancement Act helps protect and advance the legacy of those brave foot soldiers of the civil rights movement by restoring key provisions of the Voting Rights Act of 1965 and empowering the Justice Department to stop voter suppression tactics before they go into place.”

“Nearly 54 years ago next week, on March 7, a courageous band of civil rights activists – including my friend and hero, Congressman John Lewis – began a march for the right to vote from Selma to Montgomery. They marched non-violently in the face of unspeakable violence. On that Bloody Sunday, they shed their blood for the ballot. But we gather today for much more than a vital history lesson. We assemble today for a call to action. Voter suppression efforts are unacceptable and un-American. But because of a disastrous Supreme Court decision, they are almost impossible to stop. The Voting Right Advancement Act we are introducing today would restore and bolster the Voting Rights Act, and undo the damage done by the decision.”

"The right to vote lies at the very core of our democracy and is foundational to the rule of law. Before the Voting Rights Act of 1965, many states and localities implemented voter suppression measures aimed at African Americans and other people of color, secure in the knowledge that it could take many years before these measures could be successfully challenged in court, if at all.  In response, Congress required certain jurisdictions with a history of racial discrimination in voting to get approval, or a preclearance requirement, from the Justice Department or a federal court before making any changes to their voting laws or practices. But the decision in 2013—which gutted the preclearance requirement—unleashed a deluge of voter suppression laws across the nation.  H.R. 4 provides a much-needed restoration of those protections to finally reverse this tide of voter suppression laws. The Fourteenth and Fifteenth Amendments expressly empower us to enact laws protecting the right to vote and guaranteeing the equal protection of all citizens, and I am proud to have led the House Judiciary Committee in successfully recommending this legislation to the full House."

“The Voting Rights Advancement Act is a voter protection bill that our democracy requires. There is no disputing the fact that the destructive Supreme Court decision in invited numerous states to unleash voter suppression tactics that had not been allowed for nearly 50 years, particularly in parts of our country with the worst records of racial discrimination in voting. From foreign interference in elections to voter purges, intimidation, and strict ID laws – the fragility of our electoral system has truly been exposed and the need for reforms never more pressing. Evidence of widespread discrimination against Black voters is overwhelming and growing, and the need for legislative action is urgent. Congress must do its job and fully consider the VRAA and ultimately restore this indispensable democracy checkpoint. Earlier this year, Congress also introduced H.R. 1, a critical set of election reforms that would significantly expand voter access. Together, H.R. 1 and the VRAA provide many of the needed protections to ensure our political process is accessible to all.”

University of Chicago Law School professor Travis Crum says that this bill’s “rolling formula,” which would automate itself automatically to identify which jurisdictions need to submit changes to voting laws for preapproval from either a D.C.-based federal court of the DOJ before implementing such changes, would target the “most recent and worst offenders.”

In their minority views to this bill’s committee report, House Judiciary Committee Republicans argued that this bill would give the DOJ and Attorney General too much power; politicize the process of setting election procedures; and punish all political subdivisions within a state for a single political subdivision’s misbehavior. They also argued that existing law is sufficient to protect voters’ rights and that this bill isn’t constitutional:

“Existing law already protects Americans from voting discrimination: Section 2 of the Voting Rights Act allows lawsuits, even those based on disparate impacts, to stop [s]tate and local voting laws, including through preliminary injunctions; and Section 3 of the Voting Rights Act allows federal judges across the country to put jurisdictions under preclearance requirements when those jurisdictions have a record of actual discrimination in voting. In sum, [this bill] unconstitutionally creates a system in which a politicized Department of Justice can federalize control over [s]tate and local elections when there is no evidence the [s]tate or locality engaged in actual discriminatory conduct.”

Rep. Mike Johnson (R-LA) argues that while discriminatory voting restrictions are wrong, this bill would prohibit states from enforcing even neutral voting laws, thereby “unconstitutionally deny[ing] states and localities control” of elections regardless of whether those laws are discriminatory. Johnson — like many Republicans — specifically criticizes this bill’s automatic requirement that voter ID laws be precleared, calling it “federal fiat.” Finally, he argues that the DOJ has a “history of politicizing” preclearance, which has allowed it to amend or veto state laws to benefit whichever party is in power.

This legislation passed the House Judiciary Committee by a 19-6 vote on October 23, 2019 with the support of 229 Democratic House cosponsors. Its Senate companion, sponsored by Sen. Patrick Leahy (D-VT), has 45 Senate cosponsors, including 43 Democrats and two Independents, and hasn’t yet received a committee vote.

Senate Republicans aren’t expected to move on this legislation, in part because of the provision requiring automatic preclearance of voter ID laws. In an indication of Republicans’ opposition to this legislation, Rep. Jim Sensenbrenner (R-WI) — who sponsored the last VRA reauthorization in 2006 and has introduced alternate legislation, the Voting Rights Amendment Act of 2019 (H.R.1799) to amend the VRA without some of this legislation’s provisions — calls this legislation a “poison pill” that “won’t go anywhere in the Senate.”

Last Congress, this legislation had 193 Democratic House cosponsors. Its Senate companion, sponsored by Sen. Leahy, had 49 Senate cosponsors, including 46 Democrats, one Republican, and two Independents. Neither bill received a committee vote.

Of Note: The Supreme Court’s 2013 decision in struck down Section 4(b) of the Voting Rights Act (VRA) of 1965, which outlined the qualifications needed to determine which states are required by the Justice Department to preclear elections changes in states with a history of voter discrimination.

In their ruling, the five-member majority said the formula used in Section 4 of the VRA imposed extraordinary burdens on state and local governments based on outdated conditions. Part of Chief Justice John Roberts’ rationale in the majority opinion was that the law has so dramatically changed circumstances that preclearance, at least under the decades-old formula, was no longer appropriate.

Justice Ruth Bader Ginsburg, who dissented, said that “throwing out preclearance when it has worked and is continuing to work to stop discriminatory changes is like throwing away your umbrella in a rainstorm because you are not getting wet.”

Since the decision, nearly 24 states have implemented restrictive voter ID laws; and previously-covered states have closed or consolidated polling places, shortened early voting, and imposed other measures that restrict voting. During the 2018 election, voters of color across the U.S. complained of unusual barriers to voting ahead of Election Day, including:

Rep. Sewell argues that voter suppression in Georgia changed the outcome of the state’s governor’s race:

“Stacey Abrams is not governor of Georgia today because of voter suppression that took place in that state. The Republicans have realized that when you limit access to certain populations and they don’t vote, you have a better chance of winning. That’s the bottom line.”

In September 2018, the U.S. Commission on Civil Rights (USCCR) released a report examining the state of voting rights in the U.S. It found that in states across the country — and especially in states previously covered by the VRA — voter suppression tactics are trampling minority rights. Due to its findings, the Commission unanimously called on Congress to restore and expand voter protections in the VRA.

While congressional rebuke of Supreme Court decisions via legislation isn’t unheard of, the pace at which Congress has chosen to override Supreme Court rulings has slowed down in recent years, largely to the polarization of the U.S. political system (both houses of Congress need to come to a bipartisan consensus for a statutory override). However, William & Mary law professor Neal Devins notes, “Some of the most notable overrides include protections of minority interests such as voting, religious minorities, and woman in the Title VII employment discrimination context.” For example, the Pregnancy Discrimination Act and the Religious Freedom Restoration Act were both born out of a desire to upend unpopular high court decisions.