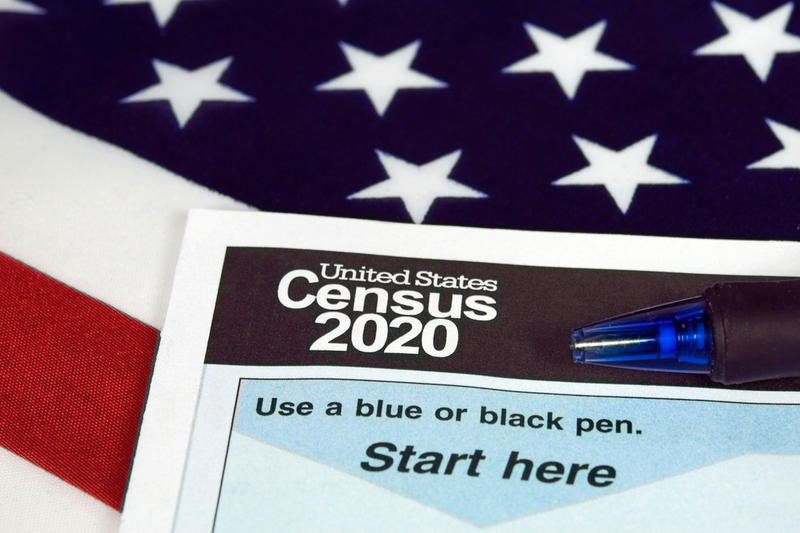 This bill — the Census Accuracy Act of 2019 — would amend the decennial U.S. Census to ensure that respondents are given a question regarding whether they’re citizens, foreign nationals in the country lawfully, or foreign nationals in the country illegally. Additionally, this bill would require that those who answer that they’re in aliens in the U.S. lawfully identify the federal program or law that granted them the status they’re claiming.

Including a question about immigration status will chill participation in the 2020 Census by immigrants, both legal and illegal. This will cause the Census to under- and miscount the U.S. population, leading to mis-allocation of federal resources and House seats.

“For the last 15 years, I have heard the same figure advanced by Amnesty proponents regarding the number of illegal aliens in the country. I do not believe that the static number they offer is accurate as it seems more like a well-established talking point. In fact, I believe the number of illegal aliens in the country is far higher than many suppose. The Census should be better equipped to measure this number so that policy makers can take appropriate actions to reduce the deleterious impact illegal immigration has on our nation.”

However, Rep. Steve Cohen (D-TN) disagreed with Rep. King’s claim, saying, “This assertion seems like a thinly veiled pretext to exclude immigrants and racial minorities from being counted literally and figuratively.”

Testifying before the House Judiciary Subcommittee on the Constitution and Civil Justice on June 8, 2018, Vanita Gupta, president and CEO of The Leadership Conference on Civil & Human Rights, criticized this and other efforts to add a citizenship question to the Census as an attempt to decrease participation by certain groups:

“[S]ome members of Congress have sought over the past several decades to exclude people who are not legal residents, or even all non-citizens, from the [Census] apportionment base. Beyond the dubious constitutionality of such proposals, it would be nearly impossible to determine the legal status of all residents with any accuracy, in order to exclude some from the state population totals used for congressional apportionment and possibly for congressional redistricting. And while no proposals have suggested removing noncitizens or undocumented residents from the census numbers used to allocate more than $800 billion annually in federal program funds — any effort to determine legal status would jeopardize the accuracy of the entire census, leaving public, private, and nonprofit decision-makers with bad information for all purposes. Chairman King’s ‘Census Accuracy Act of 2017’ does not explicitly aim to affect the apportionment base, but simply to “document” the number of immigrants and their legal status. But he has made his ultimate goal clear by releasing a video on December 22, 2017 urging President Trump to support the exclusion of undocumented residents from the census-derived state population totals used for congressional apportionment.”

However, at the same committee hearing, Steven Camarota, director of research at the Center for Immigration Studies, a group that advocates reduced immigration, pushed back on Gupta’s claims, stating that “[t]here is no evidence that reinstating this question on the census would reduce response rates.” Camarota also noted that the citizenship question had appeared on previous Censuses.

The Census Project adds that asking questions about citizenship and immigration could deter many immigrants (both legal and illegal) from responding to the Census, thereby hurting the response rate and accuracy of the 2020 Census. The Census Project adds that making additions to the 2020 Census would also disrupt preparations at a pivotal point in the decennial cycle.

The Insights Association raises the possibility that a citizenship question could violate respondents’ Fifth Amendment rights against self-incrimination. It also points out that past administrations, most notably President George H.W. Bush’s Justice Department, agreed that the 14th Amendment and the apportionment clause require a decennial census of all U.S. residents, including noncitizens and unauthorized immigrants, all of whom should be counted. Writing for the Brookings Institution, Andrew Reamer and Audrey Singer express the same concern:

“[The Constitution] requires a count of all ‘persons residing in the United States, not just citizens or legal residents. The framers intended the census to be an inclusive count and so avoided the term ‘citizen’ used elsewhere throughout the Constitution.”

GovTrack contends that an undercount in the 2020 Census “could produce second-order effects,” including decreased Congressional representation in states with higher numbers of unauthorized immigrants. The states that’d be most affected would be mostly blue states: California, New York, New Jersey, and Illinois. Florida, a swing state, and Texas, a red state, would also be affected. Regardless of the state or states affected, improper Congressional representation would be unconstitutional, since the Constitution requires non-citizen residents to count toward congressional apportionment.

“Asking the citizenship question of 100 percent of the population gives each respondent the opportunity to provide an answer. This may eliminate the need for the Census Bureau to have to impute an answer for millions of people. For the approximately 90 percent of the population who are citizens, this question is no additional imposition. And for the approximately 70 percent of non-citizens who already answer this question accurately on the ACS, the question is no additional imposition since Census responses by law may only be used anonymously and for statistical purposes.”

Of Note: From 1890 to 1950, the Census routinely asked all U.S. residents citizenship questions. In 1960, the issue of citizenship was only indirectly addressed. From 1970 to 2000, only a sample of the U.S. population was asked about citizenship. Finally, from 2000 onward, citizenship and all other “long form” questions were moved to the annual American Community Survey (ACS), which is sent to just under four million people in the U.S. each year.

New York, along with 17 other states, several cities, and civil rights groups, sued the Commerce Dept. — which oversees the Census Bureau — in order to block the proposed citizenship question. In mid-January 2019, a U.S. District Judge ordered the Trump administration to halt its plans to add a citizenship question to the 2020 Census. However, the administration is pressuring the Supreme Court to review the case and decide whether a question about citizenship can be included in the 2020 Census. In a closed-door meeting in mid-February 2019, the Court voted to fast-track review the ruling — the first time it’s done so since 2004. Arguments in the case are scheduled for the week of April 22.