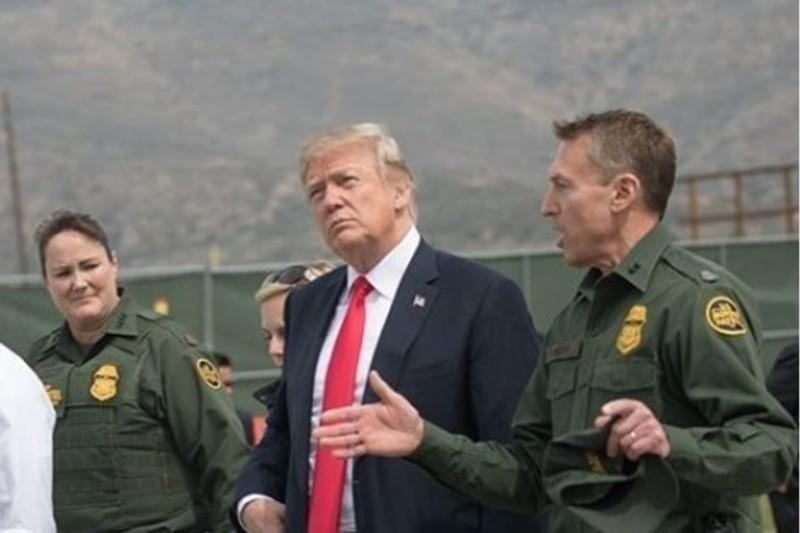 Under the National Emergencies Act, Congress can terminate emergencies declared by the president and legislation to that effect can be given expedited consideration: a joint resolution to terminate an emergency would have to be reported out of committee within 15 calendar days and placed on the floor for a vote within three calendar days after that. If passed, the bill would have the same privileged status in the other chamber of Congress.

As a joint resolution, this legislation could be considered by both chambers of Congress and signed into law by the president.

President Trump usurped congressional authority by arbitrarily declaring a national emergency in an effort to fund construction of his border wall. Congress ought to exercise its constitutional power as a coequal branch of government by terminating the emergency declaration.

For better or worse, Congress gave the president the power to declare emergencies and use certain defense funds to address them. This bill is nothing more than an attempt by Democrats to score political points, as they know they won’t have the votes to override President Trump’s veto.

Congress; federal agencies; and the president.

“Historically, Presidents have declared national emergencies for urgent matters of national security. President Trump would unconstitutionally usurp congressional authority by declaring an emergency based upon unfounded hype rather than any substantive emergency. Border crossings are lower than they have been in four decades. There are more law enforcement officers at the border — some stationed there simply to make good on politicians’ anti-immigrant rhetoric — than ever before. Further, such a baseless declaration by President Trump would set a dangerous precedent regarding the constitutional balance of powers between the executive and legislative branches.”

“Declaring a national emergency is a sobering act, which is why Congress enacted a statute governing when and how the president can take this action. House Democrats’ angst over Congress’ power of the purse is unwarranted, especially since the commander in chief’s authority to redirect military funds for a national emergency is affirmed in a law passed by their own branch.

Even as House Democrats are introducing a resolution of disapproval to terminate this national emergency, they’re running to handpicked federal courts to negate the president’s lawful action. That demonstrates at least two points: First, Democrats don’t have the votes to pass a veto-proof resolution to terminate the national emergency or to amend the National Emergencies Act through the proper democratic process. Second, they’re willing to cede Congressional authority to courts when it suits their agenda, so their appeal to the ‘legislative process’ invalidates itself. This is political expedience in action.”

This bill has the support of 225 cosponsors, all of whom are Democrats except for Rep. Justin Amash (R-MI).

Of Note: President Trump declared a national emergency to access $3.6 billion in funding from the Dept. of Defense’s military construction budget and use it to build barriers on the southern border (an additional $3.1 billion will come through other executive actions).

California filed suit against the Trump administration’s emergency declaration and has since been joined by 15 other states in the effort.