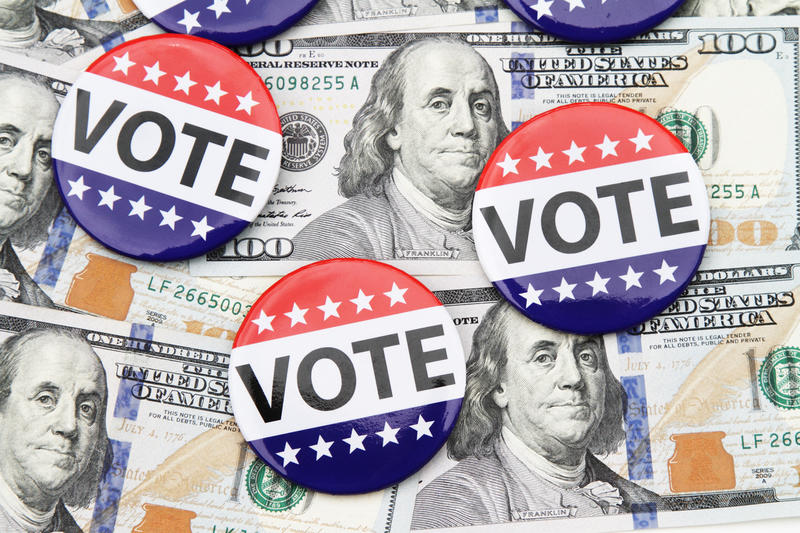 Should Ex-Politicians Have to Disburse Leftover Campaign Funds Within 6 Years? (H.R. 1308)

This bill — the Let It Go Act — would require that campaign donations be disbursed out from a candidate’s campaign coffers within six years after the end of a candidate’s campaign or tenure in office. This would entail first paying any debts or obligations owed by the campaign, and then choosing between one or more of three options: 1) returning donations to donors, 2) donating the money to a charity, or 3) sending the funds to another national committee.

This bill would also require anyone who’s registered to become a lobbyist to resolve their campaign accounts within a year of this bill’s enactment.

Political donations are made for the express purpose of helping a specific candidate get elected. When a politician loses their race or leaves public office, any remaining donations should be returned to donors, distributed to other candidates, or donated to charity (per existing allowable uses) — and this should happen within a reasonable period of time.

The FEC already has rules governing allowable uses of campaign funds after a politician leaves elected office or loses their election. While it isn’t ideal for politicians to leave campaign funds open indefinitely, it’s not worth stretching the FEC’s already-limited resources to enforce this bill, given how few people are affected on a yearly basis.

Political campaigns; politicians; members of Congress; lobbyists; and the FEC.

In-Depth: Rep. Mark Takano (D-CA) reintroduced this bill from the 115th Congress to limit how long former political candidates can hold on to campaign funds, and to give them the option to return the money to donors, donate it to charity, or transfer to another candidate (all of which are permissible uses under current election law):

“Americans make financial contributions to a candidate of their choice with the expectation that those funds will be put to good use by the candidate’s campaign. The Let It Go Act will help uphold that intention by ensuring that the hard-earned dollars Americans donate to campaigns every cycle are not being wasted by a candidate long after their campaign is over. And it will help restore trust that these funds are being used responsibly and not for personal gain.”

In an article on Medium, Rep. Takano argued that donations to political campaigns are just that — donations for the purpose of getting a candidate elected — and shouldn’t be used for any other purposes:

“When we donate to candidates we give them both our money and our trust. Finding voices that represent us is empowering and it compels us to support the causes and candidates that motivate and inspire us. Of course, we understand that our candidate may lose — that is the democratic process at work. But what many donors do not know, and would likely not accept, is candidates sometimes keep our donations and spend them on causes for which they were never intended, or do not use them at all.”

Larry Noble, senior director of ethics at the Campaign Legal Center, says that campaigns holding on to funds indefinitely is a “serious issue”:

“It’s a serious issue, because the use of your campaign funds for personal use has been prosecuted by the Department of Justice as a criminal violation. Not only is it a violation of the Federal Election Campaign Act, if you’re using your campaign funds to support yourself, and you’re not paying income taxes on that, you’ve also violated the Internal Revenue Code… If you’re not going to [return the money], then you should, in a fair amount of time, dispose of that money by giving it to a charity or transferring it to the party committee or making political contributions within the limits if that’s what you want.”

This bill has one cosponsor, Rep. Gus Bilirakis (R-FL), in the 116th Congress. Rep. Takano first introduced this bill in the 114th Congress, where it had one cosponsor, Rep. Ted Deutch (D-FL), and didn’t receive a committee vote. In the 115th Congress, Rep. Takano introduced this bill with the support of three bipartisan cosponsors, including two Democrats and one Republican, and it also didn’t receive a committee vote.

Rep. Kathy Castor (D-FL) has introduced a similar bill to this, the Honest Elections and Campaign, No Gain Act. However, Rep. Castor’s bill would only give former politicians two years to wind down their campaign funds (versus the six years that this bill would allow).

Of Note: OpenSecrets reports that 42 members of Congress who either resigned or retired before the 2018 midterm elections had a combined outstanding balance of $50 million in campaign funds. In theory, these funds can’t be used for personal expenses or purchases unrelated to a member’s candidacy or time in office. However, abuse of the system is rampant. The Tampa Bay Times reports that former lawmakers have used their leftover campaign funds to buy college football season tickets or pay family members thousands of dollars — all without being formally investigated by the Federal Election Commission (FEC).

Currently, outgoing lawmakers have little incentive to shut their campaigns down in a timely manner, as the FEC allows campaign committees to keep running indefinitely after members leave office. Noble notes that this is for good reason: “The theory behind it is that if they decide to run again, they can convert their campaign into a new campaign committee and just roll over the money.” However, this can be exploited. For example, after Rep. Mark Takai (D-HI) passed away, his committee remained active for over a year after his death, paying political advisor Dylan Beeley’s firm over $100,000 for “consulting services” after Rep. Takai’s death.

In 2013, the FEC issued an advisory opinion in which it recommended that outgoing politicians should wind down campaign expenses within six months.