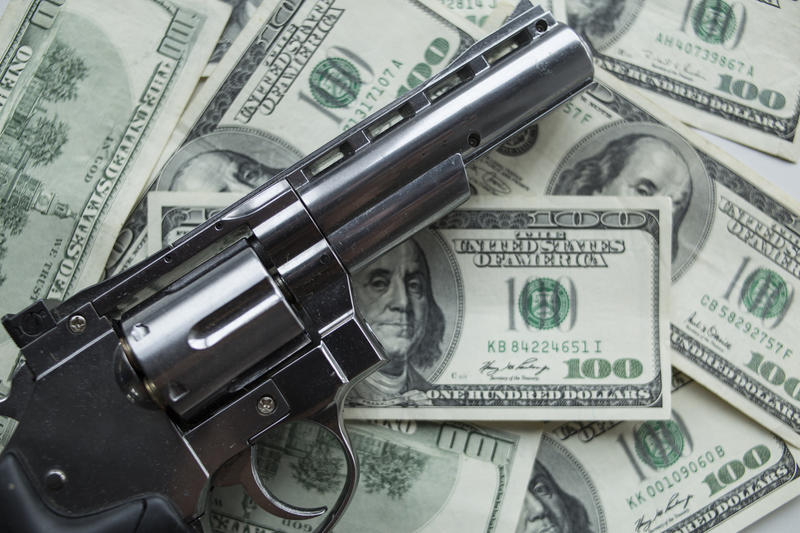 This bill — the Safer Neighborhoods Gun Buyback Act of 2019 — would provide a two-year, $360 million grant allowing the Dept. of Justice’s (DOJ) Bureau of Justice Assistance to distribute smart debit cards to state and local governments and gun dealers, who could distribute the cards to gun owners in exchange for selling back their firearms.

This program’s debit cards would provide gun owners with funds 25% above their guns’ market values, based on an assessment conducted by the Director of the Bureau of Justice Assistance. They would be valid for two years, and couldn’t be used to purchase firearms and ammunition or exchange for cash. If a recipient attempted to use the cards to purchase guns, the card would notify dealers. If they violate this provision of the law, both the purchaser and the dealer would be responsible for repaying the government in the amount of the gun sale, or else they could be imprisoned for up to two years.

Gun dealers would be required to deliver guns and ammunition collected through this program to states, local governments or the ATF no later than 60 days after their receipt. They would not be allowed to resell the guns. Firearms turned in through this program would be run through local law enforcement databases to check for their use in crimes. Guns that aren’t flagged would be recycled.

Sales on individual firearms are expected to range from $40 to $400 depending on the firearms’ model, alterations, condition, and age.

Gun ownership in the U.S. is much higher than in any other country in the world. Offering cash for firearms buybacks will encourage some — though not all — gun owners to voluntarily sell their firearms back. This program would also benefit communities, as the debit cards from this program would be spent in local economies, serving as a mini stimulus.

Since cash is fungible, a gun buyback program won’t necessarily decrease gun ownership or improve public safety. While the debit cards that people get from selling their guns back can’t be used to buy guns directly, the extra cash in sellers’ pockets from this program can be used to buy guns and ammunition.

A CBO cost estimate is unavailable. However, in 2013, the National Taxpayers Union Foundation estimated — based on the appropriations amounts in this bill’s language — that this bill would cost $360 million a year, coming out to $720 million over its two-year period.

In-Depth: Rep. Donald Payne, Jr. (D-NJ) reintroduced this bill from the 115th Congress (and before that, the 113th and 114th Congresses) to provide an incentive for people to sell their firearms back through local programs funded by federal grants and subgrants:

“For far too long, Congress has been paralyzed by inaction on gun violence. On the one year anniversary of the tragic shooting in Parkland, Florida, I decided to take action. Safer Neighborhoods is a proactive bill that will help end violence by getting guns off the streets. Gun buyback bills have been popular law enforcement and public safety tools across the country, but the money just hasn’t been there for a widespread program. Safer Neighborhoods will allow communities across the country to create gun buyback programs and stimulate their local economies. Safer Neighborhoods is a win for everyone. People who want to safely get rid of their firearms will be able to do so. They’ll then spend money in their communities, which will help out local businesses. There will be fewer guns in circulation, which will help reduce crime. And law enforcement will have another tool to identify firearms used in crimes. It’s time that Congress takes action. Although no single policy will solve gun violence in the United States, Safer Neighborhoods is a step in the right direction.”

“Here’s the truth about gun turn-in programs in general. They are nothing more than feel-good projects used by cynical politicians to make their constituents believe they are doing something about violent crime. And judging by all the media hype the New Jersey turn-in received, promoters can probably consider their mission accomplished. Yet studies done by the Johns Hopkins Center for Gun Policy and Research have shown that buyback programs have little impact on preventing gun violence. Politicians are well aware of that fact… Here’s the cold, hard truth about the New Jersey gun ‘buyback.’ Destroying that heirloom .22 rifle given up by an 80-year-old grandfather who is short on groceries doesn’t have any effect on violent crime. Melting down a grandmother’s historic break-open revolver that would be a welcome addition to many gun collections doesn’t stop one gang member from gunning down a rival gang member in a drug-related turf war. Cutting up a Remington 700 deer rifle that could have been used by a law-abiding sportsman to put meat on the table for his family is so far removed from the issue of violent crime it’s impossible to even draw a line between the two. And giving $100 for a handgun to a young mother who needs the money for back-to-school clothing for her children won’t help her protect herself and those same kids when an intruder kicks down her door in the middle of the night. The basis for New Jersey’s gun buyback can be boiled down into four simple words—all guns are bad. Otherwise, why would turn-in promoters celebrate every gun they destroy? Yet in the real world, guns are used for a wide variety of positive reasons far, far more often than they are used in the commission of crime. Gun-hating politicians who ignore that fact and pretend that taking guns from law-abiding Americans—whether compensated or not—reduces violent crime should be called out for their deceptive practices at every turn.”

Writing in the National Review, Charles C.W. Cooke points out that this program may not actually reduce gun ownership, since it’d merely serve to free people’s money up to buy more guns:

“Were I so minded, I’d just use the money on the debit card to pay for the things I have to buy anyway, and then buy all my guns back with the money in my bank account that I hadn’t had to spend.”

Writing about this issue in Forbes, Tim Worstall, a Fellow at the Adam Smith Institute in London, adds:

“Whether a gun buyback is a good idea or not is none of my business, not my remit. The entire subject of guns isn't my subject at all. Yet there's an obvious logical problem here, which is that money is fungible, as above. So, I sell to the government, collect my 25% premium, then go and buy some more guns… [T]he money I would have spent upon booze, granola and bacon can now be spent on guns and the government's money on the card can be spent upon booze, granola and bacon. Because money is fungible. It's just not going to work because the authors of this bill have ignored that most basic point about why we use money in the first place. Because one piece of it, one note, or one debit card, is substitutable for any other note (of the same denomination) or any other card (charged with the same amount). So banning people from using one piece of money to buy guns makes absolutely no difference whatsoever.”

This bill has the support of the Newtown Action Alliance.

The average American has a roughly one-in-315 lifetime chance of dying from gun violence. While this figure seems high, it’s worth noting that after adjusting for population differences, many other developed countries — foremost of them Norway, Serbia, and France — have worse problems with mass public shootings than the U.S. From 2009-2015, the European Union had 27% more casualties per capita from mass public shootings than the U.S. However, with these odds, Americans are more likely to die from gun violence than the combined risks of drowning, fire and smoke, stabbing, choking on food, airplane crashes, animal attacks, and natural disasters.
Media: