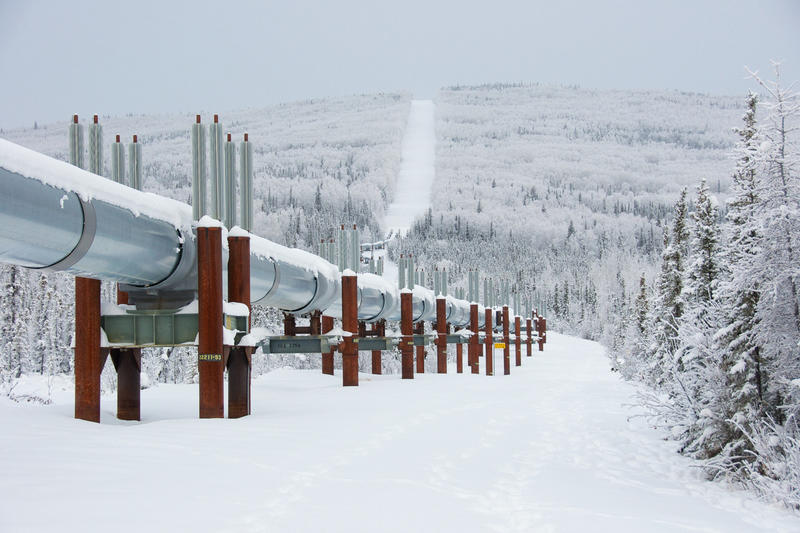 This bill — the Arctic Cultural and Coastal Plain Protection Act — would prohibit the Bureau of Land Management from administering an oil and gas leasing, development, production, and transportation program in and from the Coastal Plain of the Arctic National Wildlife Refuge (ANWR) in Alaska. It would repeal a provision in the Tax Cuts and Jobs Act which allowed for oil and gas extraction to occur in ANWR and is projected to raise $1.1 billion in tax revenue over 10 years.

Republicans shouldn’t have opened up part of the Arctic National Wildlife Refuge to oil and gas exploration in their ill-conceived tax cuts package. This bill would wisely restore protections for the wilderness and wildlife of Alaska’s Coastal Plain by reinstating the ban on energy development there.

The Interior Dept. first recommended the full energy development of this small section of ANWR 30 years before President Trump signed the Tax Cuts & Jobs Act into law. Congress shouldn’t try to stop energy development there, which would undermine economic growth and the national push for energy independence.

Alaskans; energy consumers; wildlife & wilderness in the Section 1002 area; energy developers; the state of Alaska; and the federal government.

The CBO estimates that enacting this bill would result in fewer offsetting tax receipts in addition to lowering payments to Alaska, which would have the net effect of increasing direct spending by $905 million over the 2019-2029 period.

“The Arctic Cultural and Coastal Plain Protection Act reflects a simple proposition, and that is there are some places too wild, too important, too special to be spoiled by oil and gas development. The Arctic Refuge Coastal Plain is one of those special places.”

“Serving as good stewards of our environment is something each of us are called to regardless of location, background or political ideology. Protecting our nation’s open spaces and wild places unites us as Americans. I’m proud to stand with my colleagues in support of this bipartisan legislation and urge others to join us in the defense of America’s wilderness.”

Republicans opposed this bill when it was considered in the House Natural Resources Committee, with Reps. Don Young (R-AK) and Rob Bishop (R-UT) writing in the bill’s committee report that:

“The oil and gas sector has historically served as a significant source of employment, revenue, and reliable energy for the State of Alaska and Alaska Natives. Nevertheless, the Members of the Committee Majority, representing districts from the lower 48 states, wish to eliminate oil and gas production in Alaska, along with the thousands of jobs supported by the industry… With modern drilling technology, surface disturbance associated with drilling operations in the 1002 will be limited. Current operations on the North Slope near the 1002 Area utilize directional drilling, allowing for more production with less environmental impact. In 1970, when operations began in Prudhoe Bay, a 65-acre gravel pad could only support a drilling radius of 5,000 feet beneath the surface. Today, a 12-acre gravel pad can support a drilling radius of roughly 22,000 feet. This technology will only improve over time, enabling even more development with less impact to the surrounding community. We recognize that, just as local Alaskan communities are reliant on the oil and gas industry for jobs, a tax base, and a supply of electricity, they are also dependent on the health of various species for subsistence and tourism purposes. Oil and gas development activities in the Coastal Plain must take the welfare of species such as caribou, musk oxen, polar bear, and migratory birds into account. The people of Kaktovik, as well as the Gwich’in, rely on species within ANWR for their food source. We support the use of mitigation techniques on oil and gas operations to ensure the health of these species for subsistence.”

The House Natural Resources Committee passed this bill on a party-line vote of 22-14, with Democrats in favor and Republicans opposed. The bill has the support of 182 cosponsors, including 181 Democrats and one Republican, in addition to environmental groups such as Environment America and The Wilderness Society.

Of Note: The ANWR Coastal Plain region encompasses 1.57 million acres that were protected from oil and gas extraction activities unless they were authorized by Congress under Section 1002 of the Alaska National Interest Lands Conservation Act. In 1987, a Dept. of the Interior analysis of resources in the area recommended that Congress authorize the full energy development of the Section 1002 area. Three decades later, the Tax Cuts and Jobs Act of 2017 authorized energy development on 2,000 acres in the 1002 area which could result in the potential development of 10.4 billion barrels of oil.