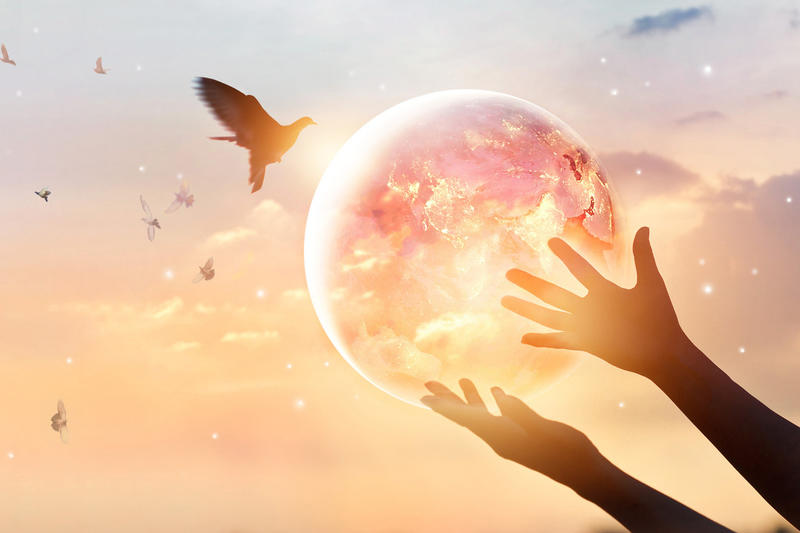 This bill — the Department of Peacebuilding Act of 2019 — would establish a Dept. of Peacebuilding in the executive branch, to be headed by a Secretary of Peacebuilding. This department would be dedicated to peacebuilding, peacemaking, and the study and promotion of conditions conducive to both domestic and international peace and a culture of peace.

This bill would set forth a mission for this department that includes the cultivation of peace and peacebuilding as a strategic national policy objective and the development of policies that promote national and international conflict prevention, nonviolent intervention, mediation, peaceful conflict resolution, and structured conflict mediation.

The following offices would be established within the Dept. of Peacebuilding, with Assistant Secretaries to be appointed by the president to head each one:

A Federal Interagency Committee on Peace would also be established to coordinate the Dept. of Peacebuilding’s actions, as well as its actions with other federal agencies.

This bill would also establish a U.S. Peace Academy, which would act as a sister organization to the military service academics. The Academy would research and teach cutting-edge techniques for the reduction of violence both domestically and globally. It’d also join the military service academies in providing assistance to the military in international conflict resolution. The Academy’s faculty would be derived from well-established practitioners known for best practices in the field of violence reduction and conflict resolution.

The Dept. of Defense (DOD) and the State Dept. would be required to consult the Dept. of Peacebuilding concerning nonviolent means of conflict resolution when a conflict between the U.S. and any other government or entity is foreseeable, imminent, or occurring.

Finally, the Dept. of Peacebuilding would encourage citizens to observe and celebrate the blessing of peace and endeavor to create peace on Peace Days, which would include discussions of the professional activities and achievements of peacemakers.

“We owe it to ourselves and our young people to create a society where war and violence are no longer the norm, where hate and inequity have no place, and where there is justice for all.  A Department of Peacebuilding would help us accomplish our goals by facilitating peace summits between conflicting parties, advancing restorative justice practices in our institutions, and promoting peacebuilding in the realms of human and economic rights, disarmament, technology, and the media … peacebuilding together is the way forward.”

When she first introduced this bill in February 2013, Rep. Lee said:

“This culture of violence that we live in is unacceptable. On our streets and across the globe, the pervasive presence of violence has infected the lives of millions, and it is far past time we address it as a nation. We invest hundreds of billions each year in the Pentagon, in war colleges, military academies, and our national defense universities all to develop war tactics and strategies.  Now we need that kind of investment in peace and nonviolence here at home… The Department of Peacebuilding… has the potential to reduce suffering on a national and global scale while saving billions of dollars through violence reduction and increased economic productivity.”

The Peace Alliance supports this bill, writing that:

“This Department of Peacebuilding Act embodies the principles fundamental to resolving conflicts in all areas of society and building a culture of peace. The new Department will provide tools and education to help us all work together on issues, such as security, the economy, homelessness, energy, public health, the environment, and more.”

In a column when this bill was first introduced in 2013, U.S. News & World Report contributor G. Philip Hughes argued that the U.S. Institute of Peace and State Dept. fulfill all the objectives that the proposed Dept. of Peacebuilding would:

“For 30 years, we've had an almost entirely federally-funded U.S. Institute of Peace. It occupies a shiny new building next door to the State Department on the National Mall. Originally dreamed up as a counterweight to the Pentagon's War Colleges and defense think tanks, studying how to make war (instead of peace), it's programs have long since expanded beyond interstate conflict to research, teaching, and training on sources of and antidotes for societal violence— including forays into more effective approaches to policing. Practically everything Representative Lee's new federal department would do, the institute already does. But the proposal isn't to elevate the institute to cabinet rank; it's to build something new on top of it. Just the thing to do in a time of out-of-control deficits and run-away debt. And then there's the fact that we already have a ‘Department of Peace.’ It's called the State Department. Ask anyone who works there—or ever has. They'll tell you: It's their professional mission to keep the United States at peace and to achieve its aims in the world peacefully.”

Of Note: According to the Centers for Disease Control and Prevention (CDC), each life cut short by a homicide costs the U.S. economy $1.65 million. Worldwide, the Institute for Economics and Peace estimates that violence and conflict cost the global economy $9 trillion in 2011.

The inaugural Peace Perceptions Poll, conducted by International Alert and the British Council in collaboration with global polling agency RIWI in 2018, found that Americans rank “dealing with the reasons people fight in the first place” as the most effective among measures to bring peace, far above military intervention (ranked last, with only eight percent of Americans preferring this above all other tactics). “Supporting societies and communities to resolve conflict peacefully” ranked second, “Negotiate peace agreement with political leaders” came third, and “having democratic elections” ranked fourth. In all, 82 percent of respondents favored preventative and peaceful solutions to violence.