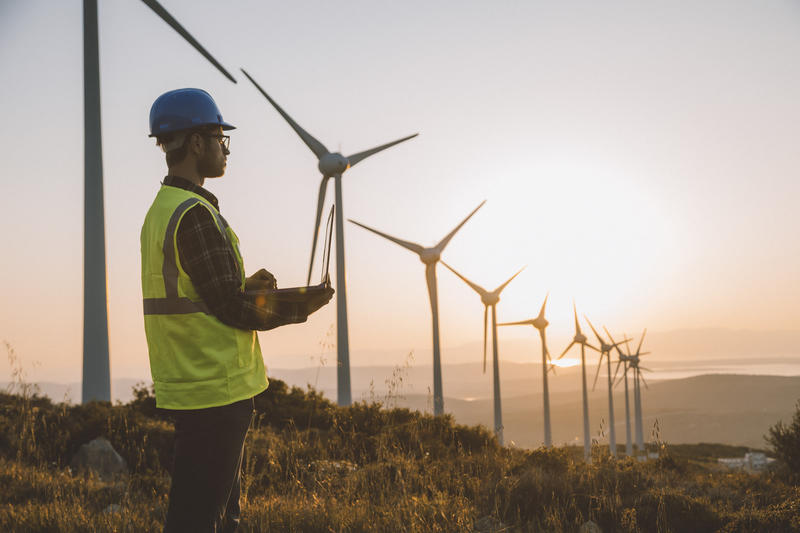 Should the House Call for a 'Green New Deal' to Fight Climate Change and Income Inequality? (H. Res. 109)

This resolution would express the non-binding sense of the House that it’s the federal government’s duty to create a Green New Deal that aims to combat climate change and income inequality over the course of a decade. The Green New Deal would aim to achieve net zero greenhouse gas emissions, require all U.S. power demand to be met through renewable sources, upgrade all existing buildings in the U.S. to maximize energy efficiency standards that’d also apply to new buildings, and promote “justice and equity” for certain groups of people. A breakdown of the policies the House would propose for a Green New Deal can be found below.

The Green New Deal mobilization would aim to accomplish a number of goals within a 10-year timeframe:

The resolution would call for the Green New Deal to be developed through “transparent and inclusive consultation with frontline and vulnerable communities, labor unions, worker cooperatives, civil society groups, academia, and businesses.” Further, the resolution adds that a Green New Deal mobilization would require the following projects and goals to be achieved:

Among the frontline and vulnerable communities this bill would seek to protect against “exacerbated systemic racial, regional, social, environmental, and economic injustices” are: “indigenous communities, communities of color, migrant communities, deindustrialized communities, depopulated rural communities, the poor, low-income workers, women, the elderly, the unhoused, people with disabilities, and youth”.

Climate change and income inequality are two of the greatest threats facing America. Enacting a massive transformation of our society like this Green New Deal is the best way to achieve that, not only through cutting emissions, investing in clean energy, and upgrading infrastructure but by guaranteeing economic security for all Americans — particularly those from vulnerable communities. This may be a non-binding resolution, but its passage would be a positive step toward the realization of a Green New Deal.

The Green New Deal suggested by this resolution is a massive transformation of our society that comes with tremendous costs. It sets unrealistic goals like eliminating all energy derived from fossil fuel & nuclear power while upgrading or replacing every building in America over the course of a decade. And it goes well beyond environmental policies by calling for guaranteed “economic security for those willing or unwilling to work.” Alternatively, this bill is non-binding and wouldn’t make any real progress in achieving its stated goals.

The House of Representatives.

As a non-binding resolution, this bill would have no cost.

In-Depth: Rep. Alexandria Ocasio-Cortez (D-NY) introduced this bill to call for the federal government to create a Green New Deal that would aim to combat climate change and income inequality, saying in a press conference:

“Today is the day that we truly embark on the comprehensive agenda of economic, social, and racial justice in the United States of America. Climate change and our environmental challenges are one of the biggest existential threats to our way of life. Not just as a nation, but as a world. And in order for us to combat that threat, we must be as ambitious and innovative in our solution as possible.”

Rep. Ocasio-Cortez’s congressional website initially posted an FAQ about this bill and the Green New Deal in general, but removed the link from its media page (though a since-edited version is still available via NPR). It offered a broader context on several aspects of the plan, including:

Some have expressed skepticism about this Green New Deal plan including Obama administration energy secretary Ernest Moniz, who called the plan “impractical” in an interview with NPR, adding “I’m afraid I just cannot see how we could possibly go to zero carbon in the 10-year timeframe.” And Sen. Mazie Hirono (D-HI) said that efforts to eliminate air travel “would be pretty hard for Hawaii,” while a Democratic leadership aide told the New York Times that House Speaker Nancy Pelosi (D-CA) isn’t planning to bring the current resolution up for a vote.

This resolution has the support of 67 cosponsors, all of whom are Democrats.