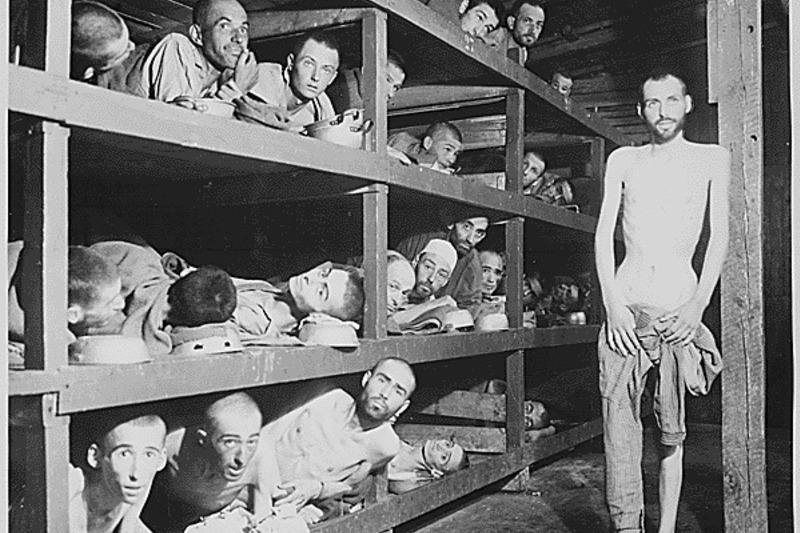 Should There Be a Grant Program to Help Schools Teach About the Holocaust? (H.R. 943)

This bill — the Never Again Education Act — would create a Holocaust Education Assistance Program Fund from which the Dept. of Education would disburse grants to entities carrying out Holocaust education programs and create materials for schools that satisfy state standards. Up to $2 million in annual appropriations to the fund would be authorized for fiscal year 2020 and the four fiscal years thereafter. The fund could also accept private donations and in-kind contributions, and at least 90% of the program’s expenses would have to be in the form of grant awards.

The Dept. of Education would be required to create (or update and maintain) an online Holocaust education website to serve as a central hub for the program. The site would contain resources for middle and high schools and facilitate connections between schools and Holocaust education centers, institutions, and foundations with expertise in content and pedagogy for instructing on the subject appropriately and effectively.

The Dept. of Education would be required to review grant recipients each year to ensure they’re complying with the terms of the grant and following through with their Holocaust education program. An annual report would also be provided to Congress to outline the program’s activities each year.

This bill would improve Holocaust education across the U.S. at a time when there’s been a disturbing uptick in anti-Semitic violence and many students are unaware of the Holocaust or its significance. Because the program’s grants would be primarily funded through donations, this bill would come with a negligible cost to taxpayers.

There’s no need for the federal government to establish a grant program to advance Holocaust education, even if it’s primarily funded by donations. Some state and local education agencies already have programs to teach students about the horrors of the Holocaust, so others can follow suit without the need for a federal program.

Students and teachers; Holocaust education organizations; state education agencies; the Depts. of Education and the Treasury; and Congress.

In-Depth: Rep. Carolyn Maloney (D-NY) introduced this bill to address a national rise in anti-Semitism by creating a new grant program at the Dept. of Education that would give teachers across the U.S. resources and training to teach children important lessons about the Holocaust:

“We are at a dangerous moment in time. Anti-Semitism is on the rise around the world and here at home, and the money of the Holocaust is fading for far too many Americans. We can combat this by making sure we teach our students, tomorrow’s leaders, about the horrors of the Holocaust. It is simply not enough to condemn hateful, violent attacks against the Jewish community - we need to be proactive, we need to take action. I am proud to reintroduce the Never Again Education Act, so that we can be vigilant in the fight against hatred and give teachers across the United States the resources and training they need to teach our children the important lessons of the Holocaust.”

“Over the last few years, a concerning amount of anti-Semitic incidents have occurred in our country. My hope is that this bill will combat the rise of this inexcusable behavior by further educating our nation’s students on the unthinkable and innumerable atrocities of the Holocaust. As a nation, we cannot allow a return to the hateful actions that led to the Holocaust and I’m proud to do my part to change it.”

“We must educate our children about the dehumanization, the burning of books and synagogues, which led to the Holocaust that claimed the lives of 6 million Jews including 1.5 million children, as well as my family in Auschwitz, Theresienstadt, and Lublin. After the Anschluss, March 12, 1938, my close non-Jewish friends all cut ties with me, I became a pariah. This is the first time I experienced the hatred of anti-Semitism. Anti-Semitism is a cancer that was in remission and has now metastasized. Sadly, we have seen the widespread increase in anti-Semitic acts in Europe and the United States and the shock of the horrific attack on the Tree of Life Synagogue in Pittsburgh. We need to protect our children from the scourge of anti-Semitism, bigotry and hatred that destabilizes civil society and peaceful co-existence. Education of ‘love your neighbor as yourself’ is needed more than ever before.”

This legislation has the support of 156 bipartisan cosponsors, including 113 Democrats and 43 Republicans.

Of Note: The Holocaust, also known as the Shoah, was a genocide in which Nazi Germany murdered more than 6 million European Jews — about two-thirds of the continent’s Jewish population — between 1941 and 1945. The Holocaust was Adolf Hitler’s “Final Solution to the Jewish Question” and aimed to conclude the Nazi regime’s systematic persecution of Jews, which began in 1933, by exterminating them altogether. Other groups were also targeted for extermination by the Nazis, including Slavs (mostly Poles and Russians), the Roma, political and religious dissenters, and gays — bringing the total number of people killed by Nazi persecution to 17 million.

According to Rep. Maloney’s office, only 8 states have laws requiring Holocaust education in school curricula while another 12 states recommend it. Recent polling shows that Americans’ knowledge about the Holocaust is sorely lacking:

In recent years there has been uptick in anti-Semitic violence in the U.S. and Europe. In October 2018, 11 Jews were murdered at the Tree of Life Synagogue, which was the deadliest attack against Jews in U.S. history. Additionally, Rep. Maloney’s office notes numerous attacks against Hasidic Jews in New York City.