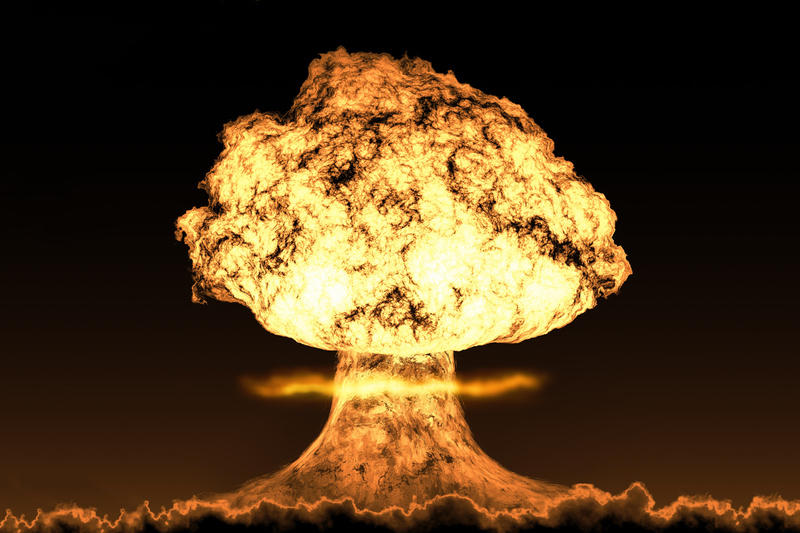 America’s current nuclear strategy is unnecessarily risky, creating opportunities for nuclear war when countries come into conflict with the U.S. Codifying a No First Use policy would help make the U.S. and the world safer.

America’s nuclear arsenal is an important deterrent against nuclear threats to both it and its allies, and has prevented nuclear war. Eliminating the deterrent of a potential pre-emptive nuclear first could embolden adversaries like Russia & China.

Nuclear policy; No First Use; and U.S. response to military threats.

In-Depth: Sen. Elizabeth Warren (D-MA) and Rep. Adam Smith (D-WA) introduced this bicameral legislation to establish a formal no first use policy for the U.S. in regards to nuclear weapons. In a joint statement, Sen. Warren and Rep. Smith said:

“Our current nuclear strategy is not just outdated--it is dangerous. By making clear that deterrence is the sole purpose of our arsenal, this bill would reduce the chances of a nuclear miscalculation and help us maintain our moral and diplomatic leadership in the world."

In November 2018, Sen. Warren called for a No First Use policy in a speech laying out her vision for a progressive foreign policy:

“Let me propose three core nuclear security principles. One: No new nuclear weapons. I have voted against and will continue to vote against this President's attempt to create new, more "usable" nuclear weapons. Two: More international arms control, not less. We should not spend over a trillion dollars to modernize our nuclear arsenal, at a time when the President is doing everything he can to undermine generations of verified arms control agreements. Instead, let's start by extending New START through 2026. Three: No first use. To reduce the chances of a miscalculation or an accident, and to maintain our moral and diplomatic leadership in the world, we must be clear that deterrence is the sole purpose of our arsenal.”

The Arms Control Association’s executive director, Daryl G. Kimball, wrote in favor of a No First Use policy in October 2018:

“Retaining the option to use nuclear weapons first is fraught with unnecessary peril. Given the overwhelming conventional military edge of the United States and its allies, there is no plausible circumstance that could justify legally, morally, or militarily the use of nuclear weapons to deal with a non-nuclear threat. Even in the event of a conventional military conflict with Russia, China, or North Korea, the first use of nuclear weapons would be counterproductive because it likely would trigger an uncontrollable, potentially suicidal all-out nuclear exchange…  [L]eaders in Congress and the next administration must re-examine and revise outdated nuclear launch policies in ways that reduce the nuclear danger. Shifting to a formal policy stating that the United States will not be the first to use nuclear weapons and that the sole purpose of nuclear weapons is to deter nuclear attack would be a significant and smart step in the right direction.”

In the Fall 2010 issue of, Michael S. Gerson argued that a continued U.S. First Use policy raises the risk of serious future armed conflicts:

“If a nuclear-armed opponent believes that the United States might use nuclear weapons first in a disarming strike, a severe crisis could be especially dangerous and unstable. A crisis is ‘stable’ when neither side has an overriding incentive to use nuclear weapons first, and both sides are aware of this situation. Conversely, a crisis is ‘unstable’ when one or both states have an overriding incentive to strike first. Given U.S. quantitative and qualitative advantages in nuclear forces, and given that current and potential nuclear-armed adversaries are likely to have nuclear arsenals with varying degrees of size and survivability, in a future crisis an adversary may fear that the United States could attempt a disarming nuclear first strike. Even if the United States has no intention of striking first, the mere possibility of such a strike left open by a policy of not ruling one out could cause suboptimal decisionmaking in the heat of an intense crisis and increase the chances that nuclear weapons are used.”

Critics of No First Use argue that the U.S. is in a unique position with regards to nuclear weapons use. They contend that the U.S. is responsible for not only defending itself, but also extending a protective nuclear umbrella over its allies around the world. With this in mind, numerous American allies with more populous enemies — Britain, Japan, France, and South Korea — all lobbied against No First Use when the Obama administration considered the idea.

Those who oppose the adoption of No First Use by the U.S. also point to the increasing potency of non-nuclear weapons, such as hypersonic missiles (which can cross oceans at over five times the speed of sound), chemical weapons, and biological weapons, as weapons of war that may demand a nuclear U.S. respond. They argue that a nuclear response shouldn’t be off the table if such weapons are used to attack the U.S. or its allies.

The Dept. of Defense is opposed to adopting a No First Use policy. In a fact sheet, “Dangers of a Nuclear No First Use Policy,” the DOD writes:

“[A]doption of [a No First Use policy] could increase the likelihood of devastating conflict, including one that escalates to nuclear war, by incentivizing non-nuclear strategic attack on, and coercion of, the U.S. or our allies and partners. Such a policy may change how adversaries and allies view the credibility of the U.S. nuclear deterrent and our resolve to use it when our vital interests are threatened. Operational scenarios exist in which the U.S. would consider first use. Retaining a degree of ambiguity and refraining from a no first use policy creates uncertainty in the mind of potential adversaries and reinforces deterrence of aggression by ensuring adversaries cannot predict what specific actions will lead to a U.S. nuclear response. Implementing a no first use policy could undermine the U.S. ability to deter Russian, Chinese, and North Korean aggression, especially with respect to their growing capability to carry out non- nuclear strategic attacks.”

This legislation has six Senate cosponsors, including five Democrats and one Independent. Its House companion, sponsored by Rep. Adam Smith (D-WA), has 36 Democratic House cosponsors. Neither bill has received a committee vote.

Beyond the Bomb supports this bill.

Of Note: China and India committed themselves to version of No First Use decades ago. However, in the U.S., committing to No First Use would reverse over seven decades of nuclear strategy.

During the Obama administration, both military and civilian officials opposed the adoption of a No First Use policy. Air Force officials argued that a policy of calculated ambiguity gave the president options in the crisis. Admiral Haney, then-Commander in Chief of Strategic Command, noted that a shift to No First Use could undermine deterrence and stability in an uncertain security environment. Then-Secretary of State John Kerry and then-Secretary of Defense Ash Carter also raised concerns that a No First Use policy could undermine U.S. allies’ confidence and security.