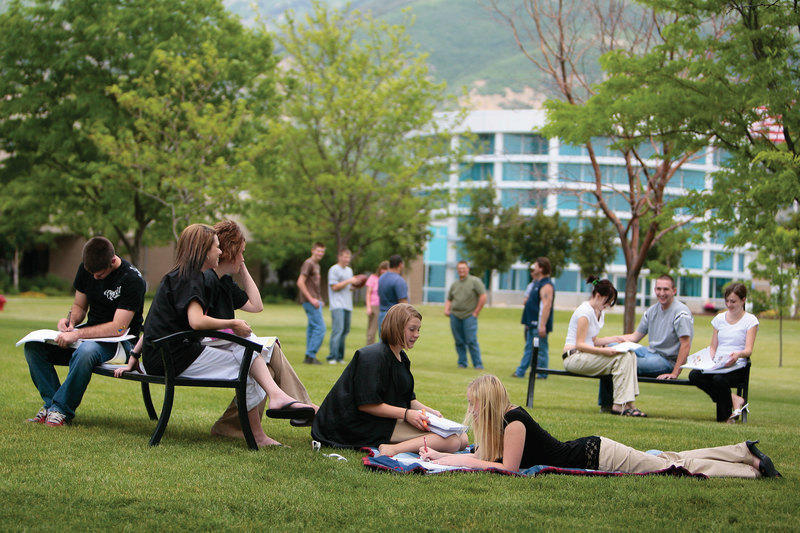 This bill — the No Funding for Sanctuary Campuses Act — would prohibit federal funding for student loans and grants to colleges and universities that adopt “sanctuary campus” policies and refuse to cooperate with federal immigration authorities. Specifically, funding from Title IV of the Higher Education Act would be cut off, which funds the Direct Loan, Federal Perkins Loan, and Pell Grant programs among others.

A “sanctuary campus” would be defined as any college or university that:

An institution of higher education wouldn’t be considered a sanctuary campus solely based on having a policy that prohibits its staff from reporting an unauthorized immigrant who comes forward as a crime victim or witness.

If this bill is enacted, it wouldn’t take effect for 90 days, so colleges and universities would have time to potentially change their campus policies to comply with this legislation.

Colleges and universities that refuse to comply with immigration law should have their federal funding for student loans and grants cut off. If the people who live in that state support that policy, they can pick up that tab.

It would be incredibly spiteful to deny institutions of higher education access to loans that enable more students to further themselves academically simply because the school doesn’t want to help deport unauthorized immigrants.

“Most Americans understand the issue at hand. We are in the midst of a federal government shutdown for one reason and one reason only: Democrats continue to care more about the safety and well-being of people in foreign countries than the people here in the U.S. There is no other way to explain it. Democrats continually refuse to provide funding for border security, which they admit we need and have supported in the past. Democratic leadership have rebuffed President Trump’s compromise proposals to provide relief to DACA children and do nothing to address 'sanctuary' policies passed by state and local governments and private institutions... Over 200 college and university campuses have active petitions to their school administrations deeming their institutions to be 'Sanctuary Campuses,' thereby deliberately ignoring federal immigration law. These campuses actively promote both their refusal to cooperate with border enforcement agencies and their willingness to provide benefits to those here illegally, even at the expense of students that have legal status to attend their school. If colleges and universities choose to deem themselves 'Sanctuary Campuses,' then I believe Congress has every right to withhold federal funding. These institutions exist to provide for the academic needs of their students, not pick and choose which federal laws they deem appropriate to recognize.”

When Rep. Hunter originally introduced this bill, New America's Alexander Holt called it a poorly-conceived continuation of the Obama administration's bad policy of making colleges a battleground for identity politics:

"Mr. Hunter... is highlighting a misplaced priority for Republicans when it comes to higher education: They are focused on witch hunts for illegal immigrants while they should instead be focused on reducing the risk to taxpayers from bad schools with bad outcomes... Mr. Hunter and conservatives who are pained by the idea that a college might get away with harboring illegal immigrants and still receiving federal financial aid need to focus on the real scandal. Where is their outrage to the fact that hundreds of millions of federal dollars a year go to schools that don’t graduate students or prepare them for the economy? Or federal dollars to schools with high percentages of students who borrow federal student loans and haven’t paid back a dollar of principal three years after attending? Blame the schools or blame the students; either way, these schools are taxpayer money pits, predatory lending schemes that manage to leave both the taxpayer and the student poorer, with only the school enriched... Republicans should resist the urge to use Mr. Obama’s tactics of politicizing federal student aid for their own ends. And while there are differences (illegal immigration really is illegal, and it’s an act of Congress, not an executive action), Republicans should use what we might call prosecutorial discretion. Mr. Trump, for instance, has vowed to target illegal immigrants who have committed crimes in the U.S. This is a far less sympathetic group. By not adhering to the laws of the country and potentially endangering citizens, they have not earned the right to be in the United States. But these students are the opposite. They are learning and growing in one of America’s strongest existing set of institutions—colleges and universities—the majority of which have helped ensure the country’s scientific, military, and economic dominance over the last sixty years. They are more likely to be tax-paying citizens who produce and contribute to the general welfare. While the colleges provoked conservatives by standing in defiance to the law, Mr. Hunter’s reaction is worse... Republicans have a tremendous opportunity. They should not waste it by making higher education the next identity politics battleground."

Scott Schneider, a higher education lawyer at the firm Fisher Phillips, points out that there's no basis under federal law for the revocation of federal funds based on schools' compliance — or lack therefore — with immigration authorities. Schneider observes, "[T]here would be no basis for the Department of Education or any arm of the government to pull federal funds from a university for refusing to voluntarily cooperate with immigration authorities.”

Of Note: It's estimated that 65,000 undocumented students graduate from U.S. high schools each year. The Pew Research Center estimates that 200,000-225,000 U.S. college students are undocumented immigrants.