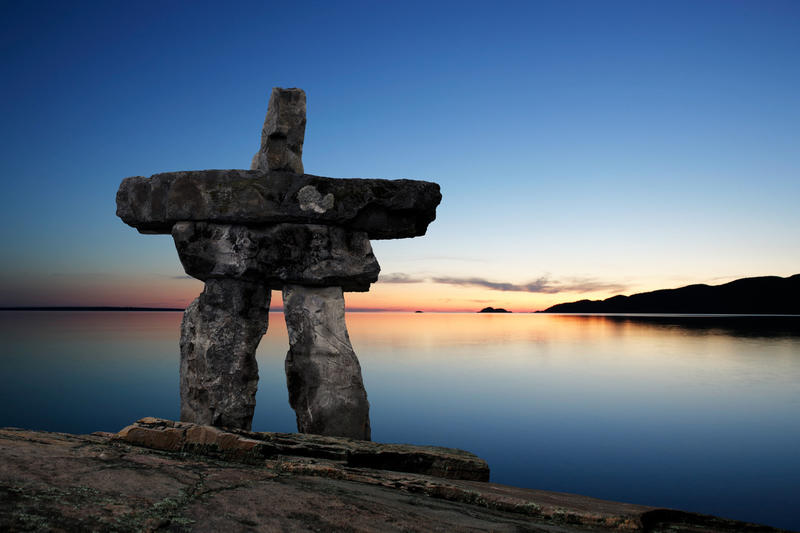 This section of the bill would authorize the Dept. of Commerce to award grants to Indian tribes under the Coastal Zone Management Act (CZMA) for the purpose of achieving certain goals in tribal coastal zones. Approximately 27 federally recognized tribes, representing about 270 miles of coastline, would be eligible to apply for these grants. Currently, tribal governments must petition states to prioritize their projects before they can be considered for funding.

Grants given out under this bill could be used to fund any of the following tribal coastal zone objectives:

This bill would also direct the Commerce Secretary to establish a task force to work directly with coastal state, user groups, and coastal stakeholders to identify and address critical needs with respect to working waterfronts. The task force would be responsible for:

A Working Waterfronts Preservation Loan Fund would also be established at the Treasury Dept., from which the Commerce Secretary would take funds to make loans to coastal states for the purpose of implementing a working waterfront plan approved by the Commerce Secretary. These loans would be at least $10,000 each, and no single loan could exceed 15% of the Fund’s total assets as of July 1 of the fiscal year in which the loan is made.

The Commerce Secretary would also be responsible for establishing a coastal climate change adaptation preparedness and response program to:

The Commerce Secretary would be allowed to make grants to coastal states for the purpose of developing climate change adaptation plans. These grants could be used to implement projects in the coastal zone to address stress factors to improve coastal climate change adaptation, including: 1) activities to address physical disturbances within the coastal zone, especially activities related to public facilities and public services, tourism, sedimentation, ocean acidification, and other factors; 2) monitoring, control, or eradication of disease organisms and invasive species; 3) activities to address wildlife habitat loss, degradation, or fragmentation; and other issues. The Commerce Secretary would promote and encourage the use of National Estuarine Research Reserves as sites for pilot or demonstration projects using these grant funds.

This bill would also encourage partnerships among public agencies and other interested persons to promote fishery conservation. To this end, it would establish a 25-member National Fish Habitat Board to:

To carry out fishery conservation, Congress would be authorized to enter into partnerships with entities to work collaboratively to promote cooperation and coordination to enhance fish populations and fish habitats. Each partnership would submit a list of priority fish habitat conservation projects to the National Fish Habitat Board on an annual basis to receive annual funding. The Board would then be responsible for selecting projects to fund based on their merits and potential for success.

This bill would also authorize the Director of the United States Geological Survey (USGS) to conduct monitoring, assessment, science, and research in support of the binational fisheries within the Great Lakes Basin. To this end, the Director would: 1) execute a comprehensive, multi-lake, freshwater fisheries science program; 2) coordinate and work cooperatively with regional, state, tribal, and local governments; and 3) consult with other interested entities and groups, including academia and relevant Canadian agencies. The research conducted may include topics such as deepwater ecosystem sciences, biological and food web components, fish movement and behavior investigations, fish population structures, and more.

This bill would direct the Commerce Secretary to establish a program, to be called “Digital Coast,” to provide an enabling platform that integrates geospatial data, decision-support tools, training, and best practices to address coastal management issues and needs. The program would:

The Commerce Secretary would also be responsible for coordinating data collection, sharing, and integration and minimizing duplication by consulting with coastal states, local governments, and representatives of academia, the private sector, and nongovernmental organizations.

In carrying out the Digital Coast program, the Commerce Secretary would be responsible for:

The Commerce Secretary would have the authority to enter into financial agreements to carry out the Digital Coast program.

Coastal communities are already seeing the effects of climate change, which have forced them to move to higher ground, alter their ways of life, and more. The federal government has an obligation to help communities deal with these impacts, which it can do through the grants created by this bill. Similarly, the federal government should be studying climate change in coastal communities and coordinating research and analysis efforts — which this bill also provides for.

This bill would create a permanent $5 billion annual earmark, which the National Oceanic and Atmospheric Administration (NOAA) has warned might lead to a focus on capital-intensive projects that could adversely affect beaches, dunes, and other coastal resources. Based on NOAA’s logic, it’s possible that this bill could do more harm than good and fail to achieve its coastal conservation & resiliency goals.

"We've seen this first-hand in my neck of the woods. From the four coastal tribes that are actively working to move to higher ground, to those on the Puget Sound who have seen fisheries disasters as a consequence of changing ocean conditions.”

Rep. Kilmer is optimistic about this bill’s chances with Democrats controlling the House and putting climate change “on the front burner.” After this bill passed the House Natural Resources Committee, Rep. Kilmer said:

“The challenges of severe storms and increased flooding are affecting communities throughout our country – and in my district alone, there are four tribes that are actively moving to higher ground. This bill will provide direct access to much needed resources for tribes to enhance their coastal resiliency and keep their people out of harm’s way. I am grateful for the Committee’s bipartisan support of this bill and attention to these important matters and urge the full House of Representatives to pass this legislation without delay.”

“The Quinault Indian Nation strongly supports the Tribal Coastal Resiliency act and requests the Subcommittee and full Committee consider and pass the bill expediently. This legislation will make available to Tribes grant funding for the protection and preservation of Tribal coastal zones and areas. This is funding that is critically needed by Tribes that are dealing with coastal and shoreline degradation and destabilization due to climate change. H.R. 729 also gives Tribes parity with states by allowing them to work directly with the federal government on these grants. This is a much needed change that will be beneficial for every Tribe that is dealing with coastal resiliency issues… The grants created by H.R. 729 will be a very positive step toward assisting [tribes[ in addressing [climate change-related] issues.”

Reps. Rob Bishop (R-UT), Jody Hice (R-GA), Mike Johnson (R-LA), and Kevin Hern (R-OK) objected to this bill when the House Natural Resources Committee voted on it. In their dissenting views to the committee report, they argued that a permanent earmark, as proposed in this bill, isn’t necessary and could be counterproductive:

“H.R. 729, which would permanently earmark $5 million of the annually appropriated CZMA grant dollars for tribes and potentially waive any cost sharing requirement. This earmark is not necessary; as demonstrated by the legislation's savings clause, tribes already have the ability to participate in any program authorized by the CZMA. We also have significant concerns with the impact this would have on existing coastal zone management programs. Lastly, NOAA expressed concerns during our legislative hearing that H.R. 729 would focus funding on objectives it finds ‘capital-intensive and, in some cases, adversely affect nearby beaches, dunes, and other coastal resources.’ For these reasons, we oppose this legislation.”

This legislation passed the House Natural Resources Committee by voice vote with the support of 14 bipartisan House cosponsors, including 11 Democrats and three Republicans.

Of Note: In its committee report, the House Natural Resources Committee observes that Native American communities are particularly likely to feel the adverse effects of climate change:

“Throughout Indian Country, the effects of climate change are already being felt. Chronic flooding, wildfire, drought, and rising sea levels are threatening indigenous peoples' ways of life, affecting their traditional subsistence hunting and fishing rights, and endangering their commercial activities and tourism enterprises. These impacts are especially significant for tribes along coastal areas, where residents are seeing changes in their coastal lands due to extreme weather, erosion, and other impacts to their natural resources.”

In Rep. Kilmer’s home state of Washington State alone, there are over 3,000 miles of marine coastline that many reservations or fishing grounds are located on. Several tribes — including the Quileute Nation village of La Push, the Hoh Tribe, the Makah Tribe, and the Quinault Indian Nation — have already started moving assets and people to higher ground.