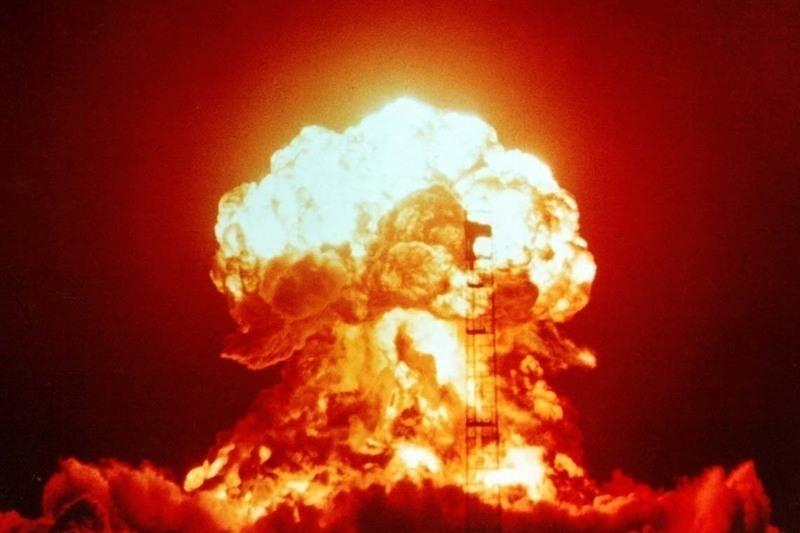 Does the President Need to be Blocked From Launching a Nuclear First Strike Unless Congress Declares War? (H.R. 669)

This bill would prohibit the president from launching a nuclear first strike against a U.S. adversary unless Congress has approved a declaration of war against that country that explicitly authorizes a first strike.

It would also declare that it is U.S. policy to never use a nuclear first strike without a declaration of war. A nuclear first strike would be defined as any nuclear attack against an enemy that is conducted without the president determining that the enemy has first launched a nuclear strike against the U.S. or one of its allies.

A U.S. president shouldn’t conduct a nuclear first strike unless an adversary has already attacked America or its allies with nuclear weapons or Congress has given the president that authority. That power in the wrong hands could lead to nuclear armageddon.

To deny the president even the possibility of launching a unilateral nuclear first strike give our enemies leverage. There could be scenarios where there’s only a brief window to launch a preemptive strike before an adversary can attack America or its allies.

Congress and the President.

In-Depth: Sponsoring Rep. Ted Lieu (D-CA) reintroduced this bill from the 115th Congress to restrain a president from launching a nuclear first strike against an enemy of the U.S. unless Congress gives its authorization. Observing that President Trump's brand is to "unpredictable and rash," Rep. Lieu said:

"We introduced this bill under the Obama Administration, but Trump’s Presidency has highlighted just how scary it is that any president has the authority to launch a nuke without Congressional consultation. I believed in 2016 what I still believe now: launching a weapon that has the power to instantly kill millions of people is an obvious act of war. Regardless of who sits in the Oval Office, Congress has the constitutional duty to decide when a nuclear first strike is warranted. As we’re now coming to realize, we could be one tweet that insults the president away from catastrophe.”

When he originally introduced this bill, Rep. Lieu said in a press release that there issue "is more urgent now than ever that President Donald Trump has the power to launch a nuclear war at a moment's notice" and added:

“It is a frightening reality that the U.S. now has a Commander-in-Chief who has demonstrated ignorance of the nuclear triad, stated his desire to be 'unpredictable' with nuclear weapons, and as President-elect was making sweeping statements about U.S. nuclear policy over Twitter. Congress must act to preserve global stability by restricting the circumstances under which the U.S. would be the first nation to use a nuclear weapon. Our Founders created a system of checks and balances, and it is essential for that standard to be applied to the potentially civilization-ending threat of nuclear war.”

When he and Rep. Lieu reintroduced this bill in the current Congress, Sen. Ed Markey (D-MA) said:

"No American President, and certainly not Donald Trump, should have the power to launch a first use nuclear first strike absent such an attack without explicit Congressional approval. It would be immoral, it would be disproportionate, and it could only be considered an act of war – something our morals and our Constitution make clear no single person should be able to do alone.”

"[B]ecause of our deeply flawed and dangerous system, if the president decides to launch a nuclear weapon, no one can stop him. It is high time for Congress to add a check on this or any future president’s ability to start a nuclear war."

The Federation of American Scientists also supports this bill. The Director of its Nuclear Information project, Hans Kristensen, says no president should have the power to start a nuclear war without a declaration of war by Congress.

In the current Congress, this bill has 46 bipartisan cosponsors, including 45 Democrats and one Republican. Last Congress, this bill had the support of 82 bipartisan cosponsors in the House, including 81 Democrats and one Republican, but it died in committee. House Minority Leader Nancy Pelosi (D-CA) said that it's "urgent" for the U.S. to formally adopt a no first-use policy on nuclear weapons.

Of Note: During the presidential campaign, Democratic nominee Hillary Clinton and her surrogates said that Donald Trump would start a nuclear war, after the host of a TV show alleged that Trump asked a foreign policy expert several times why nuclear weapons aren’t used. Trump denied that allegation.