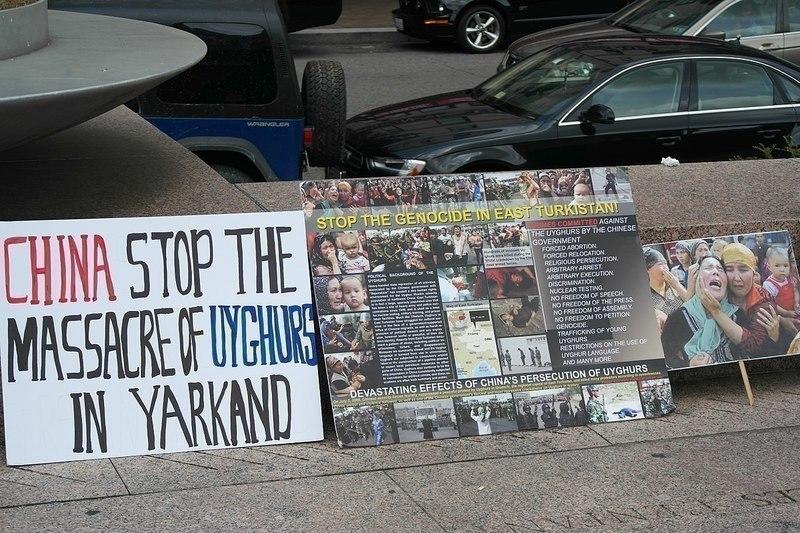 Should the U.S. Block Technology Exports That Could Aid China’s Persecution of the Uighur Muslims? (S. 178)

This bill — known as the UIGHUR Act — would aim to counter the mass arbitrary detention of Turkic Muslims, including Uighurs, in “political reeducation” camps by the Chinese government in the Xinjiang region. It would require federal agencies to produce reports related to the persecution in Xinjiang (described in greater detail below), block exports of technologies that could further that persecution, consider imposing sanctions on officials & entities involved, and pressure the Chinese government to stop the repression through various diplomatic efforts.

The bill begins by listing several findings about the persecution of the 13 million Uighurs and other Muslim ethnic minorities in Xinjiang, including:

The State Dept. would be directed to advocate for the release of detainees, an end to the use of “political reeducation” camps, and the immediate cessation of government persecution against the Uighurs and predominantly Muslim ethnic minorities in meetings with the Chinese government. The agency, along with other federal agencies, would conduct a study to document the systematic detention that would also detail detainment facility locations, estimates of the number of people detained, a timeline of the escalation in discrimination against Turkic Muslims, and interviews from former detainees (to the greatest extent possible).

The bill would require the executive branch to conduct advocacy at the United Nations, with Central Asian governments, and other appropriate foreign governments to condemn the persecution of Turkic Muslims.

The executive branch would be encouraged to consider levying sanctions against senior Chinese officials in the Xinjiang region under the Magnitsky Act.

Federal agencies would be restricted from using a foreign person or entity involved with the mass detention in Xinjiang for procuring goods or services under a federal contract. Exports to China or entities involved in the persecution in Xinjiang that could be used in mass surveillance — such as machine learning technology, artificial intelligence, or biometric technology — would be prohibited. Entities looking to engage in transactions with Xinjiang authorities would have to request approval from the Commerce Dept. and could only receive a waiver if China stops its persecution or a specific transaction would undermine U.S. national security.

The bill would also state that it’s U.S. policy to oppose intimidation of journalists and call on China to allow free movement of journalists and their families throughout Xinjiang. Radio Free Asia would be directed to overcome the jamming of its radio signal by China and expand its availability in the Uighur language. The U.S. Agency for Global Media would be directed to applaud reporters who in their independent journalistic discretion pursue reporting related to human rights in Xinjiang and recognize the importance of widely distributed news content regarding human rights issues in Xinjiang.

The bill’s full title is the Uighur Intervention and Global Humanitarian Unified Response (UIGHUR) Act of 2019.

The U.S. should take a stand against the People’s Republic of China’s mass surveillance of the Uyghurs and other predominantly Muslim ethnic minorities and the internment of a million or more in “political reeducation” camps. The reports required by this bill would orient federal agencies toward strategies that will end the persecution diplomatically.

Congress shouldn’t try to tie the hands of the executive branch as it engages in diplomacy with China. The reports required by this bill could further weaken the U.S.-China diplomatic relationship amid an ongoing trade dispute and tensions over North Korea’s nuclear program.

The Uyghurs and other predominantly Muslim ethnic minorities persecuted in Xinjiang; the Chinese government and its relations with the U.S.; DNI, FBI, the U.S. Agency for Global Media, and the State Dept.; and Congress.

In-Depth: Sen. Marco Rubio (R-FL) introduced this bill to hold the Chinese government accountable for its human rights violations against the Uyghur and other predominantly Muslim ethnic minorities in Xinjiang:

“The United States must hold Chinese government and Communist Party officials responsible for gross human rights violations and possible crimes against humanities, including the internment in ‘political reeducation’ camps of a million or more Uyghur and other predominantly Muslim minorities. The State Department has indicated that it is leading an interagency effort within the administration to develop policy options in response to this brutal campaign of repression. The time for action is now. I’m proud to lead this important bipartisan initiative that elevates the current crisis in Xinjiang, puts forth policy options to address it, and signals that we will not tolerate Chinese government intrusions on American soil.”

“The Trump administration needs to finally develop a coherent strategy for China that reflects our nation’s values, especially given the horrific and ongoing human rights abuses committed against China’s Uighur Minority. This legislation is an acknowledgment that we are now in a new era of strategic competition with China, and I am proud to help lead this important effort so we don’t abandon our values and simply turn a blind eye as a million Muslims are unjustly imprisoned and forced into labor camps by an autocratic Chinese regime.”

In October 2019, the Trump administration imposed visa restrictions on Chinese officials involved in the mass surveillance and detention of minority groups, in addition to blacklisting 28 companies or entities connected to the persecution. Secretary of State Mike Pompeo called China's abuses a "brutal, systematic campaign to erase religion and culture in Xinjiang."

This legislation has the support of 44 bipartisan cosponsors in the Senate, including 18 Democrats, 10 Republicans, and two Independents. It passed the Senate by unanimous consent as the Uyghur Human Rights Policy Act before it was amended by the House with the text of the UIGHUR Act, a House bill that hasn't received a floor vote.

Of Note: Human rights experts say that between 800,000 to 2 million Muslims have been detained indefinitely in reeducation camps since April 2017 because the Chinese Communist Party views them as a potential extremist or separatist threat. Detainees are interned without due process in the camps, where they are subjected to communist propaganda, forced to renounce Islam, and in some cases are beaten and tortured.

And the crackdown extends beyond the reeducation camps as well, with political and cultural indoctrination occurring in schools and authorities using compulsory collection of biometric data (like DNA & voice samples), artificial intelligence, big data, and movement restrictions to control the population. A Human Rights Watch report notes that the “human rights violations in Xinjiang today are of a scope and scale not seen in China since the 1966-1976 Cultural Revolution”, and explains the motivation behind it:

“Authorities have sought to justify harsh treatment in the name of maintaining stability and security in Xinjiang, and to “strike at” those deemed terrorists and extremists in a “precise” and “in-depth” manner. Xinjiang officials claim the root of these problems is the “problematic ideas” of Turkic Muslims. These ideas include what authorities describe as extreme religious dogmas, but also any non-Han Chinese sense of identity, be it Islamic, Turkic, Uyghur, or Kazakh. Authorities insist that such beliefs and affinities must be “corrected” or “eradicated.”