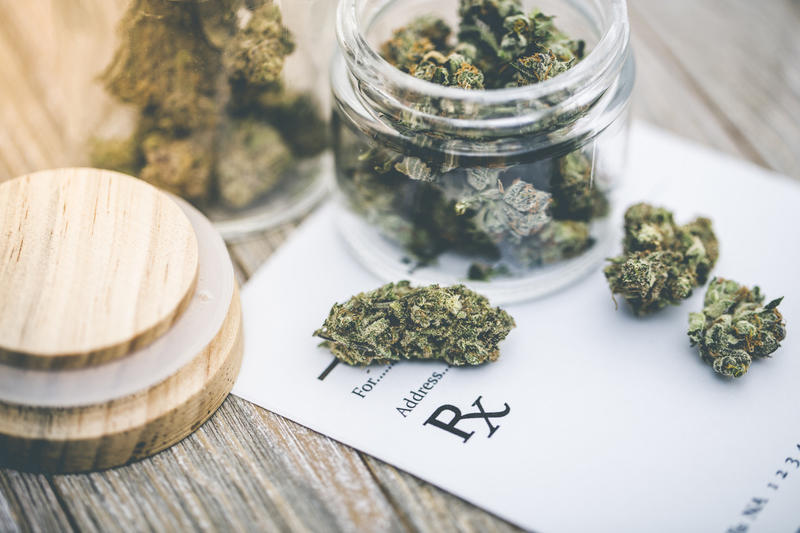 Should There be More Sources of Medical Marijuana For Federally-Funded Research? (H.R. 601)

This bill —  the Medical Cannabis Research Act of 2019 — would increase the number of cannabis manufacturers allowed to grow the substance for legitimate research purposes; authorize healthcare providers at the Dept. of Veterans Affairs (VA) to provide recommendations to veterans regarding participating in federally-approved cannabis clinical trials; and create a “safe harbor” for VA researchers and VA-funded institutions studying medical cannabis and the patients in federally-approved medical cannabis clinical trials. It would not interfere with or change federal or state laws or law enforcement, or make any changes to cannabis’ legal status.

Starting in 2019,  the Attorney General (AG) would be required to increase the number of manufacturers allowed to manufacture cannabis for legitimate research purposes from its current number of one to at least three.

Manufacturers authorized by the AG would be required to:

The AG would be responsible for conducting annual assessments to determine whether there’s an adequate and uninterrupted supply for cannabis for legitimate research purposes.

This legislation does not interfere with federal laws, state laws, or law enforcement. It bill makes no changes to the legal status of cannabis.

Medical cannabis has many potential applications. Federally-funded researchers should have access to high-quality product with which to conduct research, and veterans should be able to be advised on, and participate in, federally-approved trials.

Banning people with criminal records from working at cultivators and requiring cultivators to have letters of good standing from local law enforcement agencies may make it harder for cultivators to run their businesses.

When this bill was introduced in the 115th Congress, the CBO estimated that it'd have a negligible effect on federal spending, costing less than $500,000 over the 2019-2023 period.

“For too long, Congress has faced a dilemma with cannabis-related legislation: we cannot reform cannabis law without researching its safety, its efficacy, and its medical uses — but we cannot perform this critical research without first reforming cannabis law. The Medical Cannabis Research Act helps break that logjam, allowing researchers to study medical cannabis without fear of legal jeopardy. This bipartisan legislation will make a tremendous difference to researchers nationwide, who may finally be able to develop cures for illnesses that affect many of America’s most vulnerable populations. I fully believe that this bill has a chance to pass this Congress and be signed into law by the President, who expressed his support for medical cannabis during his campaign."

“This bipartisan cannabis reform legislation will improve the quality of scientific research on cannabis, while protecting research institutions nationwide. I fully believe that this bill has a chance to pass this Congress and be signed into law by the President, who expressed his support for medical cannabis during his campaign. It is monumental for the House Judiciary Committee to consider cannabis-related legislation. They have not tackled legislation on this topic since 1978, before I was born. I have been assured that the committee will take up my legislation, however; the Medical Cannabis Research Act was cosponsored by Judiciary Chairman Bob Goodlatte, and his office was instrumental in helping to draft the final legislation. He has been invaluable in making this legislation a reality, and I thank him for his help. Cannabis has always faced a Catch-22 in Congress: we can’t change cannabis laws without doing research, but we can’t do more research without changing the law. Our bill finally breaks that logjam. This legislation will make a tremendous difference to researchers nationwide, who may finally be able to develop cures for illnesses that affect many of America’s most vulnerable populations. I thank my colleagues for their support, and look forward to passing sweeping cannabis reform legislation this Congress.”

Some drug policy reform advocates, who otherwise strongly support expanding medical marijuana research, expressed concerns with some of this bill’s provisions when it was introduced last Congress. Specifically, they didn't like that it barred people with felony or drug-related misdemeanor convictions from being affiliated with research cultivation operations, or that it requires research cultivation operations to have letters of good standing from local law enforcement agencies, many of which have historically opposed cannabis reform. Michael Collins, interim director of the Drug Policy Alliance’s Office of National Affairs, said:

“Precedent is the biggest concern. If the committee is already on the record saying we ban people from participating in this sector of this industry, that's going to possibly win the day going forward. While the bill’s consideration represents progress, it’s a drop in the ocean given what we need to do to end federal prohibition and repair the harms of the drug war… [and the restrictive provisions are] egregious, unnecessary, and representative of an outdated approach to public policy.”

In response to these concerns, Rep. Gaetz said that he didn't necessarily disagree, saying, “I would go a lot further. If I was king for a day, marijuana doctrine would look different from this bill.” But he argued that the concessions in the bill were needed to get other GOP lawmakers on board:

"For many of my Republican colleagues, the most difficult marijuana reform vote to take is the first one. I'm trying to create the most comfortable setting for marijuana skeptics to do something right by their constituents, and that process can yield imperfect legislation that is directionally correct."

However, Collins contended that removing the restrictions in this bill wouldn’t harm its chance at passage, and argued that the restrictions actually made this bill's passage less likely because they caught the attention of criminal justice reform advocates:

“The provisions are overly cautious and unnecessary given what the committee has voted on in the past (namely, broader criminal justice reform aimed at giving people second chances after serving prison terms)... [the Drug Policy Alliance] would like to get behind this bill, but with these provisions it's going to be very difficult.”

Rep. Jerry Nadler (D-NY), who's now the chairman of the House Judiciary Committee, voted against this bill in the 115th Congress due to concerns about the ban on workers with felony convictions. Citing the racially disproportionate manner in which drug laws have been historically applied, Rep. Nadler argued that this bill "unfortunately and unjustly expands the collateral consequences of criminal convictions."

Ultimately, Rep. Gaetz modified this bill before reintroducing it in the current Congress. Whereas the 115th Congress version of this bill banned people with “a felony or drug-related misdemeanor” from violent felony convictions."

“There is no sound reason to include [a ban on those with violent felony convictions working in marijuana cultivation] in a marijuana research bill, and such bans only serve to exacerbate racial disparities that permeate our criminal justice system. That said, we have received a commitment from the Gaetz office that eliminating the ban completely is a change they support and would be happy to make.”

“The Medical Cannabis Research Act would, in theory, dramatically expand access to medical grade cannabis for researchers for scientific purposes. While the bill is imperfect as it would rely on known prohibitionist Attorney General Jeff Sessions to oversee an overly restrictive permitting process, its passage would be a step in the right direction to lay the foundation for future research into marijuana’s most beneficial properties.”

Attorney General Jeff Sessions said at a Senate hearing in 2017 that adding additional cannabis cultivators would be “healthy,” and testified at a hearing in spring 2018 that a dozen applications for additional cultivators’ licensing would be acted upon “soon.” However, nothing has been announced as of September 2018.

This bill has seven bipartisan cosponsors, including two Republicans and five Democrats, in the current session of Congress. Last Congress, this bill passed the House Judiciary Committee on a voice vote with the support of 44 cosponsors, including 19 Republicans and 25 Democrats. Most notably, House Judiciary Chairman Bob Goodlatte (R-VA), who has historically opposed marijuana reform, was an original cosponsor of this bill last Congress. Rep. Goodlatte’s support was key to this bill’s advancement last Congress.

Of Note: Currently, all federally-approved studies of medical cannabis receive their product from one subpar source. This leads to product that is weak and often moldy, potentially causing illness. In addition to being poor quality, federally-grown cannabis is also scarce. In the closing months of the Obama administration, the Drug Enforcement Administration (DEA) moved to create a process to license additional cannabis cultivators, but the Trump administration’s DEA has since blocked DEA from acting on the proposals, leaving applications from over two dozen entities unread. AG Sessions has stated that action on these applications is coming “soon,” but DOJ has made no other statements on these applications.

Some federally-funded institutions, such as universities, are interested in researching medical cannabis, but can’t do so, as it would jeopardize their federal funding.