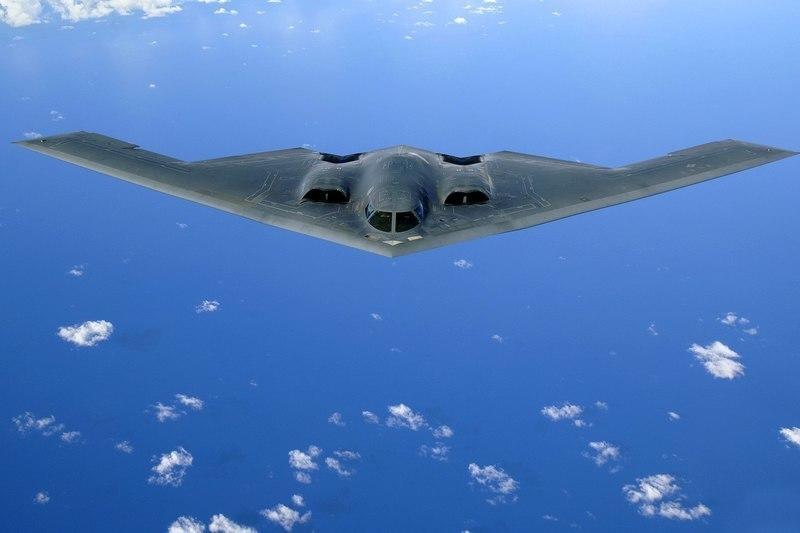 Should the Use of Force Against Iran Be Blocked & the Iraq War Authorization Be Repealed? (H.R. 550)

UPDATED - 1/30/20: The House has amended this bill to serve as the legislative vehicle for bills to prohibit the use of military force against Iran and to repeal the 2002 Authorization for Use of Military Force in Iraq. In its original form, the bill authorized a collective Congressional Gold Medal to honor the U.S. merchant mariners of World War II. A breakdown of the bill's current provisions can be found below.

Additionally, this bill would assert several findings on the part of Congress:

This bill would repeal the Authorization for Use of Military Force Against Iraq Resolution of 2002, which has been used to authorize military force against the Iraqi regime led by Saddam Hussein, al Qaeda, ISIS, militias, and Iranian forces attacking U.S. personnel in Iraq. It wouldn’t replace the repealed AUMF, effectively prohibiting the U.S. military from carrying out any counterterrorism operations in Iraq.

President Donald Trump risked a dangerous escalation of tensions with Iran by authorizing a drone strike against Iranian General Qassem Soleimani while he was coordinating with Iran-backed Shia militias in Iraq. This bill would prohibit further escalations by requiring the administration to get approval from Congress before it uses military force against Iran. It is long past time for Congress to reclaim its constitutional war powers by repealing the 2002 Authorization for Use of Military Force in Iraq. Allowing the AUMF to remain in effect would be dangerous and irresponsible, as it allows U.S. military operations in the Middle East to continue indefinitely.

This legislation would hinder the executive branch’s ability to deter aggression by Iran and protect American citizens and military personnel in the region, in addition to U.S. allies and partners. Given that the Trump administration is already on record with a veto threat, it would be a waste of scarce legislative time to consider this bill. Repealing the 2002 Authorization for Use of Military Force in Iraq without a replacement would be a grave mistake. Prohibiting the use of American military force in Iraq would give free rein to ISIS and Iran-backed proxies and create a vacuum that could destabilize Iraq & the broader Middle East.

In-Depth: Rep. Ro Khanna (D-CA) introduced his bill to prohibit the use of military force against Iran without authorization from Congress:

“Today, we are seeing a dangerous escalation that brings us closer to another disastrous war in the Middle East. A war with Iran could cost countless lives and trillions more dollars and lead to even more deaths, more conflict, more displacement in that already highly volatile region of the world. War must be the last recourse in our international relations. That is why our Founding Fathers gave the responsibility over war to Congress. Congressional inaction in the face of the threat of a catastrophic and unconstitutional Middle East conflict is not acceptable.”

The White House vowed to veto Khanna's legislation if it were to pass Congress and reach President Donald Trump’s desk because it would undermine its ability to deter Iranian aggression in the Middle East in the wake of the strike that killed Iranian General Qassem Soleimani:

“Following the successful United States action to eliminate Soleimani from the battlefield on January 2 and Iran’s retaliatory ballistic missile strike, Iran may be refraining from further aggression. This legislation would undermine the Administration’s reestablishment of deterrence with Iran, which could perversely make violent conflict with Iran more likely. Additionally, H.R. 5543 would hinder the President’s ability to protect United States diplomats, forces, and interests in the region from the continued threat posed by Iran and its proxies. Specifically, H.R. 5543’s express bar on the obligation or expenditure of any funds for any use of military force against Iran absent a prior authorization by Congress could interfere with the President’s ability to protect United States interests in the region, including the ability to protect United States citizens and allies and partners, including Israel.”

Khanna's No War Against Iran Act has the support of 93 cosponsors in the House, all of whom are Democrats.

Rep. Barbara Lee (D-CA) introduced the bill to repeal the 2002 law that authorized the use of military force in Iraq:

“For far too long, Congress has been missing in action on matters of war and peace. It is long overdue for Congress to reassert its Constitutional authority on the use of force. It is time to end giving blank checks to any President to wage endless wars. I’m pleased that House Leadership is bringing my bipartisan bill, H.R. 2456, to repeal the 2002 Iraq Authorization to Use Military Force (AUMF) for a vote. It is more urgent than ever for Congress to do its job and prevent the President from using military force without Congressional authorization. Leaving this outdated AUMF on the books, which has been used to justify the use of force throughout the world, is not only dangerous but irresponsible.”

The White House warned that her bill would be vetoed if it were to be passed by Congress and reached President Donald Trump’s desk because it would undermine national security:

“The 2002 AUMF has long been understood to authorize the use of force for, among other purposes, addressing threats emanating from Iraq, including threats such as ISIS — a group whose objectives have included establishing an Islamic state in Iraq and using that state to support terrorism against the United States — as well as threats by Iran. Through its Islamic Revolutionary Guard Corps-Qods Force, Iran conducts and directs the actions of several terrorist groups in Iraq, such as Kata’ib Hizballah. Iran and Iran-sponsored proxies continue to plan and execute attacks against United States forces in Iraq and terrorize religious minority groups and peaceful protestors throughout that country. With respect to Iran’s malign activities in Iraq, the 2002 AUMF provides critical authorities for the United States to defend itself and its partner forces as they carry out their missions against terrorist threats emanating from Iraq and in support of a stable, democratic Iraq. The arbitrary termination of the authorization would embolden our enemies with the recognizable goal of outlasting us. This bill is misguided, and its adoption by Congress would undermine the ability of the United States to protect American citizens whom Iran continues to seek to harm. It would make the world less safe, less secure, and less free.”

Lee's legislation has the support of 121 cosponsors, including 119 Democrats, one Independent (Michigan Congressman Justin Amash), and one Republican (Kentucky Congressman Thomas Massie).

Of Note: Following the strike that killed Soleimani, the House passed a resolution that would use the War Powers Resolution to halt the use of U.S. military personnel against Iran on a mostly party-line vote of 224-194.

Iranian General Qassem Soleimani was the leader of the Iranian Revolutionary Guard Corps’ Quds Force, which functions as a combination of an external intelligence agency and special operations unit. The Quds Force itself is considered a terror organization by the U.S., and supports several terror groups, including Hezbollah in Lebanon, Hamas & the Palestinian Islamic Jihad in Gaza & the West Bank, the Houthis in Yemen, and Shia militias in Iraq, Syria, and Afghanistan. The Quds Forces’ activities in Iraq contributed to the deaths of more than 600 American military personnel and the wounding of thousands more in Iraq. Soleimani, along with a senior leader of an Iraqi Shia militia sponsored by Iran, was killed by a U.S. airstrike in Baghdad in January 2020.