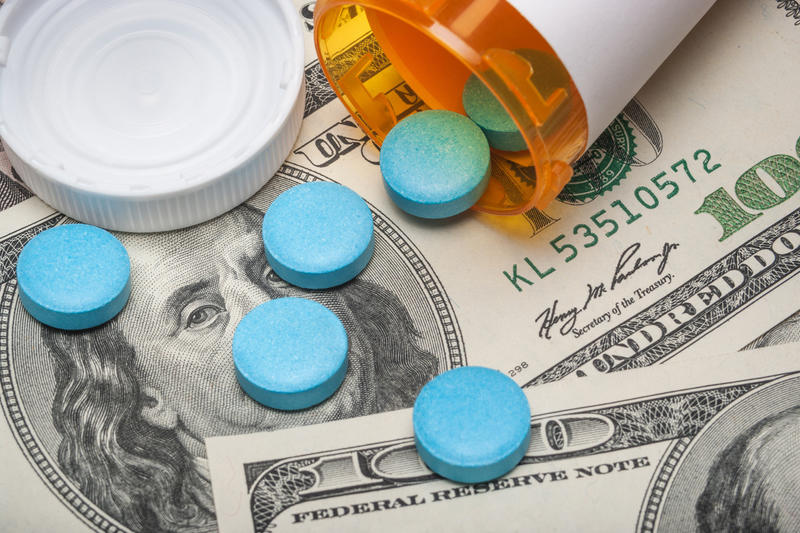 Should Patients Be Allowed to Buy Prescription Drugs From Canada? (H.R. 478)

Under this bill, the FDA would be required to register qualified international pharmacies and identify websites selling FDA-approved medications directly to consumers from licensed pharmacies. It’d also create registration requirements with multiple layers of oversight to permit U.S. pharmacies to import wholesale quantities that could be sold at much lower prices. Finally, this bill would increase penalties for online pharmacies that knowingly sell counterfeit drugs.

Prescription drug prices in the U.S. are incredibly high compared to Canada. Patients whose drugs are cheaper in Canada should be allowed to buy their drugs from there in order to keep their healthcare costs as low as possible.

Pharmaceutical companies need the revenue from their sales in the U.S. to fund innovative research that saves lives. Additionally, allowing personal importation from Canada might lead to unsafe or counterfeit medication entering the U.S., putting patients’ lives at risk.

The CBO scored similar Senate legislation, the Affordable and Safe Prescription Drug Act, introduced by Sen. Bernie Sanders, in the previous Congress. It estimated that drug importation would save $1 to $1.5 billion a year.

In-Depth: Rep. Chellie Pingree (D-ME) reintroduced this bill from the past two Congresses to allow consumers to import medications from Canada, where they’re less expensive:

“I’ve heard from so many individuals and families who don’t know what to do about shocking increases in their medication costs—whether it’s the prescription they need to manage their high cholesterol or asthma, or the EpiPen that could save their life during an allergic reaction. Just across the border in Canada, most medications are available at a fraction of the cost, because their government negotiates on price. Right now, we are denying our citizens access to those safe, lower price alternatives just to keep pharmaceutical companies happy. This bill would put an end to that and offer some much-needed relief to consumers.”

“The high cost of prescription drugs is leading some folks in Southwest Washington and across the country to skip doses, cut pills in half, or forego filling prescription drugs altogether. That’s alarming, and Congress needs to work on solutions to ease the financial burden of expensive drugs to make sure that residents aren’t forced to take these kinds of actions. Today, I’m proud to join with Congresswoman Pingree in introducing bipartisan legislation to allow the safe, responsible importation of certain prescription drugs from our neighbor to the north. If a person can save hundreds or thousands of dollars and get identical prescriptions from licensed Canadian pharmacies, Congress should move forward with a solution allow that to happen.”

After his election, then-President-elect Trump said that drug companies were “getting away with murder” in regards to drug prices. As President, Trump has backed multiple regulatory actions aimed at reducing drug costs, including approving more generic drugs and using lower international prices to save money for Medicare. He has also used his Twitter account to criticize individual drugmakers.

Dr. Joel Lexchin, a former emergency department physician and drug policy expert at York University in Toronto, Canada, says it’s “fine for an individual” to buy drugs from Canada, but the U.S. government needs to tackle drug pricing for a sustainable solution:

“Even if the US bought every pill in Canada, you have almost 10 times the population. This is not going to solve the problem of drug prices in the United States. The solution is for the US to start regulating its own prices. And you can do that.”

The Pew Charitable Trusts also points out that pharmaceutical companies could easily change their pricing to account for international personal importation:

“Importing drugs into the U.S. could also affect foreign markets, and pharmaceutical manufacturers might alter their pricing strategies. To mitigate decreased U.S. revenue, manufacturers could seek to increase their prices abroad. In addition, the U.S. market’s large size could strain the supply of pharmaceuticals, resulting in drug shortages in other countries if importation were to be implemented on a large scale.”

The pharmaceutical lobby fiercely opposes efforts to allow drug importation for personal use, arguing that U.S. Food and Drug Administration (FDA) oversight protects consumers from unsafe medications. Making their case against importation, pharmacy groups have also argued that it opens the door to counterfeit and tainted medications. The Pharmaceutical Research and Manufacturers Association of America also argues that the price spikes of a few years ago have eased, and government intervention on prices will stifle innovation and deprive patients of access to innovative medications.

Congress has passed legislation legalizing the importation of prescription drugs several times over the past 20 years. However, both Democratic and Republican administrations have opted not to implement the legislation.

Of Note: Federal regulations currently strictly limit the importation of prescription drugs from foreign countries for personal use. However, the FDA doesn’t prosecute consumers for buying medicines for foreign pharmacies for personal use. Instead, if they’re detected, such packages are intercepted at the border and their contents are returned or destroyed.

In June 2013, Maine — Rep. Pingree’s home state — set a national precedent by passing a law allowing residents to purchase prescription medication from overseas by mail. This made it the first state in the nation to formally defy the federal ban. However, in February 2015, a federal judge overturned the state law, ruling that Maine infringed on the federal government’s established regulatory authority.

In December 2016, Kaiser Health News reported that unaffordable drug prices in the U.S. were already pushing millions to buy medicine outside the country. Rachel Bluth reported:

“As drug prices have spiraled upward in the past decade, tens of millions of generally law-abiding Americans have committed an illegal act in response: They have bought prescriptions outside the US and imported them.”

In January 2019, the House and Senate held separate hearings to address high drug prices. STAT observed that the hearings could indicate Congressional action on drug prices will happen in the near future:

“Democrats here have, of late, been making far more noise about high prescription drug prices. But at two dueling hearings on Tuesday, the most powerful Republicans on each committee made their own mark… [I]ncreasing political enthusiasm for tackling drug costs could lead to bipartisan legislation, even in a divided Congress and even as the historically powerful pharmaceutical lobby pushes back.”

Rep. Elijah Cummings (D-MD), chairman of the House Oversight and Reform Committee, which held the House hearing, said that there’s bipartisan agreement that something has to be done to rein drug prices in:

“There’s a strong bipartisan consensus that we must do something — something meaningful — to rein in the out-of-control price increases. Even President Trump has said that drug companies are ‘getting away with murder. This is a matter literally of life and death, and we have a duty to act now.”

High prescription drug costs have consistently polled as a top voter concern. The January 2019 Congressional hearings particularly focused on insulin, the cost of which has risen significantly in recent years. Reuters reported that the annual cost of treating a type 1 diabetes patient in the U.S. nearly doubled from 2012 to 2016, increasing from $2,864 to $5,705.