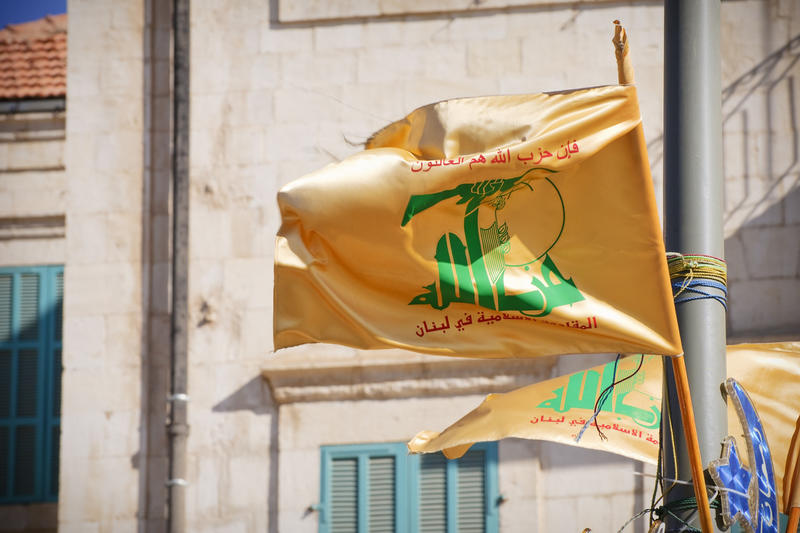 Should the U.S. Apply Terrorism Sanctions Against Iranian-Backed Groups in Iraq? (H.R. 361)

This bill — the Iranian Proxies Terrorist Sanctions Act of 2019 — would direct the president to impose terrorism-related sanctions against As-Saib Ahl Al-Haq (AAH), Harakat Hizballah Al-Nujaba (HHN), and their agents. Additionally, this bill would require the president to submit a report to the House Foreign Affairs Committee and the Senate Foreign Relations Committee on whether seven specific individuals — Qais al-Khazali, Laith al-Khazali, Akram Abbas al-Kaabi, Shibl al-Zaydi, Kazim al-Ta’i, Hamid al-Jazairi, and Ali al-Yasiri — meet the criteria for the application of terrorism-related sanctions.

Finally, this bill would direct the Secretary of State to establish, maintain, and publish an annual global list of armed groups, militias, or proxy forces receiving logistical, military, or financial assistance from the Iranian Islamic Revolutionary Guard Corps (IRGC) or over which the IRGC exerts any form of control of influence. This annual list would be published as part of the State Dept.’s Annual Country Reports on Terrorism. When appropriate, the Secretary of State could submit classified annexes to these reports to the House Foreign Affairs Committee and the Senate Foreign Relations Committee.

Iranian support for As-Saib Ahl Al-Haq (AAH) and Harakat Hizballah Al-Nujaba (HHN) is a major contributor to Iraq’s destabilization. Sanctioning these groups and their agents is an important step towards combating their influence and the violence they spread in the Middle East.

Whether Hizballah is a terrorist organization is open to interpretation. Some believe it’s a legitimate political group — as evidenced by its victory in 2018 elections in Lebanon. If Hizballah isn’t really a terrorist group, it and its agents shouldn’t be sanctioned as such.

“The Iranian Proxies Terrorist Sanctions Act of 2019 is a necessary step to hold As-Saib Ahl Al-Haq (AAH) and Harakat Hizballah Al-Nujaba (HHN) responsible for their violation of basic human rights in Iraq and across the region. These two groups have American blood on their hands and are responsible for over 6,000 attacks against the United States and our coalition forces since 2011. It is our responsibility to continue promoting peace through strength. Imposing these sanctions will send a strong message from the United States – we will not allow Iran to continue wreaking havoc in the Middle East without suffering the consequences. I am grateful to President Donald Trump for his continued leadership against terrorist organizations, and I will continue to stand up for stability and peace in the Middle East.”

In floor remarks upon introducing this bill, Rep. Wilson expounded upon the need for this bill to defend American interests in Iraq:

“[T]he murderous regime in  Tehran has a very clear policy: death to America, death to Israel. That is why Iran trains, arms, and funds militia groups to fight its proxy wars throughout the Middle East. In Iraq, these militias destabilize the country, weaken Baghdad's central authority, and do Iran's bidding. These militias directly threaten American interests in Iraq. Many of them have American blood on their hands, but they are not being held accountable for their actions by our government. That is why I introduced the Iranian Proxies Terrorist Sanctions Act… This bill will finally sanction two notorious Iranian-controlled proxy groups in Iraq, including those responsible for the September 2018 attacks on the U.S. Embassy in Baghdad and U.S. Consulate Mosul.”

“In Iraq, Iranian-backed militias beholden to Qassem Soleimani have been committing human rights abuses for years. As-Saib Ahl Al Haq and Harakat Hizballah Al-Nujaba have been threatening American troops and the Iraqi people for far too long. This bipartisan legislation is an important step towards punishing these groups and their backers for their nefarious activities in Iraq and the region.”

This bill has nine bipartisan cosponsors, including six Republicans and three Democrats, in the 116th Congress. Last Congress, Sen. David Perdue (R-GA) introduced this bill in the Senate with the support of two Republican cosponsors, and it didn’t receive a committee vote.

Of Note: The American Coalition Against Nuclear Iran contends that state-sponsored terrorism by Iran is a “defining hallmark of the Iranian regime”:

“Since the Iran Hostage Crisis in 1979, one of the defining hallmarks of the Iranian regime has been its habitual use of terrorism against the United States and its allies throughout the world and its ties to terrorist organizations. In addition to carrying out direct attacks, Iran has committed terrorism by proxy through Hezbollah, Hamas, the Taliban, militias in Iraq, Syria, Bahrain, and the Gulf and a plethora of other terrorist groups. Iran has a long history of terrorist attacks against the U.S. and other Western countries, carrying out bombings, abductions, and hijackings.”

In November 2018 comments at the Washington Institute for Near East Policy’s Counterterrorism Lecture Series, Nathan Sales, Ambassador-at-Large and Coordinator for Counterterrorism, argued that Iran is “the world’s leading state sponsor of terrorism”:

“Iran is the world’s leading state sponsor of terrorism. Period. It has held that dubious distinction for many years now and shows no sign of relinquishing the title… [T]he regime in Tehran continues to provide hundreds of millions of dollars every year to terrorists across the world. It does this, despite ongoing economic turmoil that’s impoverishing many of its people. The beneficiaries of this misbegotten largesse range from Hizballah in Lebanon, to Hamas in Gaza, to violent rejectionist groups in the West Bank, to the Houthis in Yemen, to hostile militias in Iraq and Syria… Iran provides Hizballah alone some $700 million a year. It gives another $100 million to various Palestinian terrorist groups. When you throw in the money provided to other terrorists, the total comes close to one billion dollars… Tehran’s priorities are clear. It doesn’t seek to boost economic growth at home, or to improve Iranian living standards. It doesn’t seek to reduce Iran’s growing unemployment. What the regime prioritizes, despite the country’s increasing economic distress, is buying guns and bombs for foreign terrorists… Iran has built and backed new militia forces in Syria and Iraq. This cadre of battle-hardened fighters can serve as a loyal expeditionary force for the Iranian regime. We’ve seen first-hand in recent months how dangerous these proxies can be. Two months ago, Iranian-linked militias in Iraq launched rockets at our embassy in Baghdad and our consulate in Basra. Fortunately, no one was killed, but these attacks can leave no doubt about the regime’s support for violence… Tehran is the chief patron of Lebanese Hizballah, one of the world’s most capable and worrisome terrorist groups. Thanks to Iran’s backing, Hizballah has built a fearsome arsenal. The group now has more than 100,000 rockets in Lebanon, a massive and destabilizing build-up. Indifferent to the people it purports to defend, Hizballah hides its missile factories in population centers – effectively using innocent civilians as human shields. And while Hizballah likes to tout its political role and social services in Lebanon, that’s an ill-fitting fig leaf for its true and more nefarious agenda. Let’s be clear: Hizballah is not an NGO; it is not just another political party. Hizballah is a terrorist group with a bloody record of perpetrating violence and destruction in Lebanon and Syria, throughout the Middle East, and around the world. Hizballah’s ambitions and global reach rival those of al-Qa’ida and ISIS. In recent years, Hizballah operatives have been caught preparing attacks as far afield as Azerbaijan, Bolivia, Cyprus, Egypt, Peru, and Thailand. Hizballah weapons caches have been discovered in the Gulf, in Europe, in Asia, and in Africa. In 2012, Hizballah bombed a bus in Bulgaria, killing five Israeli tourists and one Bulgarian citizen.”

In February 2012 remarks to supporters, Hizbollah’s leader, Sayyed Hassan Nasrallah, acknowledged that the organization has received “moral, and political and material support in all possible forms from the Islamic Republican of Iran since 1982.”

However, Channel 4 News FactCheck notes, not all agree that Hizbollah is rightfully classified as a terrorist organization:

“[S]ome would dispute the claim that Hezbollah are a terrorist group… to many, Hezbollah is a liberation movement, using force to legitimately resist Israeli occupation. It has evolved into a political party, as well, which [won an election in Lebanon in 2018].”

In March 2019, the State Dept. listed Harakat Hizballah Al-Nujaba and its leader, Akram al-Kabi, as Specially Designated Global Terrorists (SDGTs). David Adesnik, director of research at the Foundation for Defense of Democracies (FDD), suggests that the U.S. should continue sanctioning other Iranian-backed militias:

“In keeping with its broader strategy to counter Tehran’s influence in Iraq, the U.S. should continue to sanction Iranian-backed militias. The U.S. should next consider designating [Asaib Ahl al-Haq, an Iranian proxy that claimed more than 6,000 attacks on U.S. forces in Iraq] and its leader, Qais al-Khazali, who has broad influence over the PMF.”