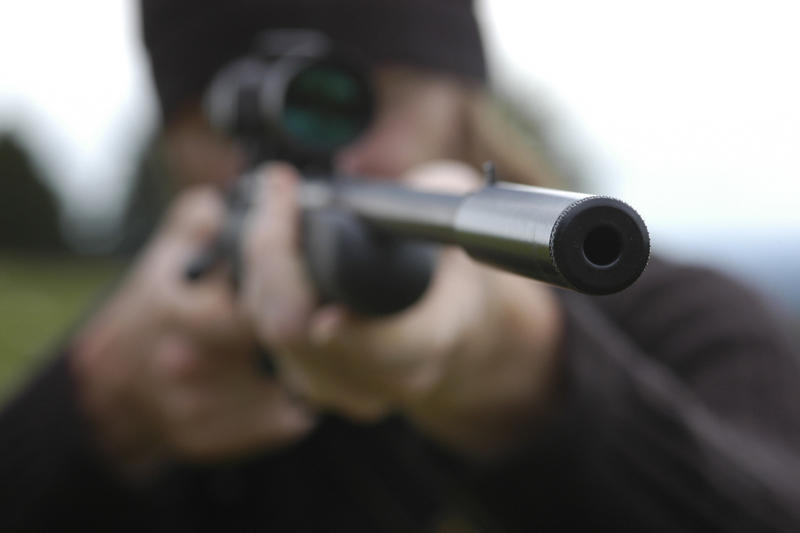 Should Gun Silencer Regulations (Except Background Checks) Be Left Up to States? (H.R. 155)

This bill — known as the Hearing Protection Act — would ease restrictions on the ownership of firearm suppressors (aka silencers) by treating any person who acquires or possesses a silencer as meeting any federal registration or licensing requirements for that silencer. Buyers of silencers would have to pass a National Instant Criminal Background Check (NICS). It would also eliminate the $200 transfer tax on silencers and allow any person who paid a transfer tax on a silencer after October 22, 2015 to receive a refund. Additionally, the bill would preempt state or local laws that tax the transfer of silencers.

Under current law, individuals are required to go through a registration process with the Bureau of Alcohol Tobacco and Firearms (ATF) before acquiring a silencer which can take about nine months.

Silencers protect the hearing of hunters and recreational shooters, and this bill would make it easier for law-abiding people to access them while keeping background checks in place to prevent them from getting into the wrong hands.

Federal deregulation of silencers would enrich the gun industry and make it easier for silencers to get in the wrong hands, thereby threatening public safety by making it difficult for first responders to identify active shooters.

Individuals who would acquire and use a suppressor; companies that make suppressors; and state governments.

In-Depth: Rep. Jeff Duncan (R-SC) reintroduced this bill from the 115th Congress to remove firearms suppressors from the National Firearms Act (NFA), making it easier for law-abiding hunters and sportsmen to protect their hearing while at the range or in the field:

“The Hearing Protection Act is a commonsense bill that is important to all sportsmen and women across the country. Personally, I have experienced hearing damage from firearm noise, and I believe easier access to suppressors may have prevented much of this damage from early on in my life. Bottom line, this bill aims to fix this health issue that has already been addressed by many other countries. Now is the time to ensure sportsmen and women can have the safety and protection they need while hunting and shooting.”

In the previous Congress, Rep. Duncan introduced this bill to “make it easier for hunters and sportsmen to protect their hearing” in states that allow the possession of firearm suppressors (aka silencers):

“I’ve been shooting since I was a young child - beginning with plinking with a .22 rifle and dove hunting with my Dad.  My hearing has been damaged  because of gun noise. Had I had access to a suppressor, it may have protected me, as well as millions of other Americans, from this sort of hearing loss. This is a health issue even recognized in Europe. It just doesn’t make any sense to regulate suppressors the way we do presently.  I think it certainly is questionable from a constitutional standpoint.  It’s striking that even Britain, which has some of the strictest gun laws in the world, has no restrictions on suppressors.”

“Suppressors do not make guns silent or dangerous, they are simply a form of hearing protection, both for the shooter and their hunting dogs. The Duncan-Carter Hearing Protection Act is common sense legislation that increases safety while shooting, allowing people to easily hear and react to range safety officers and fellow hunters.”

"The Hearing Protection Act is a common-sense step that aligns with the 42 states where private suppressor ownership is currently legal, and the 40 states where hunting with a suppressor is legal. This legislation seeks to remove suppressors from the onerous requirements of the NFA, and instead require purchasers to pass an instant NICS check, the same background check that is used during the sale of long guns. In doing so, law-abiding citizens will remain free to purchase suppressors, while prohibited persons will continue to be barred from purchasing or possessing these accessories."

Americans for Responsible Solutions expressed its opposition to this bill on the grounds that it “would make it easier for criminals to obtain these deadly weapons, escalating gun violence in American communities and allowing dangerous individuals to elude law enforcement.”

Congressman Don Beyer (D-VA) derided this bill as the "Gun Profit Protection Act" in a conference call with groups opposed to the bill, while his colleague Rep. Anthony Brown (D-MD) added:

"At a time when we should be doing all that we can to ensure the safety of our neighborhoods and law enforcement, deregulating silencers puts the public at great risk. The campaign to deregulate silencers is merely the latest attempt by the gun lobby and gun industry, in the wake of declining household gun ownership, to market yet another military-bred product that was designed for covert operations with little concern for its effect on public safety."

Of Note: NPR published an article that contains audio files of four types of commonly owned guns being fired with and without a silencer, listen for yourself here.