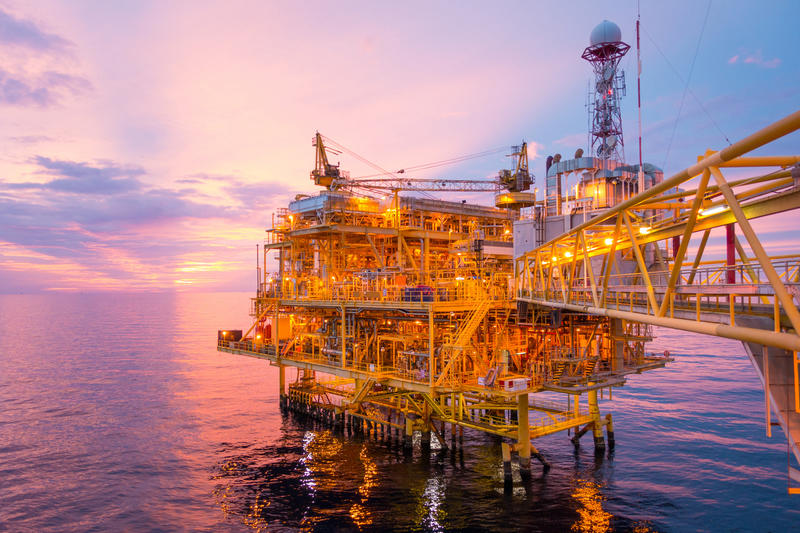 Should Offshore Drilling be Banned Off Florida’s Coast? (H.R. 205)

This bill — the Protecting and Securing Florida’s Coastline Act of 2019 — would permanently extend the moratorium on oil and gas leasing, preleasing, and related activities in areas of the Gulf of Mexico that are within 125 miles of the Florida Coast and most of the eastern Gulf of Mexico. This would have the effect of banning offshore drilling off the Florida coast.

Offshore drilling off its coast would threaten Florida’s tourism and fishing industries as well as the state’s environment and U.S. military readiness. A permanent ban on offshore drilling off the Florida coast is the only way to protect the state and the U.S. from these potential impacts.

“Water quality impacts all of Florida’s residents and visitors. I want to ensure that all areas east of the Military Mission Line in the Gulf of Mexico are permanently protected from offshore oil drilling. In 2022, the moratorium on drilling and exploration will expire. Offshore drilling will negatively affect our environment, tourism, and military readiness. I am fighting to protect our Florida coast for future generations to enjoy - Florida’s economy is dependent on clean water and a healthy environment.”

Testifying before the House Rules Committee on this bill, Rep. Rooney expounded upon the need for an offshore drilling ban to protect military readiness,  tourism, and the environment:

“The Eastern Gulf is home to the Gulf Test Range, a 120,000 square mile range that stretches from the Florida panhandle to Key West. This unimpeded training and testing area is of critical importance to our military now and will become even more important in the future, as hypersonic and drone testing increase. Our military has no better location to carry out these exercises and there is no compelling reason to place drilling interests ahead of military necessities. The proximity to major military bases and its large scale make the Eastern Gulf of Mexico area a unique asset for national defense that cannot be replicated… Additionally, Florida’s tourism economy faces an existential threat from offshore drilling,” the Southwest Florida Republican insisted. “Deepwater Horizon may be the most infamous recent Gulf oil spill but there are many other occurrences of leaks, some still happening, like the Taylor Energy spill, which has dumped over one million gallons of oil over fourteen years. The fact that there have been pipeline to well head leaks every few years by some of the industry’s best operators show that the environmental danger cannot be sufficiently eliminated to justify the risks more offshore drilling presents.”

In his testimony, Rep. Rooney added that the U.S. doesn’t need offshore drilling off the Florida coast in order to ensure its energy security:

“In addition to the risks to our economy, we don’t need to take this risk to be energy secure anymore. The United States is now a net exporter of oil, meaning that current supply exceeds domestic demand. The economic, environmental, and national security case for extending the drilling moratorium is strong. We must act now to safeguard our Gulf and our way of life in Florida.”

“I have been working with my Republican colleague U.S. Rep. Francis Rooney to do everything possible to protect Florida’s coasts from oil drilling permanently, especially as the federal prohibition for drilling off the west coast expires in 2022. Florida’s beautiful beaches and our economy are tied to clean water and clean air. Oil drilling in the Gulf of Mexico poses a serious threat to our natural environment, our economy and our national security.  According to the Department of Defense, the Gulf is a vital training area critical to readiness. Floridians are keenly aware of the negative impacts of oil and gas drilling off our coasts. It is clear that we must act now. I am glad to see all of Florida’s Congressional Delegation united at a time when President Trump has put our coastline, our environment and our economy in the crosshairs.”

Explore Offshore, a group founded by the American Petroleum Institute (the United States’ largest trade association for the oil and gas industry), supports offshore drilling in most of the United States’ waters, including off the Florida coast. The organization argues that offshore drilling is key to energy independence, national security, and jobs. Former Virginia Gov. Jim Webb, who is a member of Explore Offshore’s leadership committee, says the U.S. can’t be secure without offshore drilling. After meeting with business leaders in Pensacola, Florida, he said:

“A lot of these wells are 120 miles away from the coastline. What I try to say when I'm in Virginia and the Washington area is it's like standing in Washington D.C. and trying to see Philadelphia. My objective down here is to suggest the energy needs of the country - that we are not secure nationally unless we can be independent in our energy needs and the ability to explore offshore at this point  after these areas have been closed off for so long - would be a good move for the country to make.”

Former VA Secretary Jim Nicholson, who is also a member of Explore Offshore’s leadership team, argues that exploration in the range of 80-120 miles offshore, as the group is proposing, wouldn’t be visible from land. While he acknowledges that concerns about another oil spill like Deepwater Horizon are understandable, he argues that there have been many technological advances since then which reduce the risk of such an incident’s recurrence. To make the point that a single incident shouldn’t end offshore drilling entirely, Nicholson draws a comparison between offshore drilling and space exploration, observing, “We lost space shuttles. We didn’t stop the exploration of space.”

In January 2018, the Trump administration announced plans to allow new offshore oil and gas drilling in nearly all U.S. coastal waters, including the Gulf of Mexico, Florida Straits, and Florida’s Atlantic coast. However, opposition from both of Florida’s then-senators, Sens. Marco Rubio (R-FL) and Bill Nelson (D-FL), along with a bipartisan group of Florida’s House members, opposed the plan. Subsequently, then-Interior Secretary Ryan Zinke backtracked, declaring Florida’s environment and tourist economy made it “obviously unique” and crediting then-Gov. Rick Scott for the policy change. Skeptics saw the move as a political ploy to widen Scott’s appeal in the 2018 senatorial race against Nelson (which he narrowly won); and the administration’s position change was never codified into policy or subjected to formal review.

This legislation passed the House Committee on Natural Resources by a 24-12 roll call vote with the support of 18 bipartisan cosponsors, including nine Democrats and nine Republicans. Last Congress, it had 14 bipartisan cosponsors, including 13 Republicans and one Democrat, and didn’t receive a committee vote. The Surfrider Foundation supports this bill.

Of Note: In February 2019, the entire Florida congressional delegation wrote a letter to Acting Secretary of the Interior David Bernhardt (a former energy lobbyist) demanding that the Dept. of the Interior take formal action to prohibit drilling off Florida’s coast. They observed that offshore drilling would destroy the state’s coasts and, consequently, the tourism and fishing economies:

“Florida’s natural resources and economy, as well as the military mission as expressed by the Department of Defense, cannot bear the risk and devastating impacts of offshore drilling. We urge you to take formal action to exempt drilling off Florida’s coast form the five year plan for oil and gas lease sales. Florida’s economic well-being is dependent upon our state’s fragile and treasured coasts. Clean coasts and healthy ocean are the fundamental underpinning of jobs and revenue in our communities. Florida’s coastal communities thrive in concert with a healthy marine environment. Views littered with drilling platforms, industrialization of coastline and oil on our beaches spell disaster for Florida’s economy and our neighbors who rely on tourism, fishing and related business.”

The Florida delegation also added that the 2010 Deepwater Horizon oil spill proved that Florida’s economy and environment are sensitive to oil spills’ and offshore drillling’s impacts:

“We saw, firsthand, the destruction offshore drilling can have on ocean health, coastlines, and tourism in 2010 during the Deepwater Horizon disaster. Tourism dropped across the state, including areas that were unaffected by the rig explosion. Even without a blowout, offshore oil rigs dump tons of drilling muds, fluids, and metal cuttings -- including toxic metals and carcinogens -- into the ocean, and pose a risk to human health, marine ecosystems, and wildlife.”

The Florida delegation also argued that U.S. military interests require prohibiting drilling off Florida’s coasts. Observing that the eastern Gulf of Mexico is a critical training area for the U.S. military, and that the Dept. of Defense (DOD) has classified the area an “irreplaceable national asset” for combat force readiness, they argued that “[a]ny oil and gas development would be an obstacle to military preparedness and national security.”

The industries that would be hurt by offshore oil and gas development are worth billions. Fishing, tourism, and recreation combined are worth $37.4 billion in GDP (including $17.5 billion from the Gulf coast alone), supporting over 600,000 jobs.

Florida voters approved a Constitutional Amendment (Amendment 9) banning offshore drilling in state waters by a 68.9% vote in 2018. However, St. Pete Beach, Florida Mayor Alan Johnson says the state remains “at the mercy of what happens in Washington” on the issue of offshore drilling. This is because state waters extend three nautical miles off the coast, but states don’t have direct control over federal waters.

Johnson’s fears are valid: in November 2018, the National Marine Fisheries Service issued “incidental harassment authorizations” allowing five companies to use seismic airguns to explore potential oil and gas fields off the Atlantic coast from Delaware to Cape Canaveral (in central Florida). Ten states’ attorneys general (although not Florida’s attorney general) have joined Oceana and eight other conservation groups to sue the Fisheries Service and Commerce Secretary Wilbur Ross (who oversees the Fisheries Service) to impede the seismic survey process.

Additionally, if Congress doesn’t extend the Gulf of Mexico Energy Security Act, which imposes a moratorium on oil drilling and exploration, the Act will expire in 2022. Environmentalists warn that the subsequent legal vacuum would invite drilling in the eastern Gulf, close to Florida’s western coast.