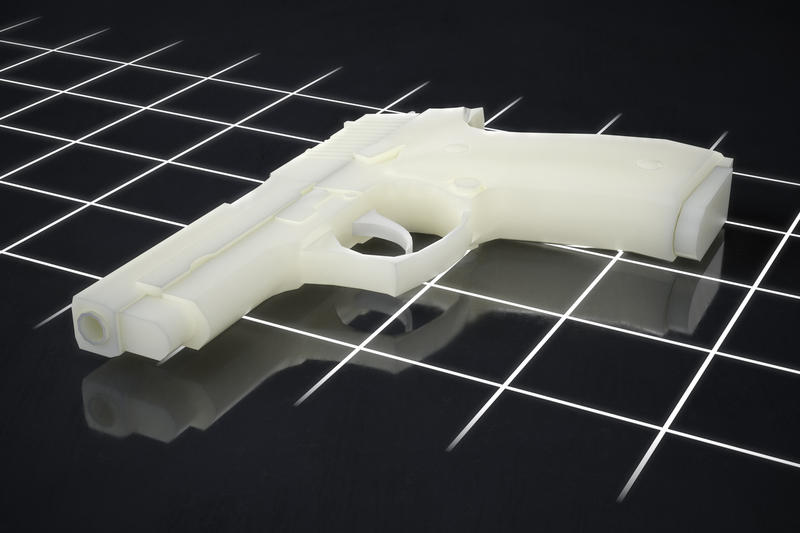 This bill would aim to ban the production of 3D firearms by prohibiting the sale, acquisition, distribution, or import of kits and blueprints for 3D weapons. It’d also require homemade firearms to have serial numbers.

3D-printed guns are unregulated and untraceable, and their availability will only worsen America’s gun violence epidemic. Allowing blueprints for these guns to be sold and shared would make it exponentially easier to get guns, endangering public safety.

The danger of 3D-printed guns is overblown. Most people won’t go to the trouble of trying to print guns. Whether the federal government can constitutionally prohibit the sharing of 3D-printed gun blueprints without violating free speech protections is debatable.

“Given the gun violence epidemic plaguing our communities, the last thing our country needs is an unregulated and untraceable source of lethal firearms,” said Pallone. “We need sensible solutions to reduce gun violence, not AR-15s available at the stroke of a fingertip. I cannot allow the Trump administration to endanger more of our children by appeasing the gun lobby and allowing unfettered access to weapons of war.”

Shortly after introducing this bill, Rep. Pallone wrote a letter to 3D printing companies, asking that they detail the steps being taken to limit the production of undetectable and untraceable firearms. In his letter, Rep. Pallone requested that the companies consider developing technology to prevent 3D guns from being printed, and take steps to discourage the printing of firearms altogether:

“Made-at-home guns that are not registered, known as “ghost guns,” are already on the rise. Individuals obtain these firearms without serial numbers, without undergoing a federal background check and without registering them with law enforcement.  These untraceable firearms have been associated with a number of crimes. Allowing broader access to the 3D printing of plastic guns will only add to this troubling problem. Not only could we see an increase in untraceable guns, the problem could be magnified because these plastic firearms are undetectable as well.  Individuals bringing plastic guns without metal parts through metal detectors at security checkpoints pose a unique threat to secure facilities including airports, concerts, stadiums, and government buildings… I know that some 3D printing companies are taking steps to prevent 3D printed guns. I commend those efforts but also seek more information regarding prevention measures.”

Cody Wilson, founder of Defense Distributed, a company that makes design schematics for homemade 3D-printed guns, argues that sharing design files is protected speech. He calls attempts to block 3D gun blueprints’ distribution an “ideologically-fueled program of intimidation and harassment,” and characterizes legal threats from AGs Grewal and Feuer as “unconstitutional prior restraint,” a term applying to government efforts to suppress publication of information it deems harmful.

Avi Reichental, the founder, CEO, and chairman of XponentialWorks, a venture, advisory, and product development firm in California, argues that 3D-printed guns aren’t as dangerous as much of the political discourse would lead one to believe:

“A 3D-printed gun ultimately functions just like any other gun… [A]re 3D-printed guns dangerous? Of course they are. All guns are dangerous. That’s their whole point. Do 3D-printed guns represent an existential threat to our society? No way. First off, although the availability issue is highly relevant, the technology itself does not yet scale. There is no economically or technically viable way to equip an army with 3D-printed guns now, nor in the foreseeable future. Moreover, there is still a significant knowledge and craftsmanship barrier to creating your own guns. Despite online forums and DIY instructions, making a gun that doesn’t blow your own hand off is still challenging enough that not everyone will try it. Market economics still rule our actions. And the fact is that if you really want a gun, there’s one significantly easier, cheaper, and completely legal way to obtain one without 3D printing: Buy it… And what about the government’s attempts to regulate 3D-printed guns more strictly? Let’s be real: There are countless ways to disseminate information in our always-connected cloud computing universe, including through the dark web and distributed or decentralized file sharing. With all due respect to the judicial system, a judge’s order is not going to shut down these kinds of activities. Applying linear law enforcement thinking to govern exponential tech-enabled behaviors like 3D gun printing is like applying a Band-Aid to a gushing wound. The dangers of 3D-printed guns make for good headlines, and regulators and politicians like headlines. But let’s face it: 3D-printed guns are only as dangerous as the individuals—currently not many in number—who make them with ill intent.”

This bill has 16 cosponsors, all of whom are Democrats.

In July 2018, the State Department settled a lawsuit with Cody Wilson’s company, Defense Distributed, that allowed it to release 3D-printed gun blueprints online. That prompted 19 states to file a lawsuit blocking the files’ distribution due to public safety concerns, leading to a temporary restraining order on the blueprints’ distribution. The case is now awaiting resolution in court.