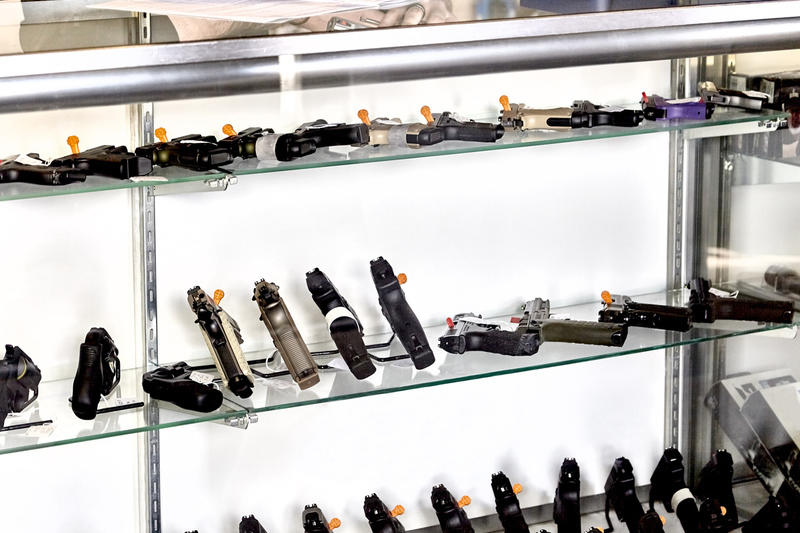 Should it be Easier to Buy Guns From Licensed Dealers Across State Lines? (H.R. 6624)

This bill — known as the Firearms Interstate Commerce Reform Act — would reduce restrictions on gun purchases across state lines by law-abiding citizens, members of the military, and U.S. government employees outside the country. It’d allow licensed firearms importers, manufacturers, dealers, or collectors to sell or deliver any firearm to a buyer in another state as long as the transaction is conducted in compliance with the laws of the purchaser’s state of residence (currently, only rifles and shotguns can be sold across state lines). It’d also eliminate the restriction that a licensee can only conduct business at gun shows in the state specified on their license.

Many states have their own firearms control laws which differ from federal laws, and it’s impossible to expect that firearms sellers will know each state’s law to ensure that their purchasers are eligible to own guns in their home state.

A CBO cost estimate for this bill is unavailable.

“As a staunch supporter and defender of the Second Amendment, I’m committed to eliminating the archaic red tape burdening gun owners who legally purchase firearms across the nation. For decades now, our gun laws have made it harder and more costly to legally purchase guns in other states and then safely bring them home. [This bill] remove[s] these burdensome and unnecessary restrictions so we can bring firearm laws into the 21st Century.”

Josh Horwitz, director of the Coalition to Stop Gun Violence, criticized this bill when it was introduced in a previous Congress, saying it would allow someone who lives in a state with tougher background checks — such as Virginia or California — to purchase a gun in a state that relies solely on the FBI’s less comprehensive databases, thereby doing an end-run around their home state’s background check process. He also argued that it would be tougher for a state to enforce illegal gun purchases for guns bought outside their boundaries. Horwitz said:

"Using state databases, point-of-contact states such as Virginia and California have State Police run background checks on would-be buyers. These checks do a better job accessing records for state prohibitions than the FBI databases, whereas other states solely rely on the FBI. By allowing buyers to circumnavigate these systems, we are allowing criminals and prohibited purchasers more opportunities to access deadly weapons."

In July 2018, the U.S. 5th Circuit Court narrowly held that the longtime ban on selling handguns over the counter to out-of-state residents is in the public interest. A three-judge panel of the 5th Circuit held that handguns often have additional regulatory pitfalls (in addition to federal regulations) in many states, and gun dealers cannot be expected to be familiar with the laws of distant areas, and therefore may be unable to comply with other states’ gun regulations.

Judge James Ho, who dissented from the 5th Circuit’s ruling, argued that the ban on interstate handgun sales effectively creates a federal waiting period and de facto tax on pistol and revolver sales for those seeking to buy guns outside of their home state that would never pass Constitutional muster:

“Imagine that, to help states enforce their anti-obscenity laws, Congress outlawed the interstate sale of books. No court would uphold such a law. After all, laws that impose broad, categorical bans—rather than narrow, precise restrictions—are by definition not narrowly tailored. And that is so whether the Government bans books or handguns… The Government’s proposed prophylaxis—to protect against the violations of the few, we must burden the constitutional rights of the many—turns the Second Amendment on its head. Our Founders crafted a Constitution to promote the liberty of the individual, not the convenience of the Government.”

The National Rifle Association (NRA) supported this bill in a previous Congress. At the time, the organization praised this bill as a measure to bring firearms regulation and control into the 21st century:

“It’s high time Congress recognizes that today’s systems of interstate commerce and information sharing are far more advanced and well-developed than in the late 1960s, and federal regulation of firearms sales (products that are legal and constitutionally-protected in every state) should keep pace with these developments.”

There are four cosponsors of this bill, all of whom are Republicans.

Of Note: Since 1998, all people buying firearms from dealers in the U.S. have been subject to computerized background checks under the FBI’s National Instant Criminal Background Check System (NICS), either by the dealer contacting NICS (directly or through a state "point of contact" agency) or by the buyer presenting a state firearms permit issued after a NICS check. Any of these systems are far more advanced than anything available in 1968 – and proponents of loosening restrictions on interstate gun sales argue that the robustness of contemporary background checks for gun purchases mitigates the need for strict controls on interstate gun sales.

Rep. Scalise was the Congressman shot when a gunman opened fire on Republicans practicing for the annual Congressional baseball game in June 2017. Despite being a victim of gun violence, Scalise is one of several congressional leaders who has continued to vigorously defend the Second Amendment in legislation this Congress.