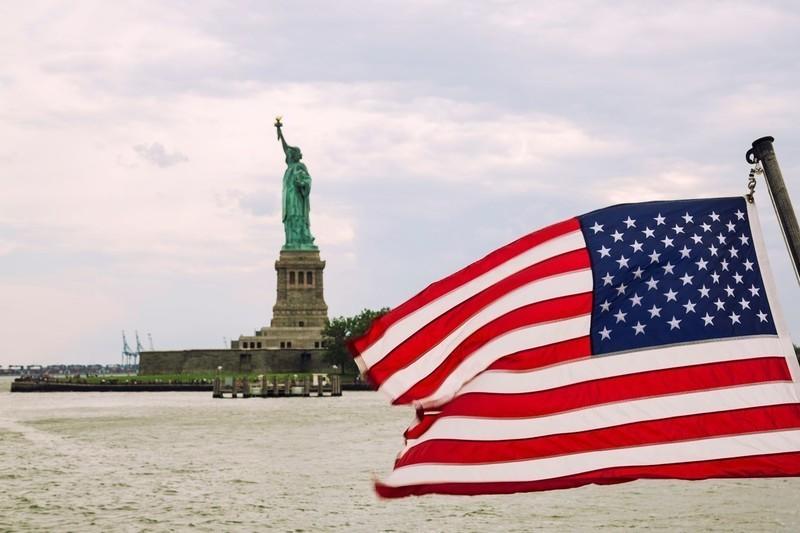 This bill — the Border Security and Immigration Reform Act of 2018 — would provide $23.4 billion in funding for border security, grant legal status to 1.8 million “Dreamers”, eliminate the Diversity Visa lottery program as part of a transition toward a merit-based immigration system, and reform asylum laws. It’d also address the separation of unauthorized immigrant family minors and unaccompanied minors, and encourage sanctuary cities and states to honor federal detainers for unauthorized immigrants they take into custody for other crimes. A summary of its various provisions can be found below.

Infrastructure & Equipment: The Dept. of Homeland Security (DHS) would be required to take necessary actions to design, test, build, install, and operate physical barriers, tactical infrastructure (like roads and lights), and technology along the U.S. border to deter and prevent illegal immigration and activities. This requirement wouldn’t apply in areas where natural terrain, natural barriers, or remoteness make such measures ineffective.

All physical barriers and tactical infrastructure needed to achieve control of the border would have to be in place by the end of the 2023 fiscal year. Before that date, DHS would be required to coordinate with relevant federal, state, and local agencies and begin eradicating carrizo cane and salt cedar along the Rio Grande River that impedes border security.

The National Guard could be used to secure the border through building barriers, operating ground- or aerial-surveillance assets. Their assistance would be subject to approval from DHS, the Dept. of Defense (DOD), and the state’s governor and would only be permitted if it doesn’t adversely impact readiness or training.

Personnel: Customs and Border Protection (CBP) would be required to maintain an active duty presence of at least 26,370 agents, 27,725 officers, including at least 1,939 air and marine operations agents by September 30, 2023.

CBP would also be required to increase the number of K-9 units with supporting personnel by at least 300; the number of horseback units by at least 100 officers and 50 horses; the number of officers on search and rescue operations by 50; and the number officers of tunnel detection and apprehension teams by 50. CBP would be authorized to pay retention bonuses to its employees of up to 50 percent of basic pay for certain employees.

Grants: HHS would make grants available under Operation Stonegarden to states which border Canada, Mexico, or have a maritime border to for equipment, personnel, or other appropriate activities as determined by the Commissioner of CBP.

Legal Status for Certain Childhood Arrivals: This section would create a renewable, six year legal status for eligible unauthorized immigrants known as “contingent nonimmigrant status” which would allow them to apply for green cards (lawful permanent resident status) after five years. Unauthorized immigrants would be eligible for contingent nonimmigrant status if they:

Unauthorized immigrants would be ineligible for contingent nonimmigrant status if they have:

Contingent nonimmigrants over the age of 18 would have to demonstrate an ability to support themselves with an annual income that’s at least 125 percent of the federal poverty level throughout the period they have contingent non-immigrant status. They’d be exempt from this requirement if they’re enrolled in school, are physically or mentally disabled, or are the caregiver of either a child under the age of 18 or an adult who is incapable of self-care because of a disability.

Contingent nonimmigrants would have to request authorization by DHS to travel outside the country and be re-admitted, and couldn’t be outside the U.S. for more than 180 days during each 6 year period they’re in contingent non-immigrant status. There would be exceptions for extenuating circumstances and military service.

The application period would be open for one year after DHS publishes its interim final rule for contingent non-immigrant applications. The process would include completing a form that includes the provision of tax documents, documents demonstrating identity (like a passport, birth certificate), a certified school transcript (as needed to comply with education requirements), and an interview. A one-time border security fee of $1,000 would also be required as part of the application process.

Unauthorized immigrants apprehended before or during the application process would be given an opportunity would be given an opportunity to apply for contingent non-immigrant status if they appear eligible for such status. Their ability to apply would be rescinded if they become ineligible for one of the above reasons, or if DHS determines their removal to be in the interest of national security.

Visa Allocations & Priorities: The Diversity Visa Program, which allocates visas by lottery each year to immigrants from countries with low levels of immigration to the U.S., would be eliminated and those visas would be reallocated to other classifications.

Of visas available to skilled workers for fiscal year 2019, 15% would be allotted to immigrants from countries that weren’t one of the two largest countries in terms of immigrants receiving visas the prior year. It’d then decrease to 10% in each of the 2020 and 2021 fiscal years.

Visas would be made available to children of individuals with contingent nonimmigrant status based on a point system, with visas being awarded first to applicants with the highest point totals. Points would be awarded based on academic achievement ranging from 4 to 40 points with more points awarded for degrees in STEM fields and those obtained at U.S. academic institutions; work experience (computed as ⅓ of the points of their education level at the time multiplied by each two year period of experience); service in the U.S. Armed Forces (30 points); and level of English language proficiency (up to 10 points). Total point scores would remain valid until the application is approved or denied, and only applicants with scores over 12 points could be awarded visas.

Each year 205,000 employment-based immigrant visas would be made available, except for the 2020 fiscal year when they’d total 175,000 visas.

Family-sponsored immigration would be reformed to eliminate preferences for married sons and daughters of U.S. citizens and for brothers and sisters of citizens.

Addressing Family Separation: This section would require DHS to maintain custody of unauthorized immigrants who enter the country with children, as those children are currently transferred to shelters run by the Dept. of Health and Human Services (HHS) while their parents await hearings. Funding would be provided for family detention space to facilitate this requirement.

If the adult is charged with felonies or other criminal activity they wouldn’t be detained along with the children. It would be prohibited to release a child to any individual other than a parent or legal guardian to enhance their safety.

So long as the unaccompanied children aren’t trafficking victims, don’t have a credible of persecution upon returning to their home country, or withdraw a request to enter the U.S. they’d be returned to their home country. If they don’t meet those criteria, they’d be transferred into the custody of the Dept. of Health and Human Services (HHS) within 30 days, and information about the individuals (ie foster parents) who take custody of the children would be provided to DHS. Special immigrant juvenile status would be granted to unauthorized immigrant children who are unable to reunite with either parent.

Additionally, unauthorized immigrants committing aggravated felonies of several classifications or gang membership would be grounds for inadmissibility or deportability.

DHS would be given increased authority to issue detainers for inadmissible or deportable unauthorized immigrants, including those arrested by federal, state or local law enforcement for alleged violations of laws related to driving under the influence. DHS could take them into custody within 48 hours (excluding weekends and holidays) — and in no circumstances more than 96 hours after their release by the federal, state, or local law enforcement agency. Those agencies would be immune from liability for relaying that information.

Individuals — or the spouse, parent, or child of a deceased victim — would have the authority to file a private right of action against a state or local government if such government entity refuses to honor a DHS detainer and the unauthorized immigrant subsequently commits murder, rape, or sexual abuse and is imprisoned for at least one year. Victims would have up to 10 years to file a claim.

Asylum Reform: DHS would be required to conduct “credible fear interviews” to determine if asylum claims are likely true, which would structured and recorded in a uniform way for quality assurance purposes. Any sworn statement would be accompanied by a supporting interview to the greatest extent possible, and interpreters could be used so long as they aren’t affiliated with the government of the country from which an asylum-seeker comes.

Asylum application forms would include a written warning of the consequences for filing a frivolous claim and penalties for asylum fraud would be established. Asylum seekers could also be removed to a safe third country as determined by DHS.

This section would authorize and provide $23.4 billion in funding to be used for border barrier construction, along with related infrastructure and technology in annual installments through fiscal year 2026. Of the total, $16.625 bill would go toward building barriers, roads, and installing lighting while $6.775 billion would go to technology infrastructure, including the development and operation of a biometric entry-exit system.

If any of the border security funding in this bill is rescinded, the contingent nonimmigrant status extended to Dreamers would be revoked.

This section of the bill would aim to prevent visa overstays by requiring the implementation of a biometric entry-exit system at all ports of entry into the U.S.

DHS personnel would be assigned to U.S. embassies and consulates in a risk-based manner to screen visa applications, including a social media review of visa applicants. Visa interviews could only be waived if the applicant is a threat to national security or they’re otherwise ineligible.

DHS would be required to continuously crosscheck individuals issued a visa against federal criminal, national security, and terrorism databases.

If a court carrying out a judicial review of a statutory or regulatory provision of this bill finds an ambiguity, it would be prohibited from interpreting that ambiguity as an implied delegation of authority to the agency or an expansion of the agency’s authority.

This compromise bill provides legal status for 1.8 million Dreamers along with funding needed to secure the border, while addressing the issues of family separation and unaccompanied minors in addition to other worthwhile immigration reforms.

While there may be some parts of this bill worth supporting, spending $23 billion on border security and cracking down and sanctuary cities goes too far. Immigration reform should be piecemeal rather than comprehensive.

In-Depth: House Judiciary Committee Chairman Bob Goodlatte (R-VA) introduced this bill to provide funding for border security and legal status to Dreamers, create a merit-based immigration system, and keep unauthorized immigrant families together as much as possible when apprehended:

“This bill brings our immigration system into the 21st century, contains a number of tools to enhance border security, prevents illegal immigration, and combats fraud: It also provides those were brought to the U.S. illegally as children an opportunity to earn a legal status. Importantly, the bill creates a new, merit-based system that is directly tied to the funding for the border wall, and the bill transitions some green card categories from extended family-based purposes to programs that reward those with the skills, work experience and education needed in the U.S. If Congress down the road seeks to rescind the funding for the border wall, new visas will not be allocated.”

"This Speaker Ryan anti-family values bill should be seen as what it is: an anti-immigrant, hastily-constructed attempt to appease various factions of the Republican Conference in order to avoid another embarrassing defeat on the House floor."