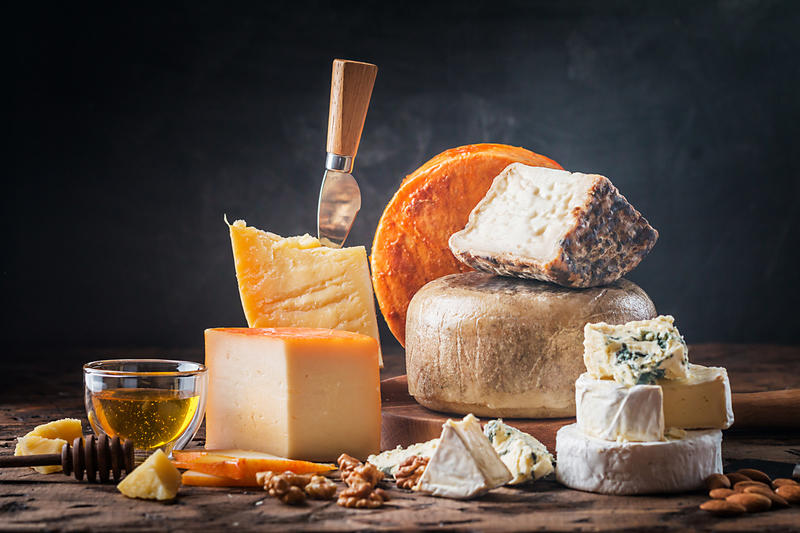 This bill, the Codifying Useful Regulatory Definitions (CURD) Act, would create a legal definition for “natural cheese”. By defining this term, which currently has no official definition, this bill would aim to provide transparency and consistently for consumers, so they can differentiate between “natural cheese” and “process cheese,” or processed cheese products. Under this bill, “natural cheese” would be defined as cheese that is produced from animal milk or other dairy ingredients in accordance with established cheese-making practices.

Consumers need accurate information about the food products they’re buying in grocery stores. Currently, the lack of definition for “natural cheese product” makes it difficult for consumers to know whether the cheese they’re buying is, in fact, real cheese made with established cheese-making practices.

This bill is a giveaway to the dairy industry that’ll create more, not less, consumer confusion. Its definition of “natural” doesn’t adhere to most consumers’ assumptions about what a “natural” product is, and will lead to consumers buying “natural cheese” that doesn’t align with what they believe they’re getting.

“Wisconsin is known for its cheese, in all its forms and varieties. Codifying the definition of ‘natural cheese’ will allow consumers the necessary information to make informed decisions when purchasing and enjoying the great products of our state.”

Original cosponsor Sen. Ron Wyden (D-OR) adds that customers should have all the information they need to make cheese purchases:

“Oregonians know full well that our state’s high-quality cheese has earned well-deserved national and international renown for both taste and quality. This bill will make sure that cheese consumers nationwide have all the information they need to understand what they’re buying at their local supermarket.”

The International Dairy Foods Association’s (IFDA) supports this bill. IFDA’s Drew Carlin points out that while the Food and Drug Administration (FDA) has guidelines on “natural” labeling, those guidelines describe specific attributes of a food’s ingredients, rather than the process by which the food is made — an important distinction in the case of cheese, as the processing of the milk product is the point of difference between natural versus processed cheese.

IFDA President and CEO Michael Dykes added that this bill is a “common-sense approach to the definition of ‘natural cheese”:

Consumer Reports (CR), an independent, non-profit member organization that works with consumers for truth, transparency, and fairness in the marketplace, opposes this bill. In a letter to the House on December 20, 2018, CR argues that this bill “would only add to consumer confusion at the supermarket and undermine ongoing efforts to make food labeling clearer and more consistent”:

“[T]his seemingly mundane bill would allow cheese to be labeled ‘natural’ even if the cheese includes artificial ingredients or synthetic substances, such as yellow food dye, or if the cheese was produced using methods or pesticides that consumers do not consider “natural” according to our recent survey. Generally, S. 2322 would permit misleading food labeling on cheese that is inconsistent with consumers’ understanding of the term “natural.” According to Consumer Reports’ nationally representative April 2018 survey of 1,014 U.S. residents, most Americans think ‘natural’ should mean: (1) that no artificial ingredients were used (81%); (2) that no added hormones were used during food production (81%); and (3) that no chemical pesticides were used during food production (79%). The CURD Act would allow the label “natural cheese” on products with any of these characteristics.”

CR also argues that this bill would undermine the FDA’s work on defining “natural” for food-labeling purposes:

“We also oppose [this bill] because it would undermine ongoing work at the Food and Drug Administration (FDA) to define ‘natural’ through a process that prioritizes the public interest and involves the input of all stakeholders. This effort intends to define the term ‘natural’ in a way that is not misleading and based on consumer understanding, and that applies to all foods in the marketplace overseen by the agency. We support this initiative, especially because our April 2018 survey found that 88% of Americans think that all companies should meet the same standard for the ‘natural’ label. Congress should not short-circuit this important work by setting a special definition of ‘natural cheese.’”

Finally, CR argues that this bill “ultimately places the interests of cheese producers ahead of the broad need for consumers to understand what they’re buying and feeding their families.”

This bill passed the Senate with an amendment by voice vote, and failed to pass the House by 230-162, as a 2/3 vote was required for its passage under suspension rules. It has four Senate cosponsors, including two Democrats and two Republicans.

Of Note: Natural cheese is made of milk or milk products (like buttermilk) and involves coagulation. Under this definition, cheeses such as cheddar, Gouda, Swiss, feta, and cheese curds qualify as natural cheese, whereas Velveeta, Kraft Singles, and Cheez Whiz are processed cheese.

U.S. cheese companies have been using the term “natural cheese” for decades, and the IFDA argues that this bill will ensure the term retains its historical meaning and narrows the FDA’s work to defining how the term “natural” is used in food product claims.