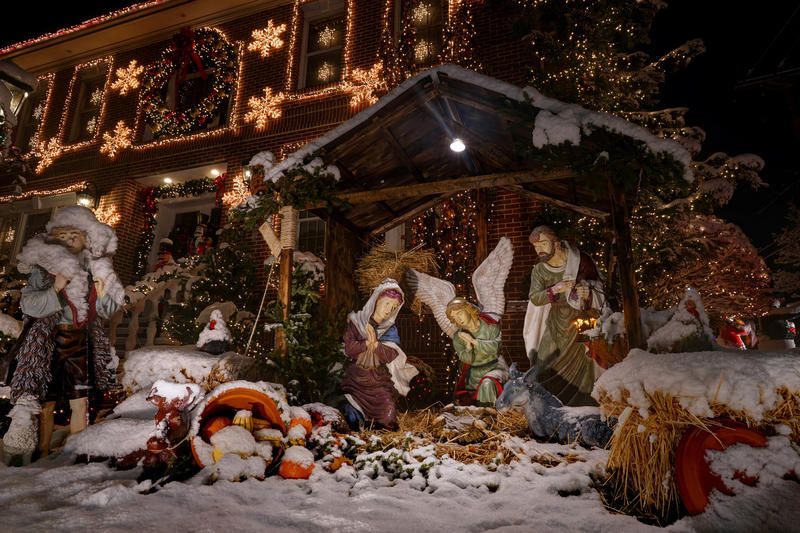 Additionally, the resolution notes that the First Amendment of the Constitution prohibited the establishment of a state religion, but does not prohibit references to religion or God in civic dialog.

As a simple resolution, this legislation wouldn’t proceed to the Senate or have the force of law if passed by the House.

Christmas symbols, traditions, and the religious holiday they celebrate have been threatened by attempts to ban them in public. Even though it's only a resolution Congress should stand against those efforts.

This is a pointless resolution. Why are our lawmakers wasting time "expressing opinions" about whether holiday and religious traditions are appropriate for public — use instead of legislating.

In-Depth: Sponsoring Rep. Doug Lamborn (R-CO) introduced this legislation to express his distaste for those trying to suppress religious Christmas symbols in public:

“Seasonal religious expression must continue to be protected for all Americans. The efforts to remove religious aspects of Christmas from the public square are not only misguided, they are unconstitutional… Regrettably, there has been a troubling effort by some in America to ban any and all Christmas celebrations and traditions from the public arena. These attacks on Christmas clearly violate the rights of religious expression our Founding Fathers deliberately provided for us in the Constitution.”

This bill has 46 cosponsors in the House of Representatives, all of whom are Republicans.