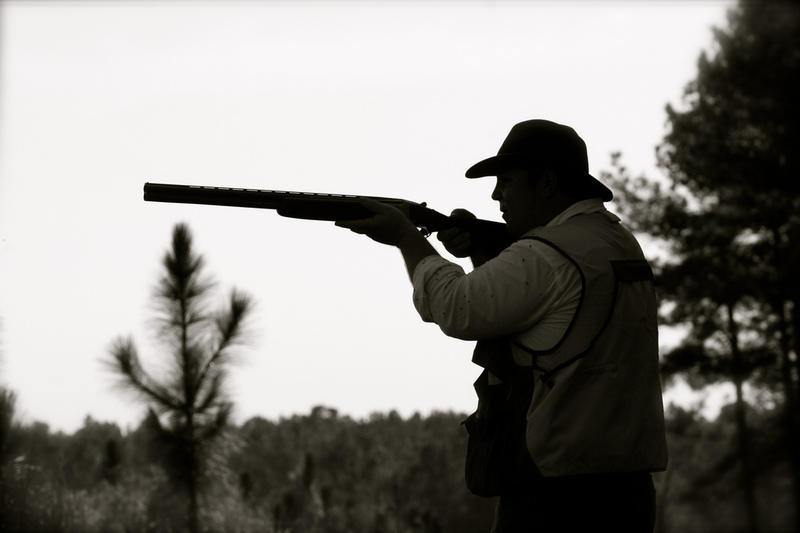 Should Recreational Hunters, Fishermen, and Marksmen Have More Access to Federal Lands? (H.R. 3668)

This bill -- known as the SHARE Act -- would revise existing programs and establish new laws related to the management of federal lands with the goal of expanding access and opportunities for hunting, fishing, and recreational shooting on those lands. It contains several pieces of legislation that have also been introduced as standalone bills, which we've broken down below.

The Federal Land Transaction Facilitation Act would be revised to allow the Bureau of Land Management (BLM) and other agencies of the Dept. of the Interior (DOI) to use funds from the sale of lands they administer to purchase inholdings (private land surrounded by federal land).

Also included within this bill would be the Recreational Fishing and Hunting Heritage and Opportunities Act, which opens up wilderness areas and other lands managed by BLM and the U.S. Forest Service (USFS) to fishing, hunting, and recreational shooting. Causes for restrictions to remain in place would include public safety or national security concerns, and other federal laws precluding those activities, in addition to discretionary limits established through a public, scientific process.

The Hearing Protection Act would be included in this bill to ease restrictions on the ownership of firearm suppressors (aka silencers) by treating any person who acquires or possesses a silencer as meeting any federal registration or licensing requirements for that silencer. Buyers of silencers would have to pass a National Instant Criminal Background Check (NICS). It would also eliminate the $200 transfer tax on silencers and allow any person who paid a transfer tax on a silencer after October 22, 2015 to receive a refund. Additionally, the bill would preempt state or local laws that tax the transfer of silencers.

Under this legislation the authority of the DOI and the U.S. Dept. of Agriculture (USDA) to regulate the use of ammunition and fishing tackle based on its lead content would be limited. Components of firearms, ammunition, and sport fishing equipment would be exempted from chemical substances regulations under the Toxic Substances Control Act.

An existing law known as the Pittman-Robertson WIldlife Restoration Act would be amended to:

The National Park Service (NPS) would be authorized to establish hunter access corridors, but wouldn’t be able to prohibit individuals from transporting bows and crossbows if certain requirements are met. Standards used to determine what constitutes a ‘baited area’ related to the prohibition on taking migratory game birds would be revised.

This bill also contains a provision aimed at preventing the illicit trafficking of animal products by requiring verification that imported polar bear parts were taken legally from approved populations in Canada before the animal was listed as threatened in 2008.

Other provisions of this bill include:

The bill's full title is the Sportsmen's Heritage and Recreational Enhancement Act.

This is a bipartisan bill that would responsibly expand access to federal lands for people who enjoy recreational fishing, hunting, and shooting.

There should be no more fishing, hunting, or recreational shooting on federal land than already takes place, or it should be further restricted.

People who would fish, hunt, or shoot recreationally on covered federal lands; the USFS; the BLM; the NPS; the Army Corps of Engineers; and the DOI.

“This bipartisan legislation is full of important initiatives that facilitate access to outdoor sporting activities and uphold the values and traditions celebrated by sportsmen and women across the United States. I am eager to continue working with my colleagues on the Congressional Sportsmen’s Caucus and in the House of Representatives to continue moving this meaningful bill forward on behalf of America’s hunters and anglers.”

This legislation enjoys the bipartisan support of four cosponsors — including three Republicans and one Democrat. Its predecessor from the previous Congress passed the House on a bipartisan 242-161 vote, but wasn't considered in the Senate.

Of Note: In a 2011 survey compiled by the DOI — the entity that oversees agencies that manage federal lands and waterways — it was estimated that there are more than 33.1 million anglers (i.e. people who fish) in the U.S., and about 13.7 million people who hunt. It further projected that anglers spent nearly $42 billion on fishing in 2011, while hunters spent $34 billion on their hobby.

The BLM, which has 245 million acres of public land under its administration, is in charge of more federal land than any other agency. It holds that title over the Forest Service, which manages 193 million acres. Together, they manage 438 million acres —  684,375 square miles — an area larger than Alaska.