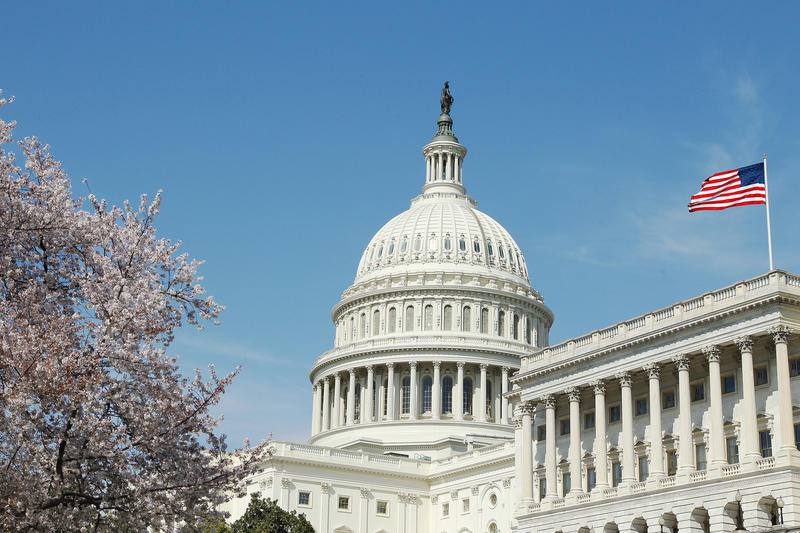 (Updated 2/8/18): This bill was amended from its original form to serve as the legislative vehicle for a continuing resolution (CR) to fund the government through March 23; increase budget caps by $316 billion over two years; provide $89 billion in disaster relief; fund community health centers for two years; raise the debt limit through March 1, 2019; and extend provisions of Medicare among other provisions. Originally the bill authorized governors to lower the flag to half-staff following the death of a first responder in the line of duty. The House subsequently used it as a vehicle for the CR, community health center funding, Medicare extenders, and a year’s worth of defense spending. A summary of the bill in its current form can be found below.

This section of the bill would fund the government at current, prorated levels through March 23, 2018 as the government is currently set to run out of funding at midnight on February 8. It would also:

The debt ceiling would be increased through March 1, 2019.

This section of the bill would provide $89.3 billion in emergency supplemental appropriations to help states, communities, businesses, and individuals respond and recover from recent hurricanes, wildfires, and other disasters. Within that total is $4.9 billion to increase Medicaid caps for Puerto Rico and the U.S. Virgin Islands for two years.

Some other key provisions of this section include:

This section of the bill would extend funding for Community Health Centers and several other public health programs for two years through 2019. Funding for the programs would be offset by shortening the grace period during which premiums could be paid, and reducing funding for the Prevention and Public Health Fund by $6.3 billion over the 2018-2027 period. Funding for these programs technically expired with the end of fiscal year 2017 on September 30.

Among the other public health programs that would be extended include:

Provisions related to Medicare Part A in this bill would:

Provisions related to Medicare Part B in this bill would:

This bipartisan bill provides sufficient funding for national defense and domestic priorities along with much needed disaster relief. It's not perfect, but it's the best chance for Congress to provide stable funding for the government over the next two years.

It may be bipartisan, but this bill doesn't increase domestic spending by as much as it does defense spending and doesn't sufficiently offset the spending hikes, meaning it'll add billions to the national debt.

The CBO estimates that enacting this bill would add $24.2 billion to the deficit over the 2018-2022 period.

“The compromise we’ve reached will ensure that, for the first time in years, our armed forces will have more of the resources they need to keep America safe. It will help us serve the veterans who have bravely served us. And it will ensure funding for important efforts such as disaster relief, infrastructure, and building on our work to fight opioid abuse and drug addiction. This bill is the product of extensive negotiations among Congressional leaders and the White House. No one would suggest it is perfect. But we worked hard to find common ground and stay focused on serving the American people.”

Senate Minority Leader Chuck Schumer (D-NY) said “this budget deal is a genuine breakthrough” that will “break the long cycle of spending crises.”

The White House released a statement of administration policy stating that the president would sign the bill into law in its current form (prior to the House vote):

"The President's top priority is to keep the Nation safe from those who wish to harm it, both at home and abroad. To do so, the United States military needs the resources provided in the Bipartisan Budget Act, which have previously been supported on a bipartisan basis in the NDAA and in multiple bills passed by the House."

"Today, the Senate will send the House a budget caps bill that was negotiated by Democratic and Republican leaders in the House and Senate. Democrats successfully secured hundreds of billions of dollars in new investments. However, we cannot allow our success in one part of the discussion to diminish our leverage in another. We have always said nothing is agreed to until everything is agreed to. In the Senate, Leader McConnell has respected the will of all Members of the Senate with his public commitment to a fair process to bring a DACA bill to the floor. Speaker Ryan's refusal to allow a bipartisan process for a DACA proposal dismisses the dignity of the House of Representatives... The Republicans do not have the votes to pass this caps bill on their own. Many House Republicans have opposed adequate funding of our domestic priorities. This proposal adds a quarter of a trillion dollars to the deficit, which is why they don't have the votes to pass the bill. These Democratic investments create jobs and economic growth. House Democrats have a voice and must be heard. These are the reasons I am voting against the bill."