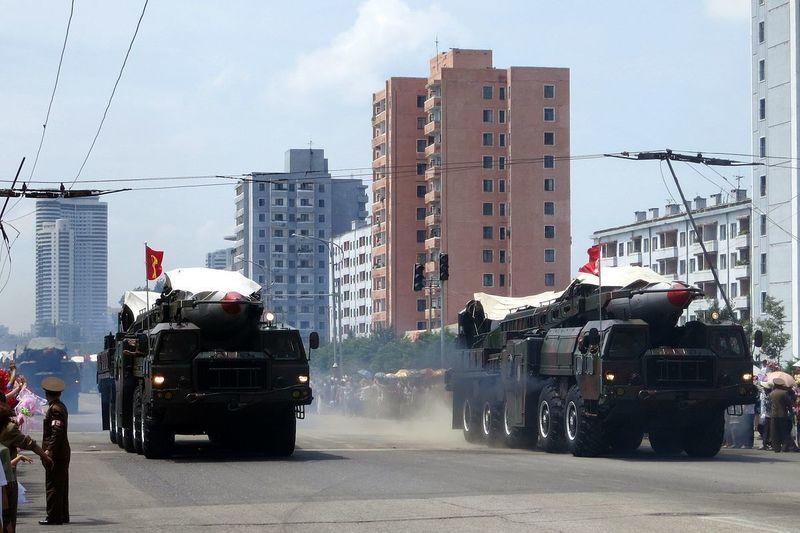 Should Sanctions on North Korea be Strengthened? (H.R. 1644)

This bill would strengthen sanctions against the North Korean regime for its nuclear weapons program and human rights violations. It sanctions individuals who are involved in the use of North Korean forced labor, who buy metals from or provide military fuel to the regime, and prohibits accounts that can be used to gain access to U.S. currency. Goods produced in whole or in part by North Korean forced labor would be prohibited from entering the U.S. Aid to foreign governments that buy or sell North Korean weapons would be cut off.

This bill would require the executive branch to determine within 90 days whether North Korea should be re-designated as a state sponsor of terror. It’d also require a report on cooperation between North Korea and Iran on the two countries’ nuclear weapons programs, and a report on the implementation of U.N. Security Council resolutions sanctioning North Korea by other countries.

The North Korean regime continues to flagrantly abuse the human rights of its people and develop nuclear weapons in violation of international law. This strengthens sanctions on those who enable the rogue state’s weapons program and human rights abuses.

Strengthening sanctions against North Korea will only further back the regime into a corner, and could cause Kim Jong Un to act out even more, potentially starting a war. Diplomacy through direct talks should happen in advance of any sanctions.

North Korea and the nations or individuals who are connected to its nuclear weapons program or its use of forced labor; and the federal government.

The CBO estimates that enacting this bill would cost $10 million over the 2017-2022 period.

“North Korea’s nuclear arsenal poses a growing and urgent threat to the United States.  Soon, many believe the Kim Jong Un regime will be able to target all 50 states and our Asian allies with a nuclear warhead… Last month a U.N. report made clear that North Korea is using ‘increasingly sophisticated’ tactics to evade existing sanctions.  Networks of middlemen and banks are succeeding in ‘moving money, people… arms and material, across borders’ while sanctions enforcement by other nations ‘remains insufficient.’  This legislation will expand U.S. sanctions to target these front companies and enablers that fund the Kim regime’s nuclear program and human rights abuses.”

The House Foreign Affairs Committee passed this bill on a voice vote. It currently has the support of 23 cosponsors, including 14 Republicans and nine Democrats.

Of Note: In February 2016, legislation directing the president to look into North Korea’s “sanctionable activities” was passed by Congress nearly unanimously and signed into the law by then-President Barack Obama. In April 2017, the House passed a bill calling on the State Dept. to evaluate re-designating North Korea as a state sponsor of terror on a 394-1 vote.