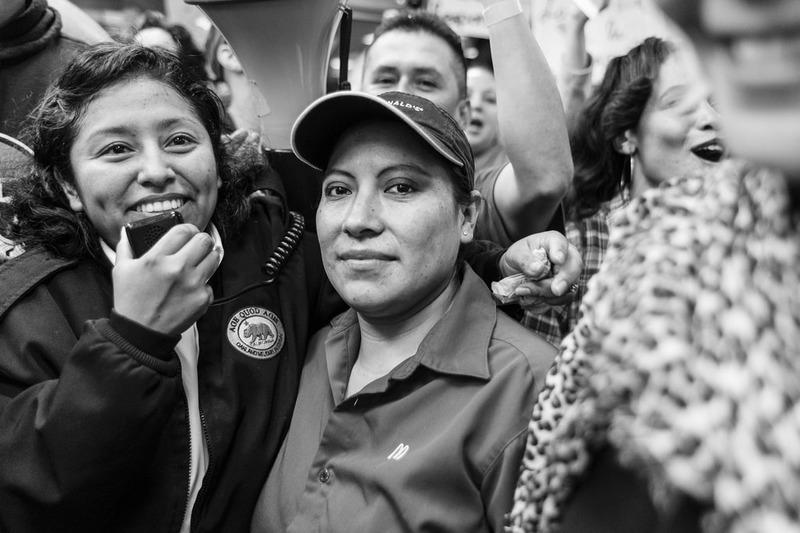 $13.55 an hour wouldn't be set in stone, as the federal minimum wage would be re-calibrated every four years to adjust for inflation — unless the adjustment would result in a lower wage in which case no adjustment would be made.

Economic inequality is rampant in the U.S. today. Raising the minimum wage will ensure that workers can support themselves and their families while helping in the economy grow in a sustainable way.

Why should the minimum wage for a single person with no dependents be above the poverty level for a family of four? This bill will cost people their jobs and increase unemployment.

In-Depth: Currently the federal minimum wage is $7.25 per hour. 29 states and the District of Columbia have state minimum wages that exceed the federal level. D.C. has the highest minimum wage, set at $9.50 an hour. Washington state boasts the second highest at $9.47 an hour.

Sponsoring Rep. Al Green (D-TX) introduced this legislation in the last Congress and said his bill “should accelerate the growth of our economy and provide greater opportunity as well as prosperity for all Americans, not just the privileged few.”

This legislation has the support of seven cosponsors in the House, all of whom are Democrats.

Of Note: In February 2014, the CBO analyzed the effects of two minimum wage increase proposals — one that would raise the minimum wage from $7.25 to $9 per hour, and another that would raise it to $10.10 per hour. The CBO’s central estimate for the $9 per hour proposal projected a decrease in employment of 100,000 workers, while its central estimate for the $10.10 per hour option was a decrease of 500,000 workers. It also found that of the $31 billion in increased wages that would be earned, only 19 percent of that total would go to families earning below the poverty level, while 29 percent would go to families earning more than three times the poverty level.

The findings of the CBO’s analysis seem to coincide with those of other research, including the American Action Forum — that found that a $1 increase in the minimum wage corresponded with a 1.48 percent increase in unemployment. The Mises Institute describes the underlying relationship between the minimum wage and employment:

However, the Economic Policy Institute’s research on the minimum wage offers dissenting findings from both the CBO and other sources. It projects that increasing the minimum wage to $10.10 per hour would create an additional 84,800 jobs across the U.S. while increasing national income for affected workers by nearly $35 billion.