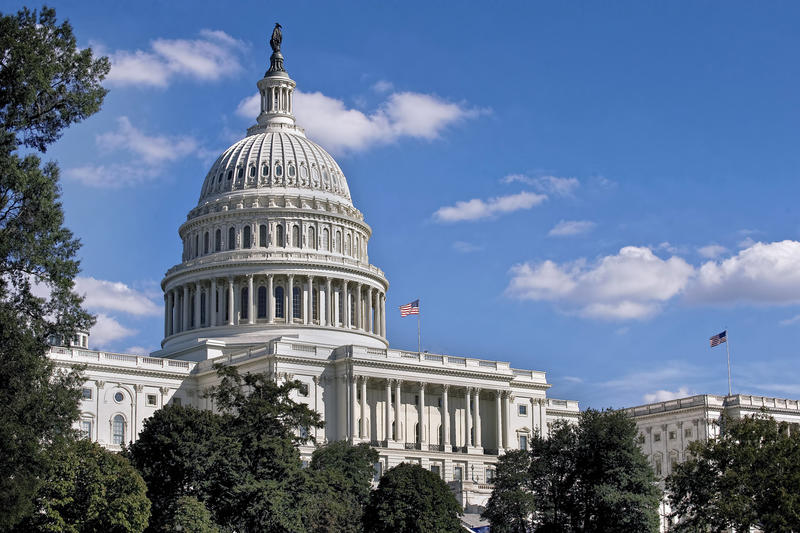 This bill was amended from its original form to serve as the legislative vehicle for extending government funding through February 8, 2018; reauthorize the Children’s Health Insurance Program (CHIP) for six years; provide missile defense funding; and extend delays to healthcare taxes imposed by the Affordable Care Act (aka Obamacare). It would also provide back pay for members of the military and federal workers furloughed due to a government shutdown during fiscal year 2018. The government shutdown ran out of funding on January 19. Originally, the bill restricted the distribution of free, printed copies of the Federal Register to members of Congress and other officers and employees of the U.S. A summary of the bill in its current form can be found below.

This section of the bill would provide funding to keep the government operating at its current spending levels through February 8, 2018. It would also provide funding for missile defense activities, NASA space programs, the Dept. Agriculture’s Electronic Benefits Transfer summer program, Small business Administration 7(a) loans, and make adjusts to subsidized Section 8 housing vouchers for areas affected by major disasters. It would also provide back pay for members of the military and federal workers who were furloughed because of a government shutdown during fiscal year 2018.

This section of the bill would extend funding for the Children’s Health Insurance Program (CHIP) through fiscal year 2023. Additionally, it’d reauthorize the following through FY2022:

Beginning in fiscal year 2020, state child-health plans would be allowed to adopt more restrictive eligibility standards for children in families whose income exceeds 300 percent of the poverty line.

The bill would extend funding for the Childhood Obesity Demonstration Project and the Pediatric Quality Measures Program through 2023. Funding for outreach and enrollment grants would also be extended, and “parent-mentors” trained to assist families with children who don’t have health insurance would be eligible to receive them.

Under current law states are provided with an enhanced Federal Matching Assistance Percentage (FMAP) through fiscal year 2019. This bill would maintain the enhanced FMAP in fiscal year 2020 before returning to the pre-Obamacare matching rate in FY2021, FY2022, and FY2023.

This continuing resolution is needed to keep the government open while Congress negotiates a long-term deal. It also wisely reauthorizes CHIP for six years to provide healthcare for children, provides funding for the military’s missile defense activities, and lengthens delays to several Obamacare taxes.

There comes a time when Congress has to stop kicking the can down the road and do its job. While the bill at least reauthorizes CHIP, the government should still shutdown because this bill does nothing to address the status of the so-called Dreamers or provide a full year’s funding for the military.

Children receiving health insurance through CHIP; and the federal government.

“Once again, a Continuing Resolution is needed to provide government funding and avoid a shutdown. My hope is that House and Senate Leadership and the White House can reach consensus quickly on a budget agreement, so that essential Appropriations work on all 12 government funding bills can be completed. We are now four months into the 2018 Fiscal Year, and Congress must act as soon as possible to ensure that proper, year-long funding for our national defense and other critical federal programs is enacted.”

Democrats have threatened to withhold their support for a continuing resolution if Republicans don’t first agree to address the status of the so-called Dreamers, who will lose their legal status with the expiration of the Deferred Action for Childhood Arrivals in March.

The White House said in a  statement of administration policy that "short-term funding measures are not ideal, but a lapse in funding for the Federal Government would be even more harmful for our military and our national security." It added that if this legislation were to arrive on President Donald Trump's desk that he would sign it into law.