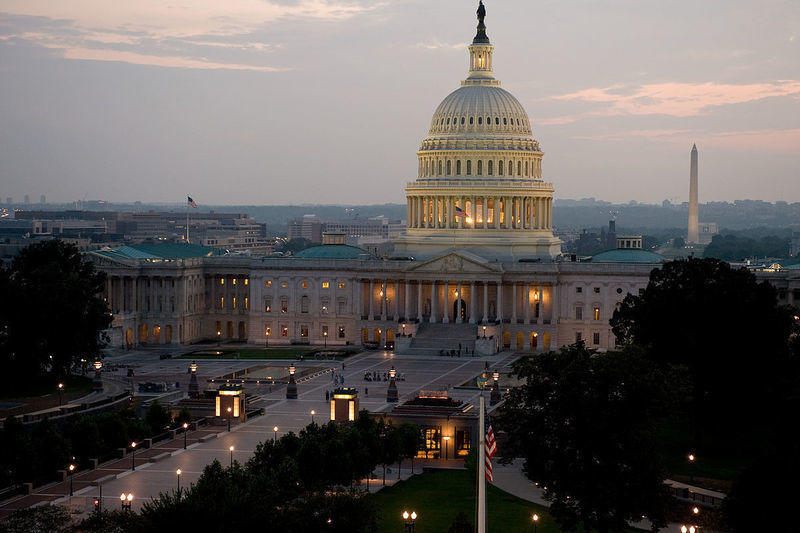 Omnibus: Funding the Gov’t Through September With $1.1 Trillion in Spending (H.R. 244)

Update May 1, 2017: This legislation was co-opted through the amendment process to serve as the legislative vehicle for a $1.1 trillion omnibus appropriations bill to fund the government through the end of fiscal year 2017. Originally it was known as the HIRE Vets Act, and created a medallion program that awards to businesses which have a verified track record of recruiting, employing, and retaining veterans and provide community and charitable services to the veteran community.

In its current form, this bill would provide $1.163 trillion to fund the government through the end of fiscal year 2017 on September 30. It would meet the base discretionary spending cap of $1.07 trillion imposed by the Bipartisan Budget Act of 2015, while providing additional funding for national defense, border security, and other emergency needs. A total of $93.5 billion in Overseas Contingency Operations (OCO) / Global War on Terrorism (GWOT) funding would be provided to combat ISIS, support U.S. allies, and fund diplomatic and humanitarian missions. Emergency and disaster funding would total $8.1 billion to address needs arising from fires, floods, and other extreme weather events.

Defense: $593 billion in funding would go to defense, an increase of $19.9 billion over the last fiscal year, of which $14.8 billion goes to OCO / GWOT accounts. Military personnel and pay accounts for $132.3 billion of the funding, and a 2.1 percent pay raise for the military would be fully funded instead of a 1.6 percent raise as requested by the previous administration. This would allow the military to provide for 1,305,900 active-duty troops and 813,200 Guard and Reserve troops. Other military appropriations include:

Labor, Health and Human Services, and Education: $161 billion would go to these three agencies, a decrease of $934 million from fiscal year 2016. In general, this funding goes toward medical research, public health, and biodefense, as well as support for the comprehensive approach to combat the opioid epidemic. No new funding for Obamacare would be provided under this bill. Other provisions of this section include:

Agriculture: $153.4 billion in mandatory and discretionary funding, an increase of $12.8 billion that’s driven in part by growth in mandatory spending. Discretionary funding would decrease by $623 million. Funding in this section of the bill would go to programs supporting U.S. agriculture, rural communities, food and drug safety, and nutrition for those in need. Provisions of this section include:

Transportation, Housing & Urban Development: $57.7 billion would be provided to these two agencies, up $550 million from the year prior, which funds land, air, and sea infrastructure projects and housing for low-income or vulnerable households. Transportation funding levels match those approved in the FAST Act in 2015. No funding would be provided for high-speed rail.

Commerce, Justice, and Science: $56.6 billion would be allocated to funding federal law enforcement, national security, reducing drug use, trade enforcement, and space exploration — up $833 million from fiscal year 2016. Funding to the Dept. of Justice and Dept. of Commerce would be reduced by $143 million and $9 million, respectively, while NASA would get an additional $368 million. Notable provisions of this section include:

State & Foreign Operations: $53.1 billion would be provided, down $594 million from the year prior when extraordinary costs for famine prevention, relief, and mitigation are excluded. Of this, $16.5 billion is OCO funding that’d support operations in Iraq, Afghanistan, Pakistan, and other areas of instability and conflict while another $990 million would go to international famine prevention. Provisions of this section include:

Homeland Security: $42.4 billion, an increase of $1.45 billion from the year before, would go to providing for border and immigration enforcement, customs activities, protection against cyber terrorism, natural disaster response, and smuggling operations into the U.S. It’d provide for additional hiring of Customs and Border Protection (CBP) and Immigration and Customs Enforcement (ICE) personnel and expand detention and removal programs for unauthorized immigrants. The Secret Service would receive an additional $131 million for additional costs related to protecting the president.

Energy & Water: $37.8 billion would be provided for national security efforts including nuclear weapons activities and energy and water infrastructure investments, an increase of $586 million over the previous year. Provisions of this section include:

Interior & Environment: $32.28 billion, an increase of $121 million, would go to the Dept. of the Interior, the Environmental Protection Agency (EPA), the Forest Service, the Indian Health Service and other independent and related agencies. Notable provisions of this section include:

Financial Services & General Gov’t: $21.5 billion would be provided under this section, a decrease of $2 billion over the prior year. The Internal Revenue Service (IRS) would see its budget frozen at the level it was at in 2016, and it’d be prohibited from doing the following:

The District of Columbia also receives its funding from this section. DC’s school voucher program, created by the SOAR Act, would be reauthorized through calendar year 2019. The prohibition on federal and local funds from being used for abortion or marijuana legalization would be maintained, as would the use of federal funds for needle exchanges in the District.

Legislative Branch: $4.4 billion would be provided for the operations of the House, Senate, up $77 million from fiscal year 2016. The Capitol Police, Architect of the Capitol, Library of Congress, and Government Accountability Office are some of the notable entities getting funding in this section.

This omnibus spending bill represents a compromise between Republicans and Democrats and Congress, and will provide funding through the rest of fiscal year 2017.

This legislation cuts funding for too many vital federal programs, from renewable energy to blocking all new funding for Obamacare. A shutdown would be preferable.

The entirety of the federal government and any individual, entity, or foreign government that receives assistance from it.

“This package of the remaining Appropriations bills is the result of over a year’s worth of careful and dedicated efforts to closely examine federal programs to make the best possible use of every tax dollar. This legislation will fund critical federal government activities, including our national defense, and enact responsible funding decisions to target U.S. investments where they are needed the most. It also maintains and enhances policies that bolster economic growth and support the core values that our nation is built upon. It is time that we complete this essential work. It is a solid bill that reflects our common values and that will help move our nation forward, and I urge its quick approval by the Congress and the White House.”